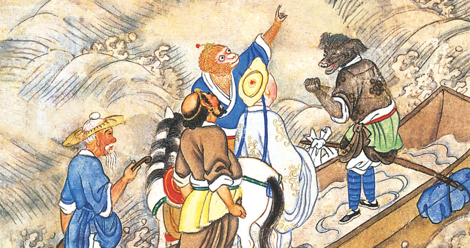 A month ago, I was going down the escalator to the Taipei metro when I saw my friend’s twitter status: “@ the world – stop making monkey king hot.” I briefly wondered what that meant, and then, lo and behold, I looked up to see the monkey king himself, Sun Wukong, plastered across the metro wall. 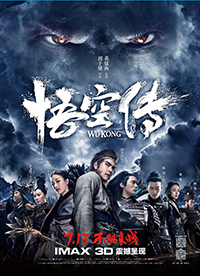 Turns out, it was an advertisement for Wu Kong, a sort of fantasy adventure Monkey King prequel movie. I swear, with each new iteration of Monkey King related media, Sun Wukong becomes more and more human-like and therefore, some might say, way more hot. In any case, the good ol’ monkey king of Journey to the West fame has been on my mind.

Like a lot of other kids, I grew up learning about the monkey king. Unlike other kids, I didn’t meet Sun Wukong through Chinese cartoons. Instead, I read about him and, of course, fell in love with his no-good, heaven-defying ways. You can imagine the appeal of a rascal hero who travels to the world’s end to prove he’s all that… and pees on a pillar to mark his territory, only to discover it was Buddha’s finger all along. 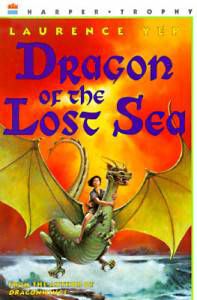 The first time I encountered the monkey king in fiction was Laurence Yep’s Dragon of the Lost Sea series. The series follows the haughty and majestic exiled dragon princess Shimmer on her quest to regain her sea kingdom. Along the way, she gains the help of the orphan Thorn, and later, Monkey King. Whenever the monkey king entered the fray, I knew the chapter would turn out alright — there was nothing that a few snarky quips and a skillfully wielded magical staff couldn’t solve.

Then, in middle school, the author of the Cultural Revolution memoir, Red Scarf Girl, visited my school. As part of our language arts unit, my teacher read us stories from Ji Li Jiang’s book The Magical Monkey King: Mischief in Heaven, which retold all the most famous Sun Wukong tales. It’s kind of funny that I learned more about Sun Wukong during those 6th period readings than during fifteen years of Chinese school, but there you go.

Curious about the monkey king, I ended up borrowing a translation of Journey to the West from the library to read. I don’t remember which translation it was, only that it was very, very dry. (Proof: The phrase “metabolic transmigration” made an appearance.) Someday, I’ll buckle down and read Journey to the West properly… maybe.

And of course, I can’t forget Gene Luen Yang’s American Born Chinese. In the graphic novel, Jin Wang’s struggle to reconcile with his Chinese American identity is woven together with the story of the monkey king. Talk about #relatable, amirite? (Sorry, I’ll see myself out.)

Oh, and I’d be remiss if I didn’t mention one of my all-time favorite short stories: Zen Cho’s Monkey King, Faerie Queen. Definitely check it out – it’s a short (and super delightful) read.

At every point in my life, there’s been some kind of monkey king related thing out there for me to read. And now is no different. The book I’m pretty darn psyched to start reading ASAP is The Epic Crush of Genie Lo, which I hear involves the monkey king – and in human form, maybe? (Eep. I don’t know if I’m recovered enough from the shock of seeing Wu Kong in the Taipei metro for this. But I guess this is happening.)

I think The Epic Crush of Genie Lo is the first YA book to include the monkey king. If I’m wrong, then um, excuse you, what are you waiting for? Hurry up and tell me what I’m missing! But seriously, tell me. And if you grew up hearing about the adventures of Sun Wukong, let’s talk about it. But like, maybe after I read the latest monkey king related piece of fiction in my life.