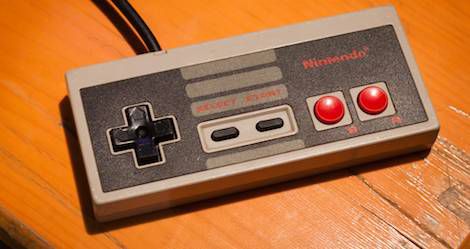 I am what you might call as casual gamer, these days. For the last few weeks, I’ve been working my way, slowly slowly, through Yoshi’s Wooly World. It’s a game for the Nintendo WiiU where Yoshi finds himself in a land made entirely of yarn. It’s flipping adorable. And while it’s not a difficult game (like, especially because I’m playing in casual mode — hey, this is how I relax, not how I make my money), it’s taking me a long time to work through, both because my downtime is a precious limited commodity to divide between all my media loves, and because there is a heck of a lot of stuff to collect in this completionist’s dream of a game.

It was while I was playing, though, and redoing a level looking to collect all the gems and balls of yarn and other bits and bobs, that I started to think about the relationship between being a careful reader and being a careful game player. As I ran through the level looking for tells suggesting where I should explore more — like a background changing texture or a line becoming less defined — I thought about how, as experienced readers, we learn from the rhythm of the text when to slow down and take our time, and when we can skip and skip. We know from reading widely and consciously how to tell when something bad is about to happen (so we can put the book in the freezer) or when the author is building to something.

How often have you told someone that you can’t put your book down yet, because you’re “just getting to the good part”? How do you know that? You just kind of… do, right?

This sensitivity to what and why we’re being told something extends to all different aspects in our lives. When those studies show that readers are more empathetic, I often wonder if this is really what is being reflected back to us: the idea that books train us to attend to the subtleties in life, to notice a change in a pattern or a rhythm, that also extends to a reader’s experiences with the people in their life. (“Hey, he has stopped using metaphors. WHAT DOES IT MEAN?”)

In some ways, this is the real argument for making all freshmen take six credits of English — they’re learning how to attend to a text, a skill that, whether it’s Moby-Dick or six chapters from a biology textbook, will stand them in good stead.

But I digress. Back to the important stuff in life: gaming. This experience with Yoshi is not the first time I’ve found my readerly self in the driver’s seat as I game. When I used to play World of Warcraft religiously (ah, grad school), I often paired up someone who assigned me the “job” of reading all the quests, because he always missed a key detail — like the location of the beasts we were supposed to kill or the name of the NPC we were supposed to return to — and was forever getting lost and wasting time. I always found our partnering funny, because I was lower level playing a Priest specced to be not much good at anything (my favourite thing about WoW was running around and chatting with people, and you don’t actually have to be good at the game for either of those things), but it was still worth it to him to have me around because of all the time we saved because I could read the quests thoughtfully.

Now if that ain’t the best use for a PhD in English you ever did hear of, then there’s no saving you.