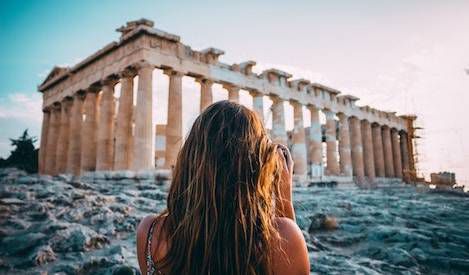 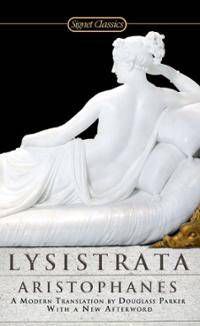 is an old play. Written by Aristophanes and first performed in 411 BCE, the comedy centers on a group of women, led by the titular character, who have grown tired of losing their husbands and sons to the Peloponnesian War and have decided to do Something about it. Their plan is simple: deny their partners sex until the less-than-responsible male parties agree to a viable treaty.

It’s also a funny play. The puns are excellent, even in translations (alas, I took Latin, not Greek). The discussions of boudoir wear and vicious erections remain bawdy and hilarious all of these centuries later. A foundational interpretation of the War of the Sexes, Lysistrata also remains one of the more clever, nuanced, and timeless ones.

Beneath the surface humor, though, is social commentary centuries ahead of its time.

Do I think Aristophanes was a feminist? I do not. Yes, there are plenty of women who stepped outside of traditional roles back in the olden days (Artemisia I, Queen Boudicca, Deborah, Lady Fu Hao) and yes, the ladies do win the day at the end of the play, but, as mentioned previously, Lysistrata is a comedy and the role reversal is meant to entertain in the same way the fool entertained the king in the Middle Ages.

There’s authorial intent, though, and then there’s acquired contextual relevance. Lysistrata, no matter what Aristophanes intended it to be, is a cutting commentary on gender politics and equality. It is particularly relevant at this moment because the Trump administration is systematically stripping women of our reproductive rights. Again, a council of old, white men seems to think they have the right to make such life-altering decisions for all women and as with the Peloponnesian War, that cannot stand.

What can we do?

Like Lysistrata and her sisters, we can see these men (these men, not all men, chill fellas) for what they are and we can, and must, resist. 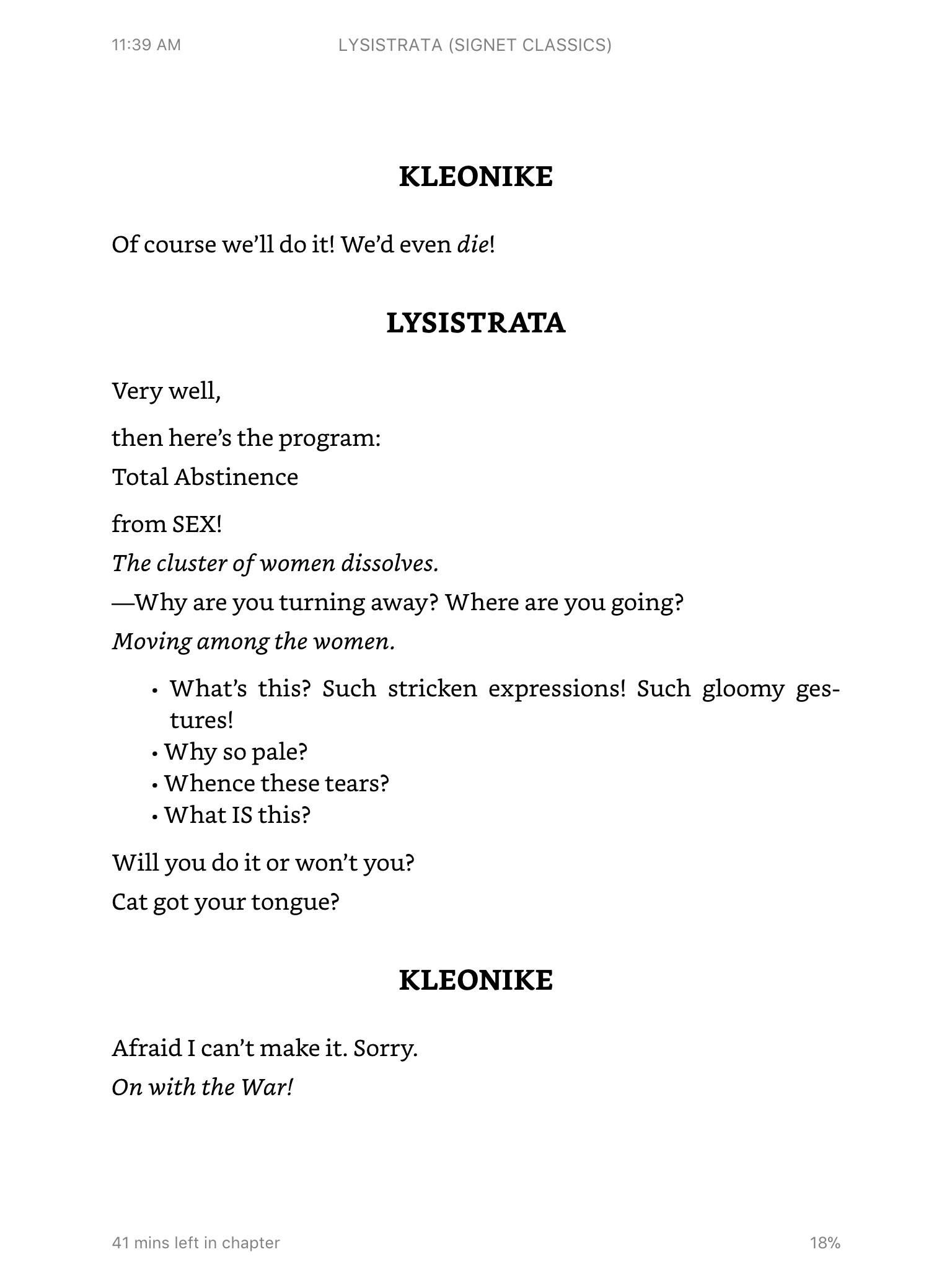 This isn’t going to be an easy fight. It would be really nice if something worth doing was quick, simple, and clean, but that is rarely the case. Resistance is ugly and dirty and often involves doing things we’d rather not do or not doing things we’d like to do. For the Greek cohort this meant complete abstinence which, from the passage above, you can see almost cost the general her army. Like them, we may be shamed. We may be mocked and threatened. Those of us who are introverts may have to stand up and scream. Those of us who prefer action may have to hold back, be patient. We may have to work late into the night after we’ve already worked full days, spend time away from our families. We will most certain have to shatter taboos surrounding “appropriate” public discourse. So be it. If we stick together, sisters, we can do anything from ending a war to taking our rights. 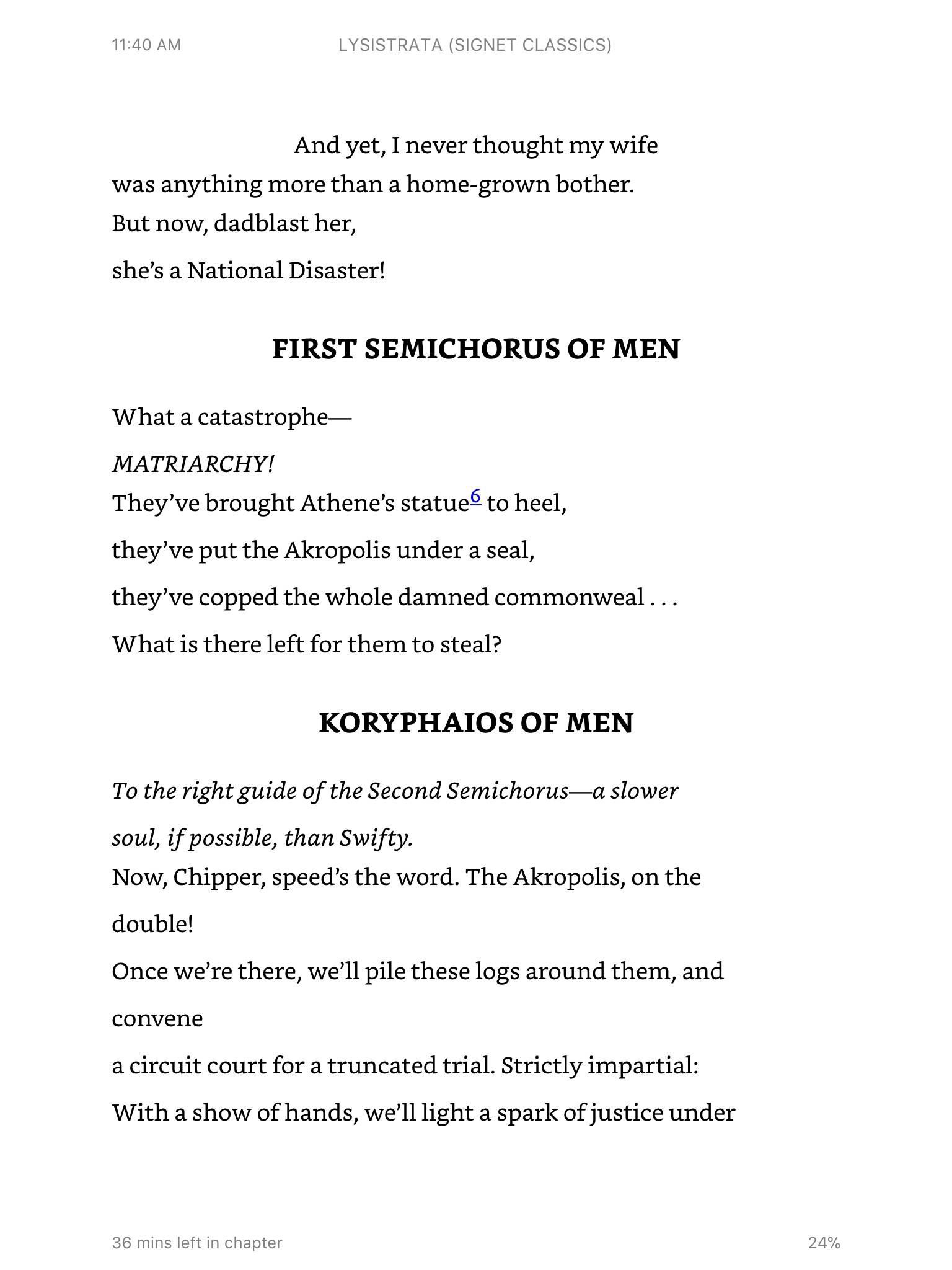 I’ve said it. You’ve said it. Let’s say it all together now: eff the patriarchy. It has had it’s day and it is failing in every conceivable way. We Nasty Women need to take our rightful place at the head of this ship and help correct its course. I’m not advocating voting for women because they’re women. What I’m asking you to do is to consider candidates based on their platforms, ideas, and experience regardless of their genitalia. Don’t be afraid of powerful, opinionated, intelligent women. Don’t become so fixated on a single issue you lose sight of the larger picture. Investigate. Evaluate. Discern. Throw away stereotypes and cultural baggage and think. Then demand more. 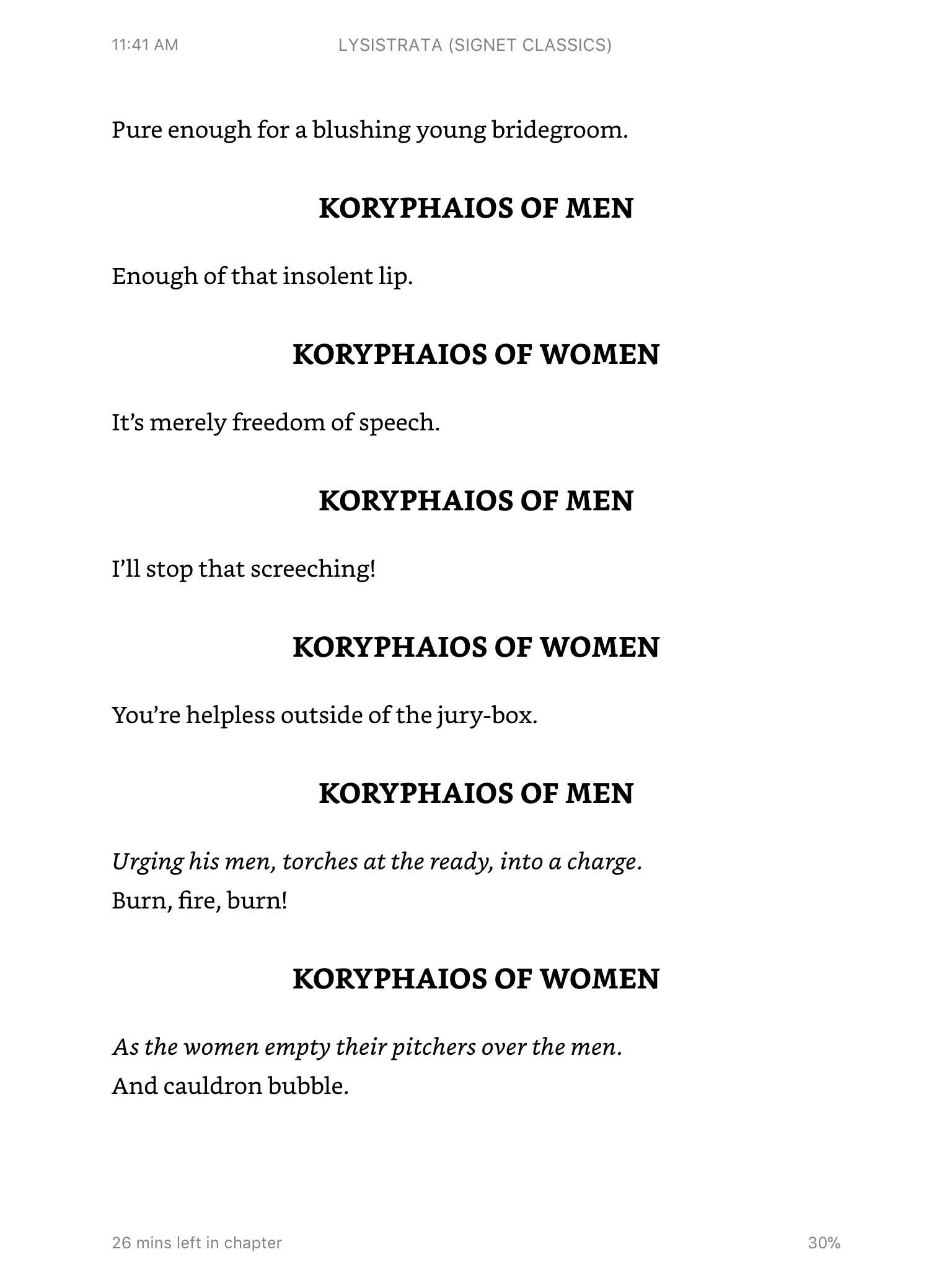 They will try to intimidate us into keeping silent. They will demand their right to free speech, their right to call us shrill. They will tell us to sit down, to disappear quietly into the spaces they’ve delineated. It is our right to refuse. It is our right to answer back at whatever volume, and with whatever degree of vehemence we deem necessary to make ourselves heard. Claim what they would take and make it yours as Lysistrata did, as the women barricading the Akropolis did. They think they hold the power by virtue of history and gender norms and bluster. History is old and fragile and gender norms are eminently breakable. Bluster is empty air. 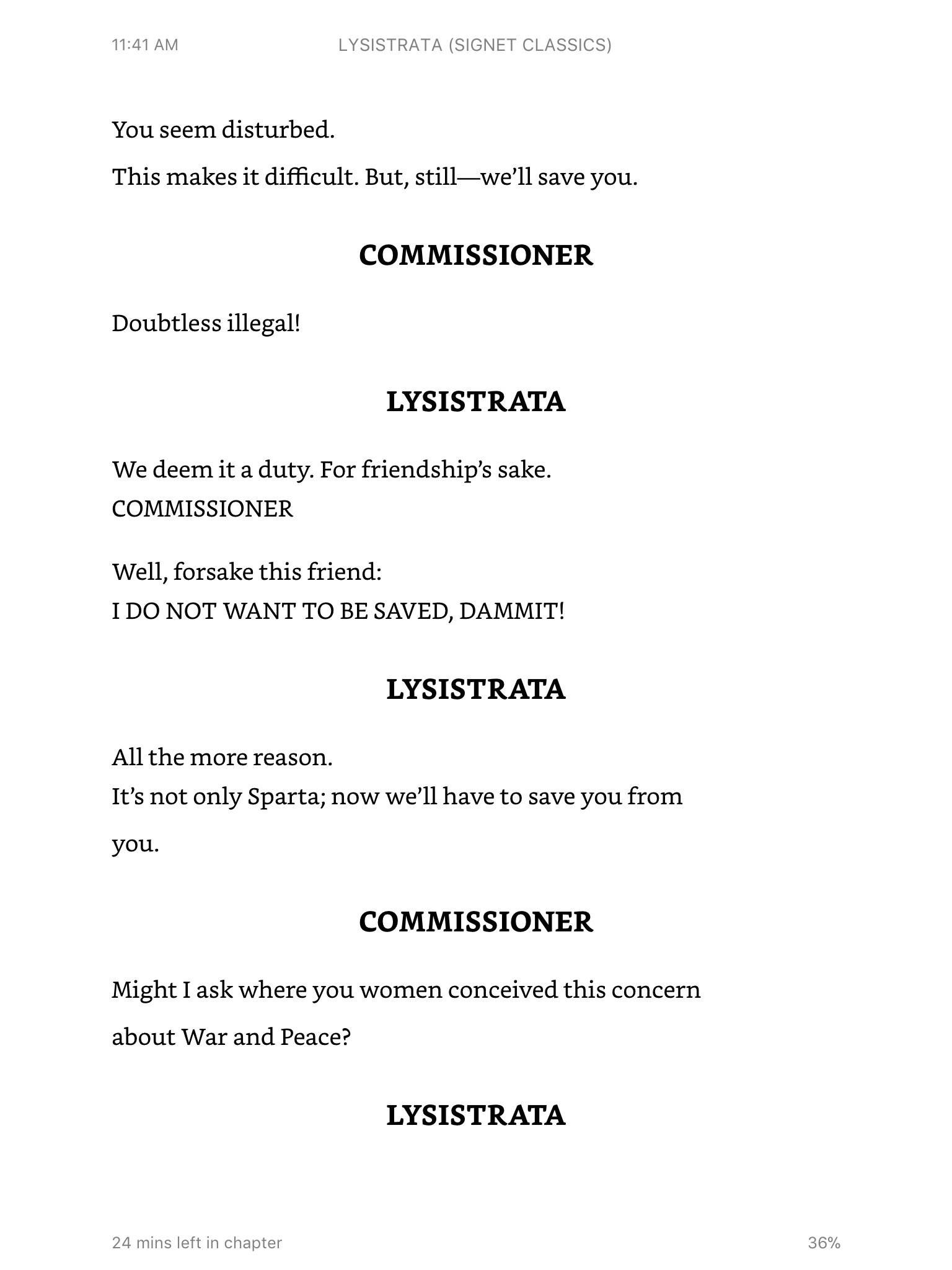 I’m sure some of you are thinking, “Wow, she’s angry.” Yeah. I am. I am very angry. Many people, both male and female, find female anger frightening. And maybe some of them should. Because in the words of the immortal Orlando Jones, “Anger gets shit done.”

Make all the noise you want, men of Athens and Sparta and Washington. Good luck with that.

Because we are Lysistrata. We are the women of Athens and Sparta and the United States.

And we will get. This. Shit. Done.