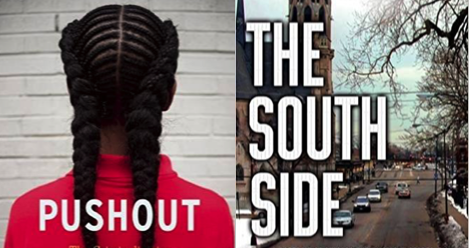 This is a guest post from Sarah Ullery. Sarah suffers from chronic sarcasm, and an unhealthy aversion to noise. She loves to read, and would like to do nothing else, but stupid real life makes her go to work… By the way, the whole “She is too found of books, and it has turned her brain”-thing applies here. Sarah has had many, many different jobs, but her two favorites have been librarian and Braille translator in the public schools. She finds the minds of children fascinating, and truly believes if children were listened to more all the world’s problems could be solved. She reads everything, and wishes there was someway to just unhinge her brain and pour in all the words, although, that may take the fun out of it!

It’s time to go back to school, and I’m terrified. Now to be clear, this is nothing new– I’m always nervous at the beginning of the school year. The night before my first day of kindergarten I couldn’t sleep, so I woke up my mom and she made me fold clothes to help get my mind off my nerves. I remember folding bras, but not knowing how to fold a bra, because you totally don’t fold bras, FYI. The next day when I had to actually go to school (I was afternoon kindergarten) I cried, so my mom had to stay and I sat on her lap during circle time. It got a little better as the years went on, but I’m a naturally nervous person who cared a lot about school, so I always had a tight stomach and twitchy hands on the first day.

Now, I work at a public school, and I’m still nervous on the first day. I’m a Multiple Disability Aide, so I predominantly work with students who are disabled. My little niche is braille translation. I love it because it’s not something I ever imagined doing. I mean, there are very few people who go out and say, “Braille translator, that’s what I want to be!” They don’t, not because it’s not a worthwhile job, but because it’s just not something a lot of people know about. I didn’t know about it. Like most things in my life, I stumbled into it. This will be my eighth year working for the public schools, and I’m now working for my third school district. I feel like a veteran, but I’m certainly not. I feel like I’ve seen it all. I haven’t. Last year, though, friends, things began to change.

History changed after the 2016 election, because we allowed a racist, sexist, xenophobic man become president. And things changed in the schools that day, too. Things began to feel meaner. Kids were saying hurtful things to one another, and maybe they always had, but I became hyperaware of every racial epithet, every sexist slur. Where do kids learn this kind of shit? Well, maybe the Internet, maybe TV, maybe movies, maybe video games, probably parents. But that all felt lame to me. Sure, they could hear these things, but why did they feel compelled to say them? This is where education is failing students. We’re missing a key component. A bridge between the real world and the classroom.

What do we do? In Charlottesville, Virginia, Nazis, white supremacists, KKK, or whatever- the- fucks were in the streets and they were chanting things like “blood and soil,” invoking the Nazi phrase meaning that your inherited race and the physical location of your birth determines your worth, and “white lives matter” an obvious dig at the group Black Lives Matter, who fight racial injustice and especially the violent and deadly police force that has killed numerous unarmed black men and women. This group was carrying Confederate and Nazi flags, was wearing KKK paraphernalia, and was heavily armed. They were looking for a fight. One of the counter-protesters, Heather Heyer, was killed when a car driven by a white supremacist drove down a road jammed with people, and hit anyone in his path. Everything was caught on camera.

I see this. I hear this, and I am deeply disturbed. And I think about school. I think about all these kids at home right now, ready to start a brand new school year. They’re nervous. They’re shopping for clothes and school supplies, while all of this is happening in the background. They see a lot of it on the Internet, but also, they hear their parents discussing it, and maybe the parents don’t think the kids can hear, or maybe they think they’re not listening, or won’t understand. But they know. They understand, and they’re affected.

It’s time to step up. I feel like I’m on the front lines. Every teacher and educator is on the front lines fighting ignorance, and it’s time to make sure we’re ready. Many of the textbooks and standards mandated by the states are old and out of date. The way we deal with kids who are a product of a life we don’t understand is archaic and often cruel. So what do we do?

I have to admit, this all feels beyond me. I wasn’t expecting Donald Trump. I wasn’t expecting white supremacists and hate speech to become mainstream, and I feel off kilter, and unsure of how to appropriately deal with kids who are repeating words they’ve heard hateful, irresponsible adults say. So what do I do when I don’t know? I read. I challenge myself to know more, so I can explain, so I can teach, so I can affect change.

I’ve compiled a list of books I’ve read or intend to read for this school year. 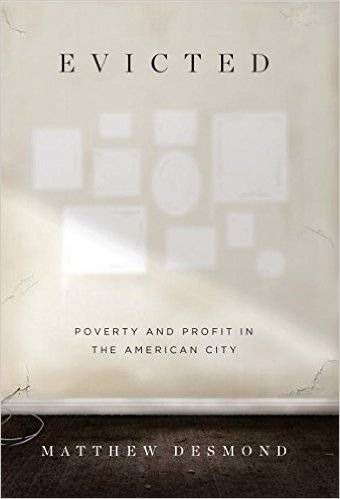 No book could better prepare you to understand the lives of your low-income students. I read this last year, and it clicked a lot of things into perspective for me. A child who does not know where they will sleep at night, a child who does not know if they will be back to school the next day, a child that is homeless, a child whose parents are constantly worried about where they will live– that child will not have a great incentive to learn. A home is a foundation, and there are too many kids without this most basic support. 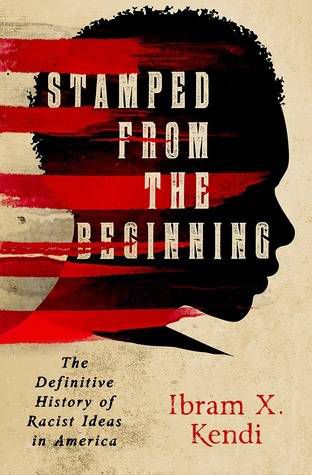 Stamped from the Beginning: The Definitive History of Racist Ideas in America by Ibram X. Kendi

Historical revisionism is real. Historical revisionism is when we talk about the Declaration of Independence like it actually gave all people freedom, because let’s get real– we know it was only white men. It’s when we erect statues for Confederate generals and pretend they weren’t racist traitors. I haven’t read this one yet, but Kendi uses the lives of five Americans throughout history and talks about how they influenced the deeply ingrained racism that thrives today. 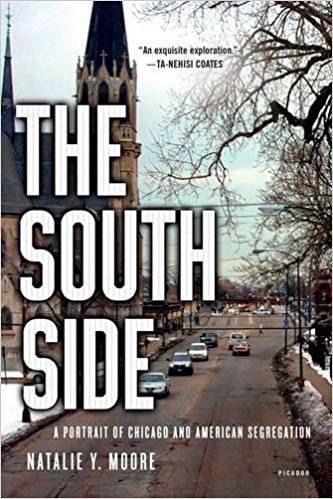 I haven’t read this book yet either, but I’m anxious to hear more about schools on the Southside of Chicago, how they are addressing segregation, and how their work can work to improve schools around the country.

I added this one after Charlottesville, and it seems very prescient now. Where is this white nationalism coming from? This book came from an article that Carol Anderson had written for the Washington Post after Ferguson, when so many people were so focused on “black rage.” Her answer was: no, every time the African American community made progress, the white majority swooped in and found a way to take it away. Why isn’t anybody talking about white rage? 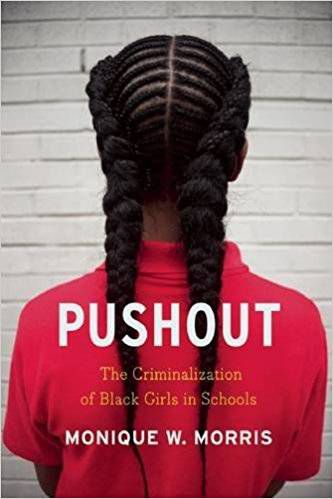 Pushout: The Criminalization of Black Girls in Schools by Monique Morris

Again, segregation, sexism, white rage– I think this would pair well with bell hooks’ Ain’t I a Woman. Also, we need to have a national conversation about the police presence in our schools. Public schools are starting to look more like prisons than institutions for education. That’s a problem.

Teaching Community: A Pedagogy of Hope by bell hooks

I have to admit I paid a lot of money to own a copy of this book, but I love bell hooks, so it was totally worth it! Here’s a snippet of what it says on the back of the book: “In Teaching Community, bell hooks looks at what works. Writing about struggles to end racism and white supremacy, she reminds us that ‘no one is born a racist’- everyone makes a choice. But the pervasiveness of racism in society- the ‘worship of whiteness’- devalues us all. To ‘teach community’ means, for example, to work against the effects of such socialization and to resist even the subtle ways in which racism is reinforced.”

Alright, that’s it. What more could I say after bell hooks? She says it all. This list could’ve been huge, but school’s starting in less than a week, so these are going to be my core focus before the beginning of the year. By the way, I’m already ridiculously nervous about the first day.

I’ll end with the closest thing I can give you to words of wisdom, teachers: question everything, approach every student with an open heart, and keep reading!