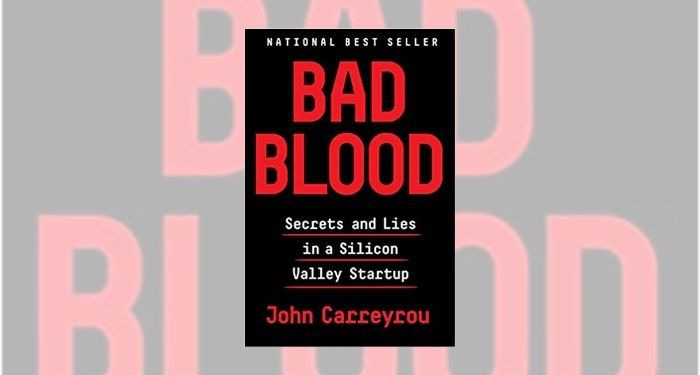 I always thought that nonfiction was boring. It didn’t help that the only nonfiction I read while in school was trapped within the bowels of my textbooks. I did read The Diary of Anne Frank twice, though it made me cry. But nonfiction doesn’t have to be boring or make you cry (well, sometimes it’s meant to make you cry).

After I graduated from college, I found myself wanting to be more connected to the world and decided to subscribe to various news outlets. (In hindsight, I was basically turning into my father.) The 2016 election was fast approaching, and I figured that it was time to become more aware of the world around me, especially since there had been so much dialogue about “fake news,” which made me determined to do my own research. As I read more and more articles, I realized that the stories that really caught my interest were those written by investigative journalists. Op-eds and data analysis are interesting, but I found it difficult at times to really engage with the material because it felt like I was being spoon fed someone’s interpretation. I’m all about opinions and analysis, but something was missing. Perhaps a deeper connection to the truth? Or maybe details that only an insider would know?

Investigative pieces not only gave me a compelling narrative about a significant event or even a seemingly mundane event with wider repercussions, but also helped me respect that what I was reading took a ton of time and sacrifice to write. I also noticed that investigative pieces prioritized presenting the facts as they occurred rather than curating a story with a personal or political agenda. As someone who works with subject matter experts for a living, I have nothing but the utmost respect for well-researched, well-written text that forces me to slow down.

Having grown up in an attention economy, where the sensational articles about celeb breakups or the latest TikTok feta pasta salmon rice bowl fruit cereal trend that gains traction always caught my attention, I was struck how these longer, more immersive pieces demanded more of me as a reader. Suddenly, rather than expecting aesthetic content delivered to me quickly and efficiently, I was happy to slow down and critically consider the words before me.

I used to be a slow reader as a child, mostly because my immigrant parents forbade me from watching TV or “surfing the net” during the school week, so I really had to make my reading life count. As an adult with her own freedom, I wasn’t always interested in content that forced me to sit down and be on the same web page for more than a few minutes because there was always something else more interesting to grab my attention.

Most content nowadays always seems to be pushing some sort of an agenda. This is fine, but it seems as though I now have a taste for well-researched content that presents events as they occur. It’s easy to read a headline about something that just happened or watch a recap on TikTok and think you have all the relevant information. But investigative pieces demand readers to connect the dots on their own and even to do their own research outside the lines of the article. That’s because investigative pieces don’t exist for entertainment. I would argue that they don’t even exist for education. They exist to make you question — that’s why really good investigative pieces take time to write. Some journalists spend months to years compiling evidence before writing and publishing their stories.

Although I’d been reading investigative pieces for a few years, the one that really made me go all in was none other than the story of Elizabeth Holmes, the young founder of the blood testing startup Theranos, when John Carreyrou first broke the story for The Wall Street Journal. My jaw dropped as I read the story about Silicon Valley secrets and intrigue and how Elizabeth Holmes somehow managed to deceive some of the most powerful people in the country to fund her company based on a product that didn’t actually work. I had drunk the Kool Aid of Silicon Valley early in my life, truly believing that its lionized founders were brilliant people who had to “move fast and break things” in order to make the world a better place. But the reality isn’t so shiny; someone has to pick up the broken pieces. Holmes managed to take advantage of Silicon Valley’s ethos and raise her company into a billion-dollar unicorn. The question is, how did she do this? And will she get away with it?

When Bad Blood was published in 2018, I had to read the book. It also didn’t help that ABC released its podcast The Dropout in 2019 to follow the Elizabeth Holmes trial. Bad Blood was the first time I dedicated my time to a book written by an investigative journalist, rather than just articles. It made me realize that there was so much more going on than what the headlines suggested. Although the articles relayed important information, there is an immersive element to a book that the format of a journal article cannot match. With the book, I have the entire timeline in my hands. What struck me was that Carreyrou rarely, if ever, passed judgment. This was interesting to me as a reader because virtually every book I’d read always had a point of view. That’s not to say that Bad Blood didn’t have a point of view, but it was never explicitly shoved down my throat. Instead, Carreyrou tracked the events that led to the dissolution of Theranos and how investors and employees were treated and even lied to.

Other incredible books by investigative journalists and journalists in general include: She Said: Breaking the Sexual Harassment Story That Helped Ignite a Movement by Jodi Kantor and Megan Twohey, Empire of Pain by Patrick Radden Keefe, Caste: The Origins of Our Discontents by Isabel Wilkerson, Our Women on the Ground: Essays by Arab Women Reporting from the Arab World by Zahra Hankir, Gujarat Files: Anatomy of a Cover Up by Rana Ayyub, and Behind the Beautiful Forevers: Life, Death, and Hope in a Mumbai Undercity by Katherine Boo.

These books also relayed specific moments in history (past and modern) that took endless research and reporting. While these books take a deep dive into specific situations, they do relay general information about the culture and politics that made these stories come to life.

Journalists will often say that if someone says “it’s raining” and someone else says “it’s not raining,” it’s not their job to report both sides, but to actually open a window and see if it’s raining. Reading books by investigative journalists gives me this much-needed dose of reality in a world that can’t decide on the percentage of precipitation.