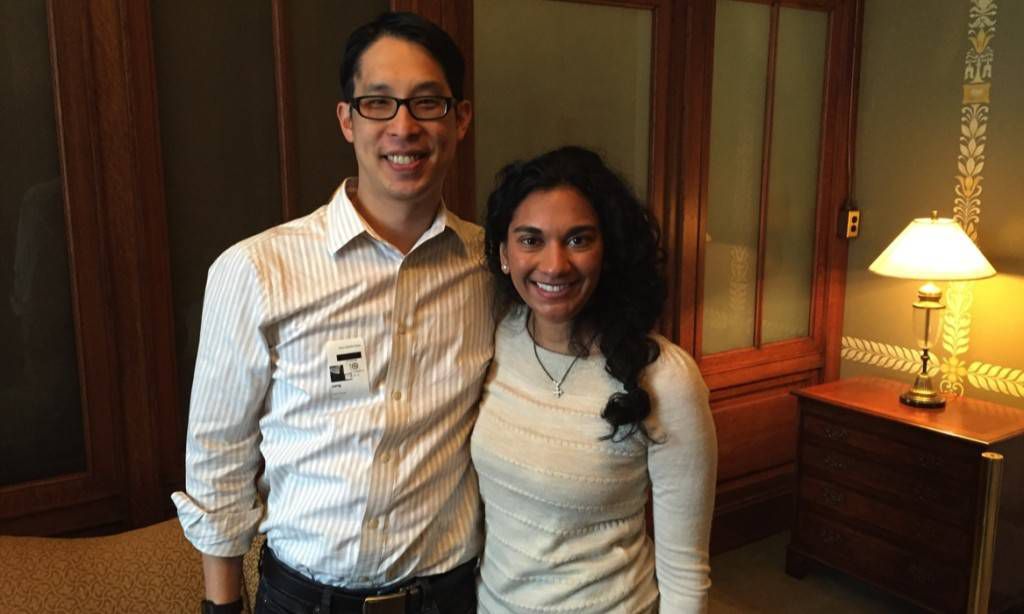 Gene Luen Yang, author of American Born Chinese, Boxers and Saints, and current writer of Superman, was appointed the National Ambassador for Children’s Literature by the Library of Congress, the first comics creator to hold that position. Swapna got the chance to sit down with him for a chat about comics, Superman, and culture.

Swapna Krishna: You are the National Ambassador for Young People’s Literature. What does that mean?

Gene Luen Yang: Well, it’s kind of crazy. It’s relatively new. It was established in 2008, Jon Scieszka was the first one. The point of the position is to promote reading among young people. We want to get more kids reading and young kids reading more.

Part of my appointment signals the fact that comics are a huge part of that, that comics have been included in the conversation, which definitely was not true when I was a kid.

SK: No, definitely not. “Comics have pictures, that’s not real reading!”

GLY: Yeah, exactly, which was weird because you’d talk about picture books back then, but not comics!

SK: What does this role mean to you?

GLY: It’s been crazy. It’s been stunning, it really has been! I still feel kind of shocked that all of this is happening. My editor, Mark Siegel—who is also an amazing artist, you should check out his stuff—he told me in October that this was going to happen, and I was thrilled. But I don’t think I really realized what it meant until yesterday [Thursday]. I still haven’t processed it.

SK: How is being National Ambassador going to change your everyday life?

GLY: I do a lot of travel to begin with. I do maybe two school visits each month. But now, I’m not just going to be talking about my books. I’ll be talking about reading in general, which I’m really excited about. The other thing is that every ambassador picks a platform that they want to talk about. So my platform is “Reading Without Walls.” What we’d like to do is encourage kids to read outside their comfort zones. If they don’t read at all, just pick up one book. If they are readers, we want them to challenge themselves.

Number one, pick up a book by someone who doesn’t look like them, from another culture or faith tradition or way of life. Two is to pick up a book on a topic they might have previously found intimidating. One of my little pet projects is figuring out ways of getting kids engaged in STEM topics—science, technology, engineering, and math—through stories. The third way is to experience stories in different formats.

When I was growing up, a lot of my science fiction geek friends would only read prose books. They looked down on comics. Now we have a decent number of kids who are the opposite—they only read comics.

SK: There’s been so much happening in comics right now–Raina, Cece Bell–why do you think this is happening right now? Comics is having a moment

SK: I can’t even imagine that.

In America, the whole thing that happened with Fredric Wertham in the ’40s and ’50s really stunted our growth. It’s not that comics are leaping forward, it’s that we’re snapping back into the shape that we were supposed to be in.