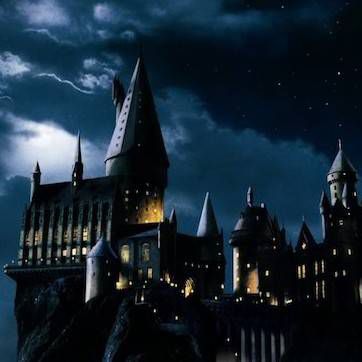 During my third year of university, I discovered a LiveJournal community called Hogwarts is Home. Several of my friends had joined it, and encouraged me to apply. It took me a few months, but I finally sent in an application, if only to figure out which Hogwarts House I would be sorted into. I spent a good year playing in Hufflepuff House, until real life drew me away from the community.

Since then, I’ve found that sorting has helped me to not only know and understand myself, but others as well. It’s been particularly interesting to apply sorting to the book community, because not only do many of us identify with a specific House, but the qualities of those Houses tend come through in the way we talk about books.

Gryffindors are likely to have strong opinions about books, and be vocal about them. These opinions can sometimes lead to heated debates, in which Gryffs rally to the idea of fighting for what they believe in. When they love a book, Gryffs will sing its praises, especially if it calls to the ideals they value most. Disliking a book can split Gryffs into two camps: some may be just as vocal about their distaste as they are with their love, and some may be quieter, but just as committed to sharing their thoughts. Gryffs are also more likely to experience stories on a personal level, and feel comfortable talking about those parallels.

Hufflepuffs might just be the ones who stick with a series for sentimentality’s sake, or because they have a real need to know how it all ends. Puff readers are likely to have a group of like-minded individuals with whom they share their thoughts on books–I’ve found lots of fellow book bloggers who identify as Hufflepuffs and value the community immensely. Puffs may also be more willing to move past their reading comfort zones, more often than not driven by recommendations from people they trust. They’ll try any genre at least once, but have a “home” genre, one that they retire to as needed.

Analysis is the Ravenclaw’s forte, though that doesn’t mean they lack emotional attachment to books. Claws tend to be more introspective and independent, curious enough to try new things. They aren’t necessarily the kind of readers who’ll stick with a book even if they don’t like it. Ravenclaw readers gravitate towards what interests them—for some, this might be historical fiction or YA, and for others, it might be comics or nonfiction. If their interests aren’t served even within their favorite genres, Claws likely won’t feel bad about moving on to the next book. They’ll also have Thoughts, capital T, as to why certain books didn’t work for them, which will also influence the books they pick up next.

Slytherins are probably the hardest to pin down, and I believe it’s because Slytherins don’t always describe their deepest thoughts straight away. They tend to keep their cards close, and like Ravenclaws, may not be too worried about giving up on a book that isn’t keeping their interest. When asked about their thoughts on a book, Slytherins can often sum them up concisely and without veering into a tangent. They may also be much pickier when it comes to choosing their next read–it has to be just right, or as close as possible, to what they feel like reading, or they’ll keep looking.

Of course, these qualities aren’t going to apply to every single person within a House–Hermione Granger might have been a textbook Ravenclaw if she didn’t also place a high value on courage and bravery. Cedric Diggory could easily have ended up in Gryffindor but for his focus on hard work as its own reward. The differences in Houses are just one way to look at the wide, wide spectrum of readers that exist, and personally speaking, it’s a pretty fun lens to use.