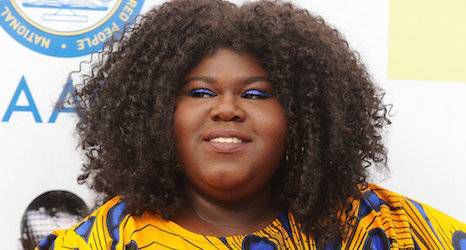 If you haven’t read Gabourey Sidibe’s fabulous memoir This Is Just My Face: Try Not To Stare, you should remedy that. Doesn’t matter whether you know her or not, it’ll be like sitting down for a tea and chat with one of the funniest women you can imagine.

Sidibe is a loud, proud book nerd, y’all. Books! Reading! She embraces those things and she’s not afraid to talk about them.

As soon as I finished her memoir over a mocha in a local cafe, having stifled a lot of laughs, I knew it was time to flip through her social media for some good book recs. I wasn’t disappointed.

Get your TBR ready. It’s time to read with Sidibe.

B.I.G. and I are just gonna stay in and read tonight.

#Repost @kaitlindday with @repostapp ・・・ I'm ashamed when people say #alllivesmatter. If you feel the urge to hashtag all lives matter and not #blacklivesmatter take 5 minutes and Google the difference and why it exists. We spend plenty of minutes and hours on Instagram and googling makeup and hair and Brangelina and Kanye and snapchat…take a 5 minute break from that and educate yourself on the current climate before voicing an opinion you may regret. Peace and love 🙏🏼🙏🏿🙏🏾

So excited to get my Rookie Yearbook!!! I can't wait to read it! I wish Rookie was around when I was a kid!

@baratunde just got it this morning and I'm already at the White Student Union chapter. ✊🏿✊🏿✊🏿✊🏿 pic.twitter.com/Dd3CgK2Z4X

This is literally how I spent all of my teenage years. With my nose in a book. 📚📚📚 #BooksYo pic.twitter.com/YHjt7nQ7dw

Just started reading a new book that begins "I didn't stop giving hand jobs cuz I wasn't good it. I stopped cuz I was the best at it." 🔥📚🔥

If you read down that thread, you’ll learn the book is Gillian Flynn’s The Grownup.

New reading material! I'm obsessed with twins because I fear them. This book is filled with my nightmares. pic.twitter.com/RCTnejn2Lt

Want more of Gabourey’s recommendations? Check out her “By The Book” feature in the New York Times.