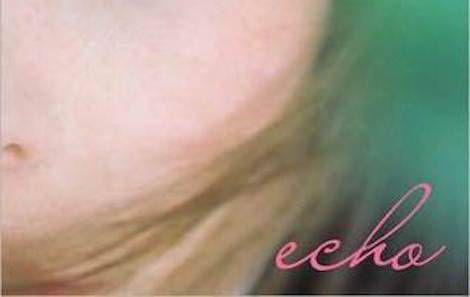 It is strange to realize that your favorite book by an author are sometimes overlooked by other readers. 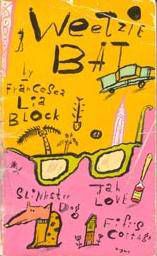 Young adult author Francesca Lia Block is probably best known for her Weetzie Bat series (otherwise known as Dangerous Angels). The books follow the adventures of a young woman named Weetzie who lives in a magical version of Los Angeles that is filled with witches, rock music, and the importance of acceptance. For a lot of people who came of age in the 1990’s and early 2000’s, these books defined their adolescence.

As an occasionally out of touch kid, I never actually read any of the Weetzie Bat books. I didn’t even know they existed until fairly recently.

No, the Block book that I remember is Echo. Through a series of interconnected short stories, the book follows the life of a girl named Echo who as a child, was saved from drowning by a boy who had glued wings to his back. The rest of the book deals with cancer, blood sacrifices, and prostitution all viewed through an almost unreal, rainbow sheen.

With the single mindedness of youth, I always assumed that most readers would know Echo better than Block’s other books. As an adult, I recognize why the Weetzie Bat books made a larger impact on my peers. Their publication spanned decades and dealt with sexuality in a way that a lot of other teen fiction from the 1990’s didn’t. (One of the main characters, Dirk, is gay, and the series explores his and Weetzie’s quest to find their respective soulmates.)

The stubborn part of me that is an eleven year old junior high student is still confused though. How is Weetzie what people remember? My mind cries. How? Why? Those books aren’t a nostalgic touchstone for me. How can they be one for other people?

The preteen part of myself is not terribly mature.

Luckily I don’t release that version of me out into the wilds of the internet very often. Different people are allowed to like different books. That is perfectly acceptable. Perfectly legitimate. It keeps life and the world interesting. That’s just fine.

And if in a small corner of my mind, my young self is stamping her foot and complaining that it isn’t fair, and people are reading the books wrong, well, no one else needs to know that.