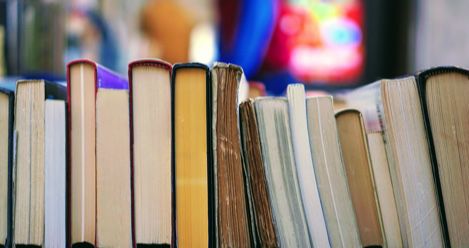 Have you ever lost interest in a series before you could really dive into the meat of it? Almost like you don’t want to make the commitment? I started Libba Bray’s Gemma Doyle trilogy almost a year ago. I enjoyed the first book, but with the second being over 500 pages, I figured I’d pace myself before I got burnt out on the series. For 10 months, Rebel Angels has been cooly eyeballing me, the first book on my second nightstand stack, while I steadfastly ignore its existence.

I want to finish the series—I loved A Great and Terrible Beauty, its pages are rife with multi-coloured tabs, and I swear I only meant to put it aside for like a month or two—but it’s been so long, and there are so many new releases to crack open. The thing is, I can count on one hand the number of series I’ve actually finished, and it was either because I binge-read them all, or they were so compelling that I bought them as they were released instead of waiting for the entire series to hit shelves. 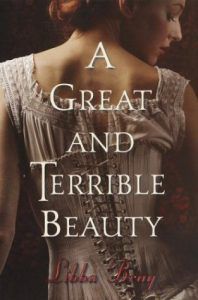 Stephanie Garber’s Caraval trilogy, Marissa Meyer’s Lunar Chronicles, Michael Grant’s Front Lines series (my excuse for that one is I’m waiting for Purple Hearts to debut in paperback), even Maggie Stiefvater’s Raven Cycle series remain unfinished. I just can’t find a series and stick with it, and I don’t know why I’m so unmotivated and lackadaisical with my reading habits as of late. Those are all YA books, but not even adult novels make the cut (Daniel O’Malley’s The Rook Files are hanging out in my closet. I laughed aloud many times while reading Leisa Rayven’s Bad Romeo. I almost finished the first book, then thought about how it would be great to immediately start on the sequel. I re-shelved Bad Romeo, and it’s been there ever since). 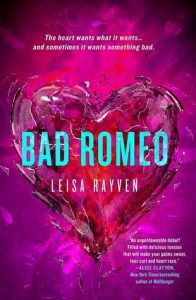 I guess there’s really no way around it: I can’t commit to my books. Even stories that should be a sure thing—Caraval was one of my favourite books last year. I bought multiple copies, which I never do, and I was so hyped for Legendary—just aren’t.

I want to be the kind of reader who breezes through series effortlessly, who can go from one thing to the next only when the first is fully and sufficiently done.

Every time I start a new series, I do so with eagerness: I’ll finish this one, I tell myself, this one is different. This one is awesome.

But they’re all awesome (if they’re not, it’s a good bet they’ve been DNFed and given away within a 48-hour time span). This time, it’s me, not them.

So I’m curious: how do you stick with series? Do you take it one book at a time, or binge-read? Do you just stick to stand-alones? Do you have a certain organizational method that dictates which book gets read next? Someone clue me in, I’d love to know! How did you get over your issues with finishing series?

Want to attempt reading book series? Check out 100 Must-Read YA Book Series and 35 Of The Best Fantasy Audiobooks (and Series).