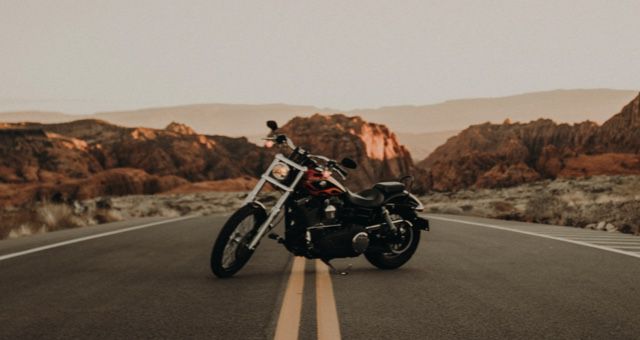 I don’t ride motorcycles anymore. However, when I was in my 20s, I exacerbated an otherwise tumultuous time in my life with a series of vehicles ranging in size from a 650cc cruiser (think large and stereotypically badass) to an adorably dinky periwinkle scooter that was barely street legal. Big surprise: I was also exploring my relatively new understanding of myself, not just as a butch lesbian, but as my own human with my own pattern of squishy interests.

It was also at about this time that I learned to read for pleasure. These two developments—riding and reading—were connected on a level so deep that they were like two distinct islands that were actually part of the same lurking subsurface sea monster. Think gigantic marine snapping turtle or Nessie playing it cool until you’re within chomping distance. 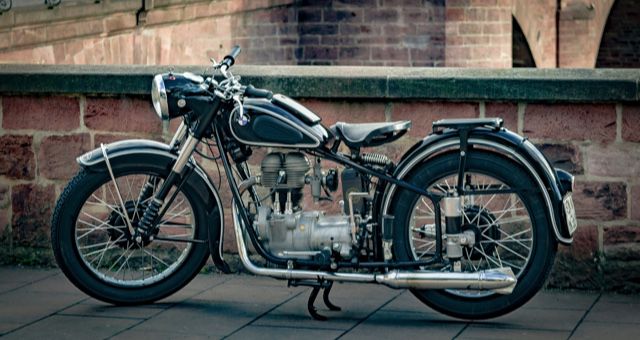 I had always understood myself as a bookish person, demure and well-behaved, resoundingly repressed. I found repression to be conducive to the reading of the classics, including and limited mainly to Shakespeare, Pope, Kipling, and Frost. This was my lot and I accepted it because that’s how I rolled.

My dad, a biker to the core, came home safe from a combat zone when I was in grad school. This triggered my long serious riding period since nobody else would let me borrow their bikes for months at a time and, I suspect, he was rather pleased to find that we shared this interest. That’s how I ended up both broke and biking, riding around central New York on a succession of vehicles as I tried to figure myself out.

Still shattered by my realization of myself as a lesbian and consequent ejection from the Repression Book Club, I rode as meditation, escape, and to impress women. (A winning combination of several healthy non-toxic values!) Riding probably generated more of an eddy line in my grammatically correct life than coming out, because I couldn’t really reconcile motorcycles and books. I associated reading with a submissive feminine caricature of a girl destined to become a spinster, as was right and good. Bikes, on the other hand, were smelly and greasy and rude and dykes rode them. These attitudes were obviously problematic. What can I say? I’d always believed that books meant a certain thing and that femininity meant a certain thing. At the time, I wanted no more of that certain thing. Extricating books and womanhood from what I actually wanted to get away from was to become the purpose of my motorcycle habit, whether I knew it or not.

I say that I’d been a reader. I don’t know if the reading I’d done up to that point had really been reading per se. I was ingesting “good” literature the way a person on a diet might ingest unflavored oatmeal. There had been some escapism on my bookshelf when I was a kid, but the fantasy and schlocky science fiction that I preferred was the target of criticism by my elders and betters and I was nothing if not eager to please them. Oh, the hours I wasted cramming Little House On The Prairie down my own throat. When teachers told me to challenge myself, I read Ulysses because I determined that Joyce was their zenith, and therefore mine.

The frustrating thing about this was that I was reading in accordance with an abnegation of myself. I stuffed my skull with the cotton batting of white male experience, and by and large it just gave me a headache. Despite my attempts to read in a proper and right manner, I could not make myself into someone who related to the right and proper books.

That could only mean that I was neither right nor proper. This alone should have gotten me cool points, but it did not. Nothing I did got me away from the dead white guys TBR list because I was reading from within my social context, mental location notwithstanding. And if I was ever to read with joy, my context needed to change. Traumatically.

Coming out was liberating, but riding bikes really broke my shell. For one thing, you can’t satisfy anybody as a woman on a motorcycle. Other bikers were mainly men, who by and large appeared to consider me an agent provocateur who had borrowed a related male’s bike to make A Feminist Point. Many of the other lesbians I met were over the whole idea of female masculinity because it was not enlightened, or something? I don’t know. Anyway, quite a few of them thought it was silly that I had a motorcycle, which was disheartening because these were supposed to be my new buddies. (For the record, the LGBTQ people who thought it was cool to ride became my actual friends. You learn so much about people so very fast when you start to live honestly.) I wasn’t about to putt-putt-putt up to the actual Dykes On Bikes with my bitty little girl ride because I was still insecure, so I guess I was kind of opposed to me too.

The Fuck It Moment

I now had two choices: I could please everybody by receding back into the woodwork, or I could ride. There was really no choice there. Thanks to the fact that I couldn’t let go of the handlebars, I was able to come to a special kind of crisis that I call “The Fuck It Moment.” I couldn’t conform correctly and I couldn’t rebel correctly. So fuck it! I started reading comic books. I think it’s significant that my second big act of rebellion, after mounting a motorcycle, was to read something that I enjoyed for no reason other than the fact that I wanted to. I think I read Bone first—the whole thing, black and white, one sitting. Right after that I started collecting DC trades, then cli-fi, steampunk, and then just the weirdest fantasy, comics, and horror I could get my hands on. Furthermore, I resolved to do no homework. I read Hothead Paisan without reading Camille Paglia. I read The Dispossessed without reading Das Kapital. It was fucking glorious.

That’s how I learned to enjoy books. I don’t think I have a single favorite author that I didn’t discover during this heady time, this immolation of the intended person that freed the bizarre phoenix within. If a book appealed to me, I scarfed it down. I didn’t give a shit if it was trashy or embarrassing or below me or too advanced. The ability to read what attracted me opened up a world that did include weirdo rhomboids like myself, not to mention people who had real problems and generously gave some perspective to the world via their work. Once I met this crowd in literature, I commenced to find them in actual reality and had a much better life for it.

How I Learned To Stop Worrying And Break My Life

This isn’t to suggest that riding gave me the strength to choose my own literature or freed me or anything corny like that. But running into the social walls of motorcycling, and then choosing to do it anyway just because I liked it, did wake me up to the fact that I’d never even tried to challenge the idea that I didn’t have to read for other people. Even books I loved, like The Chronicles Of Narnia, fell into that category, and as a result, I needed to learn to read them all over again. (This reread led to that particular love breaking down completely and having to be resuscitated—on top of everything else, I became an atheist around this time.) I have to wonder how many people are out there reading within the lines right now just because they never had that kind of “fuck it” experience where they just go for something that they know nice people like them shouldn’t want.

So if your reading list isn’t validating you, if you suspect that you’re limited in your literary scope, then suspect your larger life. Your bookshelf may be a microcosm of who you think you should be rather than who you actually are or what you actually want. So wag that dog as hard as you can! Start cliff diving in the name of a better literary experience. Acquire a tattoo habit or try marijuana or get super into lucid dreaming. Or, hell, it doesn’t have to be wacky. It depends on you. Denying yourself that sensitive artiste life? Treat yourself to a night at the opera. Let people see you drinking your favorite herbal tea. (Some of you big tough biker guys I used to see on the road are 100% reading this and you know exactly what I’m talking about. My dudes. I know for a positive fact that more than one of you not only knows how to knit, but enjoys it. Embrace your weird truth and you’ll still be no less a manly road hog than I was.)

Once you’ve found your inner “fuck it,” go to the library. Bring that energy to the stacks. Read for you and you alone. Fear no title. Screw the bestsellers and prizes and high-minded literary achievements. This is your life now. You get to read what you want.