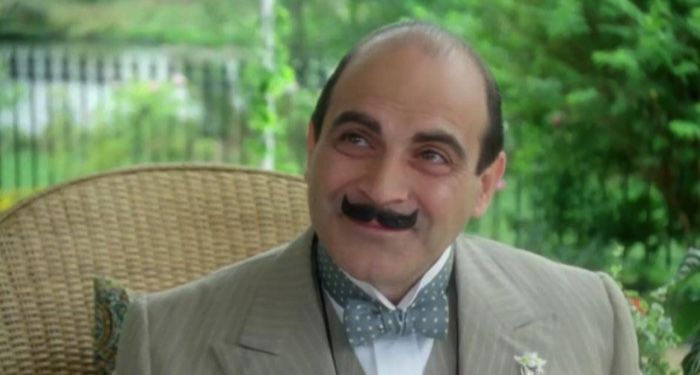 I’ve had anxiety most of my life. As a child, I didn’t have the word for it, nor did it seem to matter much – I’m not the only member of my family who has it, and we just… lived with it. I adopted avoidance mechanisms to ensure I wouldn’t be faced with situations that made my anxiety worse, lied to myself about them, and life went on. When I moved away to attend university, however, my anxiety exploded – and in the years since, it’s fluctuated from bad to worse to not-so-bad to maybe-better to bad again. Rinse, repeat. One thing that has helped me? Reading Agatha Christie’s Hercule Poirot novels.

What is Anxiety, Exactly?

Let’s start out by making it very clear that there is a big difference between normal (healthy!) anxiety and an anxiety disorder.

An anxiety disorder cannot be cured, certainly not by books alone. But it can be treated: more than a decade after my diagnosis, I am doing better. I’m on meds, and I have enough therapy under my belt to be able to cope with it…most of the time, at least. And medical treatment can be complemented with other activities. For me, one of them has long been reading and rereading Agatha Christie’s detective novels, especially those featuring everyone’s favorite Belgian detective, the inimitable Hercules Poirot.

It Forces My Brain to Slow Down

I don’t remember exactly which was my first Christie – I do know it was either The Murder of Roger Ackroyd or Peril at End House. It doesn’t really matter: I read them when my age was in single digits, and my anxiety had not yet reared its head. But I remember vividly when I first realized that Christie’s novels helped me calm down when it flared up: I was still a student, sick in bed, and worrying about my finances and upcoming finals. Romance novels helped with my depression, but they didn’t do much for my anxiety – and at the time, I was feeling cranky enough that the idea of happily ever after irritated more than cheered me. I decided I wanted to read a mystery, but wasn’t in the mood for gore and tragedy, so I downloaded The Mysterious Affair at Styles to my Kindle. The first Poirot novel, the blurb made it sound like Downton Abbey meets Sherlock Holmes. I was in.

I read the entire book in a few hours. I didn’t even glance at my phone once in all that time – and loath as I am to admit it, that is a very big deal for me. I focused on the mystery, on the clues, and tried to solve the crime along with poor Hastings, who, as always, didn’t stand a chance of figuring it out without Poirot. Organizing the events in my mind, thinking about all the suspects and their possible motivations, and overall using my own “little grey cells” to gradually put the case together forced my brain to slow down. To stop going a mile a minute worrying about what would come next, and stay in the present page: after all, if I let myself rush the process, I might miss that one tiny piece that would bring the whole puzzle together. All in all, it was a meditative experience.

After I read that book, I immediately looked up the series’ reading order, and set out to devour all the works featuring Poirot. In time, I realized that these stories always soothe my anxiety. The process is always the same: I become absorbed in the tale, and the competitive side of me wants to solve the mystery before Poirot lays it all out and makes it sound offensively simple – offensively, at least, to those of us who can’t boast of his little grey cells.

There is a Guaranteed Answer

But it goes further than that. Another reason why I find classic detective stories, in particular those written by Christie, to be so soothing, is that I approach them knowing I will get answers eventually. Let’s face it: real life does not come with any such guarantee. We rarely, if ever, embark on a project or quest knowing in advance, without a shadow of a doubt, what the endgame will be. In this type of fiction? The genre conventions guarantee that the murderer will be found out and, in one way or another, brought to justice…yet another thing that life does not often provide. Name me one person with a diagnosed anxiety disorder who doesn’t crave that kind of certainty.

Now, if you’ll excuse me, there’s a The Mysterious Affair at Styles reread waiting for me.