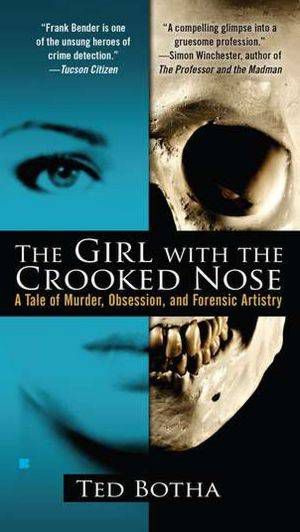 One of the most common resolutions made by readers in the new year is to make more time for non-fiction. It is a resolution that I have made many times, but it was only in the last year or two that I have been able to keep it. I have done so by reading memoirs that read more like novels and by reading about a topic that has fascinated me since I watched Stand By Me for the first time when I was 10 years old. I am fascinated by dead bodies.

If recent twitter conversations are any indication, I know that I am not alone in this fascination. To satisfy that curiosity, I have put together a little list of books. Hopefully, it will also inspire a few readers to keep that New Year’s resolution.

The Girl with the Crooked Nose: A Tale of Murder, Obsession, and Forensic Artistry

Released in paperback on January 3, The Girl with the Crooked Nose relates the experiences of forensic artist Frank Bender, who passed away in July at the age of 70. This book focuses on just one of the 9 murders he solved over the course of his career. His story is fascinating because he was not trained to do what he did. His skills came from a near obsessive fascination with giving a face to the dead.

This case, in particular, focuses on the feminicidios, or the more than 400 young women who have been killed and buried near Juarez, Mexico, since 1993. After a decade without much in the way of a lead,  authorities approached Bender for help. The book chronicles his attempts to solve their mystery, particularly that of “the Girl with the Crooked Nose.” As he works, he comes to realize that maybe this mystery is one that he is not meant to solve.

Death’s Acre and Beyond the Body Farm
Dr. Bill Bass and Jon Jefferson

Death’s Acre was my first voluntary non-fiction read. The book talks about the road that led Dr. Bass to his career as one of the world’s leading forensic anthropologist and the formation of the research facility affectionately known as the Body Farm. The book is his story, and personal details are included, but he does not concentrate on those details. He lets the cases he has worked, and the victims he has helped, do the talking.

Beyond the Body Farm continues where Death’s Acre ends. The two books are very similar in terms of tone and subject matter, but this one reads more like a novel. This is likely because of the series of novels that  Dr. Bass and his writing partner, Jon Jefferson, collaborated on in between the two books. The Body Farm novels, written under the name Jefferson Bass, are loosely based on Dr. Bass and the cases he has solved. The sixth book in the series, The Bone Yard, was released in March 2011. 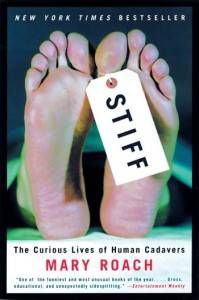 Stiff is a look at the interesting lives that the dead lead. For most people, death is not a simple matter of decomposing, undisturbed in the spot in which they die. A lot of stuff can happen to a person after death, from the traditional burial preparations to the truly macabre. Roach focuses on the more creative uses for cadavers, most of which came about in the name of science. Chapters in the book include: “Dead Man Driving: Human crash test dummies and the ghastly, necessary science of impact tolerance” and “How to Know if You’re Dead: Beating-heart cadavers, live burial, and the scientific search for the soul.”

What fascinates you? Let us know what you would like to learn more about, and we will help you satisfy your curiosity with the perfect non-fiction read.