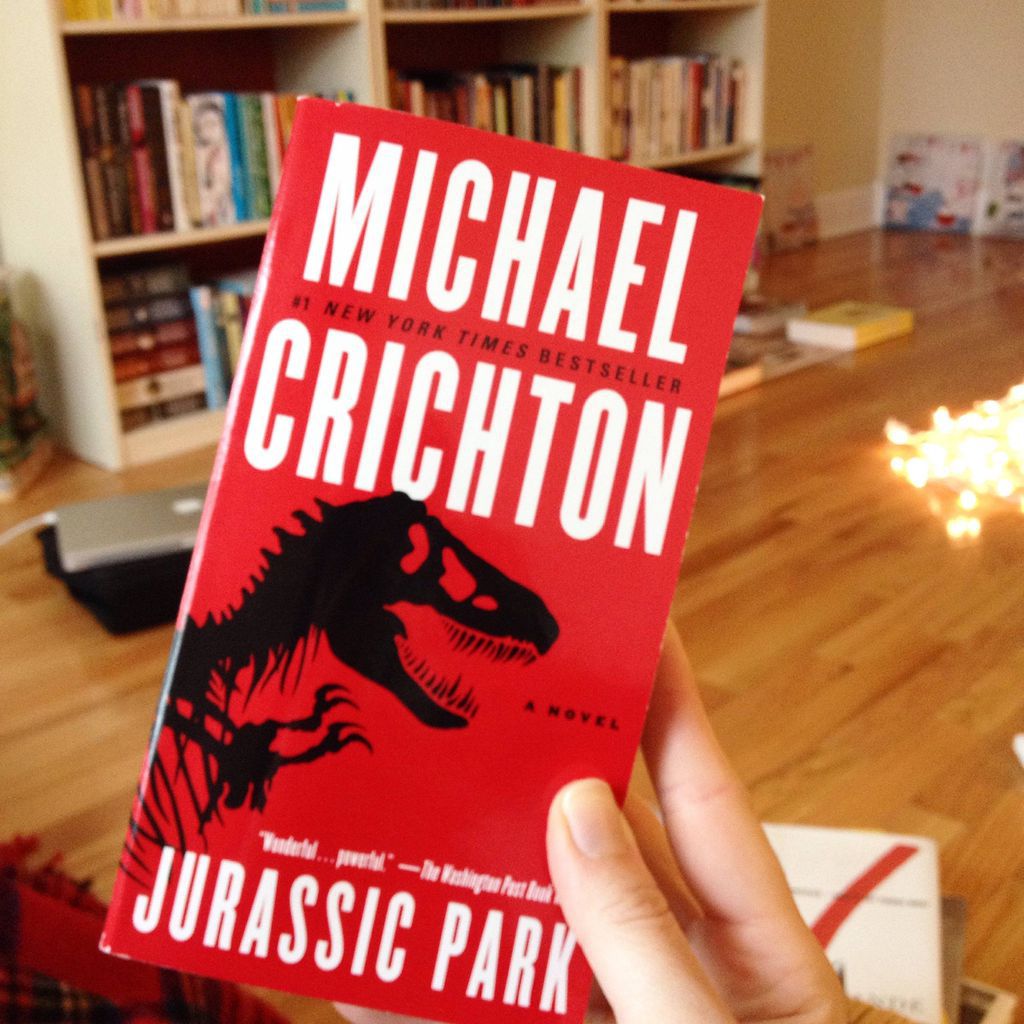 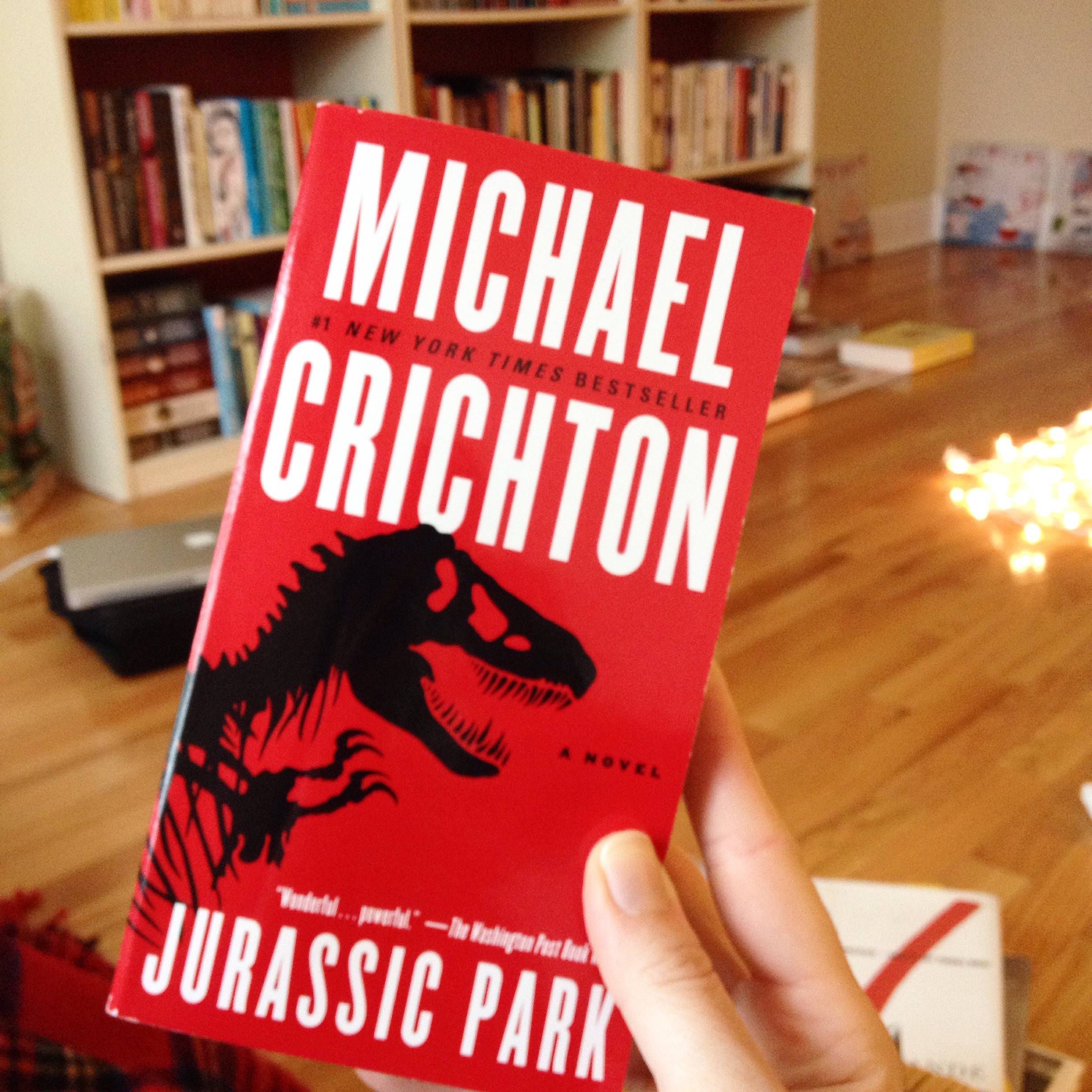 So Jurassic World just hit the theaters (heyyy Chris Pratt) and of course it got me thinking about the original, classic, crazy, fabulous ’90s film Jurassic Park. Did you know it was based on a book? I remember a stage in the early ’90s when it felt like everyone I knew was reading that novel.

It was written by Michael Crichton (who also, by the way, was the creator of another iconic piece of ’90s culture: ER) and it came out in 1990. I never did read it back then, so I decided to pick it up now, in the futuristic year 2015, and read it before I go see Jurassic World.

It didn’t take long for me to see why this book was so popular – it’s pretty gripping. It has all the stuff that made the movie fun; a little magic, a little terror, a few quips from Ian Malcolm…

And there’s more, too. Michael Crichton somehow manages to discuss science-y things (like chaos theory) in the middle of a thriller about velociraptors without ever slowing down the action. (Speaking of raptors – they are way scarier than I remembered.)

One of the best things about reading a book written in 1990 is the technology. Jurassic Park is full of fax machines and tape recorders and, the height of entertainment: the Walkman. There is a lot of talk about cloning and super computers. I also noticed everyone saying “the computer age” with bizarre frequency.

There’s this scene at the beginning of the book where an injured man is brought into a small clinic late one night in Costa Rica. He has some bizarre, inexplicable wounds; and before he dies, all he says is “raptor.” No one knows what it means…they don’t know if it’s Spanish or English or what. So later that night a nurse starts flipping through dictionaries…because in those ancient days there was no Google. If you wanted to know what something meant, you not only had to lug out a big ol’ paper dictionary…you kind of had to know what you were looking for in the first place.

There’s another pivotal scene early in the book where they make decisions all based on a fax. The fax is an x-ray of what appears to be a small dinosaur; a dinosaur, of course, that has been extinct for…kind of a long time. Now in 2015, it would be so easy to dismiss something like that as an obvious hoax, someone just pulling a prank. But in 1990, they’re just like “Oh my gosh, this is a faxed x-ray of a real dinosaur and it’s alive and it’s real and how is this possible you can’t fake this!” In 1990, it seems – before we were so inoculated to CGI and Photoshop – we actually believed our own eyes.

All of this happens in the first 50 pages or so…because after about 50 pages I forgot to pay attention to the old school tech and just got caught up in the story. It really holds up! I read it while I was in the middle of a big move so I needed something that could keep my attention; something I could pick up and put down in spare moments, something I could read when I was exhausted or distracted, something kind of gripping. And Jurassic Park definitely did the trick.

It should come as no surprise, I guess, that the guy who invented ER knew how to weave a story. I love a good ’90s page-turner. Now if you’ll excuse me, I’m off to watch Chris Pratt wrangle those three velociraptors in Jurassic World…