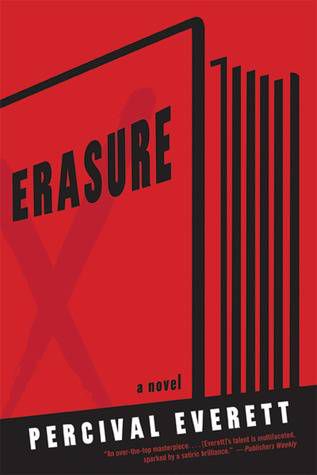 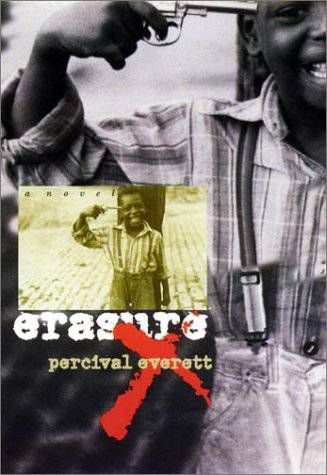 If you’re interested in the plight of being a modern-day African-American author, please read Erasure by Percival Everett.  I think that now the literary community is pushing for the need for diversity in publishing, this book–released in 2001–should be discussed as much as possible. Although the novel received good reviews from The Guardian, for example, I feel as though this novel is very important and has been pushed far beneath the radar. It’s time for this work to rise to the surface once again.

The story revolves around Thelonious “Monk” Ellison, a highly-educated Black man, who has yet to achieve commercial success for his novels. Now granted, Ellison is considered too intellectual for the masses. Ellison writes novels as treatments to critical texts from Roland Barthes and Balzac. Side note: Percival Everett himself is also quite accomplished. He graduated from Brown, became a Distinguished Professor of English at the University of Southern California, and won the Guggenheim Fellowship in Fiction this year. For me personally, I wouldn’t want to read Ellison’s works , no matter if he were white or black. When I read a novel, I’m trying to escape and frankly, Barthes’ work is inaccessible. I read THE PLEASURE OF THE TEXT and I felt like I needed someone to teach it to me because I couldn’t read it independently. The irony of a work being called THE PLEASURE OF THE TEXT and the text itself seems impenetrable. Hmph.

Anyways, Ellison’s sister frankly tells him that no one is going to read that but it’s what Ellison is most passionate about. For a Black author, there’s too much pressure. Someone like Ellison is not seen as Black enough because he doesn’t write about “Black” issues. The interesting thing about this conundrum is that Black people don’t think about being Black all day long. The “Black experience” is multi-faceted—as it should be—and so no Black person should write about something that he or she doesn’t know about. Furthermore, the Black experience is often seen as a homogenous blob, in my humble opinion. We, as a culture, do not spend enough time learning and analyzing the different ways in which Black people metaphorically push and pull against one another.

In the story, a Black female author named Juanita Mae Jenkins releases an extremely stereotypical novel and it becomes a runaway bestseller. She gets invited to discuss her work on talk shows where the white people in the audience are fawning over her every word. Disenchanted and angry, Ellison writes My Pafology, which is about a teen named Van Go Jenkins. Jenkins has multiple children by different mothers, exploits the women in his life, and lives an aimless life. The novel takes a turn when Everett inserts several chapters of My Pafology into the novel. I almost cackled while reading this section as I was on the subway for my morning commutes. The dialogue, incorrect grammar, and misspelled words were so hyperbolic that the style seemed satirical. Everything from the multiple baby mamas to the crazy sex scenes to the tense interactions between the protagonist and his mother was a bit much. However, there were some gems. For example, Jenkins is plagued by violent dreams between himself and his mother. As a reader, I could also see how this is a portrait of an incredibly sad man who has lost all hope for a more fruitful future. So instead, he takes out his frustration by hurting whomever he comes across and only realizing later on how much he is ruining himself.

I felt bad as I was reading it because I did gravitate more towards My Pafology. Of course, it was purposefully badly written but its awfulness was mildly ameliorated by the strong emotion interwoven throughout the lines. Academic writing smites this kind of sensitivity.

In order to sell this book, Ellison creates an alter ego named Stagg R. Leigh and sends the manuscript to his editor. I don’t want to spoil what happens next but yes, you should read this story as soon as possible. The book is very well-written and moves at a swimming pace. Everett plays with the ideas of the dual identity in Black artists, the myopic view that America has of Black people, and the limitations of our expression as we push towards greater recognition.