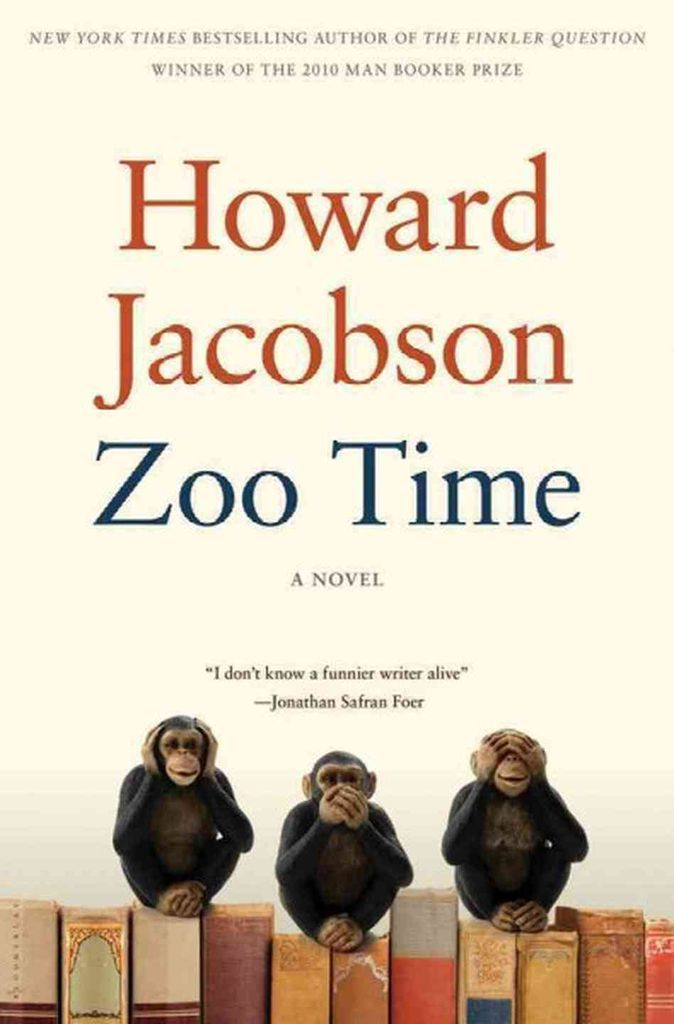 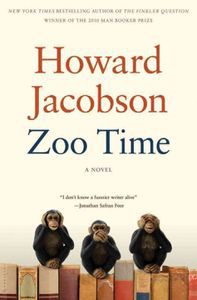 Howard Jacobson’s latest novel, Zoo Time, features a narrator who’s terrified about the decline of the book in society. An author himself, he’s witnessing this degradation of culture firsthand: first his readers disappear, then his publisher commits suicide, then his agent stops taking him to fancy restaurants, until finally he ends up stealing his own first novel from an Oxfam shop in hopes of “liberating” it from an undignified life in secondhand-land. I say “finally,” but the Oxfam theft is actually the opening scene of the novel and sets the stage perfectly for Guy Ableman’s cultural hysteria.

Just as the book world is going to hell in a handbasket, Ableman’s personal life seems to be in an even worse state. His relationship with his wife, Vanessa, is rocky, but much more serious is his obsession with her mother. He sees the two of them as a pair: “They hadn’t come with a comma between them, that had been the problem from the start.” Vanessa came into his life by coming into the shop he worked at, hoping her mother would be there. Soon enough, she was, and from that time on Ableman was obsessed with both of them. A couple novels later, Ableman is at the point of copping cheap feels off his own mother-in-law. And since he’s also coming up dry on the writing front, he tells his agent that this is his next novel, the story of a man and his mother-in-law. It’s all part of his plan to bring fiction back to “zoo time,” when “the sacred rules governing decent society reassert themselves only to be broken.”

Art is renunciation, someone once said. Here was another view. Art is indulgence. I wasn’t the first to think that. Decadence went back a long way. But these weren’t decadent times. Defeat is not decadence; death is not decadence; even Richard and Judy were not decadence. We were too inert to be decadent. …Could I put a bit of evil back? Did I have what it took to unbuckle against the forces of the great god Nice and let it all hang out?

His agent says no, because society has gone far beyond sex with mothers-in-law and into territory where publishers can either kill themselves or put out books like “The Girl Who Ate Her Own Placenta.” Ableman’s life and career end up taking some sharp turns toward the end of the novel, which I should note is undoubtedly the funniest and best thing written about the current state of writing, publishing, and reading. But what of “zoo time” itself?

Social transgression and subversion are hardly new to fiction, and you can find it in spades in the writers Guy Ableman looks up to like Henry Miller and John Updike. You can also find it in the writers Howard Jacobson himself is often compared to, like Philip Roth. Zoo time has a long and rich history—don’t forget Rabelais, or Shakespeare! The 19th century can feel like a low point for zoo time, though, and I often suspect readers who don’t spend a lot of time with classic fiction think that the 18th is more of the same. Not so! 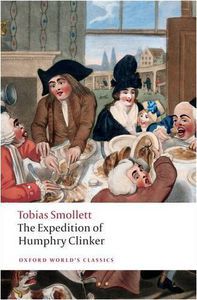 I’ve long thought of 18th century writers as a refreshing source of zoo time compared to their descendants: the bawdy storm before the Victorian calm, if you will. A personal favorite is Tobias Smollett’s The Expedition of Humphry Clinker, an epistolary picaresque first published in 1771. It tells the story of an extended family traveling around Great Britain, making notable stops in London, Bath, and Edinburgh before ultimately returning home. In the words of Matthew Bramble, one of the more serious travelers, London is its own kind of zoo:

[T]here is no distinction or subordination left—The different departments of life are jumbled together—The hod-carrier, the low mechanic, the tapster, the publican, the shop-keeper, the pettifogger, the citizen, and courtier, all tread upon the kibes of one another: actuated by the demons of profligacy and licentiousness, they are seen every where, rambling, riding, rolling, rushing, justling, mixing, bouncing, cracking, and crashing in one vile ferment of stupidity and corruption—All is tumult and hurry; one would imagine they were impelled by some disorder of the brain, that will not suffer them to be at rest.

Humphry Clinker also features references to naughty stories about the (de)merits of circumcision, the dangers of mixed bathing, as well as the title character himself, “a love begotten babe” whose very presence on the journey and in the world is its own species of zoo time. No wonder novels were often seen as a threat to social order; may they long remain so!