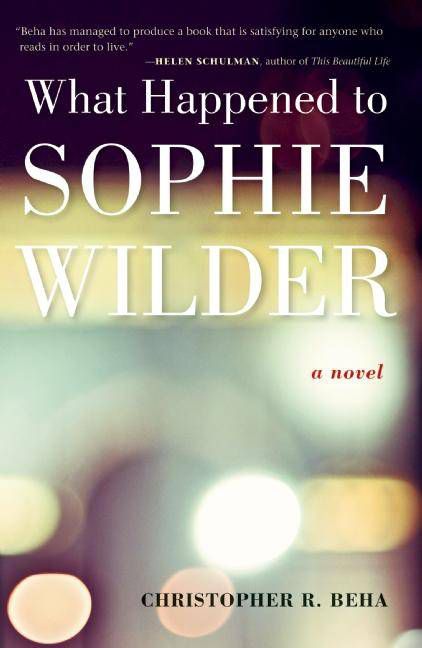 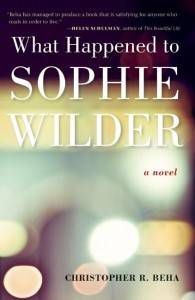 Christopher Beha’s debut novel, What Happened to Sophie Wilder, has received a fair amount of critical attention. Not only has what I’ve read of Sophie’s story of Catholic conversion been overwhelmingly positive, there has also been a strong tendency for reviewers to name-drop one of modern English literature’s best-known conversion novels, Graham Greene’s 1951 The End of the Affair. There are strong similarities between the two, but also some striking and interesting differences. And the relationship between the two novels deserves more examination, because if you’ve read and enjoyed either one, the other is likely to be of great interest.

Beha’s novel tells the stories of Charlie Blakeman and Sophie Wilder, two aspiring writers who meet in college. Charlie instantly realizes that Sophie is the more talented writer, and has a lot to teach him about reading as well. The two become friends, writing buddies, and lovers, until Sophie triggers and sudden and irrevocable break in their relationship by sleeping with Charlie’s cousin. By the end of undergrad, she is newly Catholic, newly engaged (to a still-new boyfriend), and, like Charlie, ready to publish her first book. Sophie’s comes out to great acclaim; Charlie’s withers quickly as a run-of-the-mill failed first novel. Eight years later, the two reconnect, and Charlie’s second novel—the one we are reading—fills in the gaps of what happened in between, posing answers to the titular question. 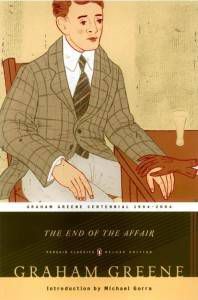 The rough outline of Greene’s classic post-war work is remarkably similar. Maurice Bendrix, narrator, is too a professional writer, and not a terribly successful one. His lover is Sarah Miles—in her case, unlike Sophie’s, already married—until one day when they too have an irrevocable split, instigated by Sarah and incomprehensible to Bendrix. Years later, he hires a private detective, who steals her diary. Bendrix finally finds out what it was that ended his affair: Sarah’s foxhole-conversion promise to leave him forever if God brings him back to life after his apparent decease in a World War II bombing  raid of London.

But here is where an important structural difference between the novels comes up and introduces variations that trickle down to major variations in their conclusions. Sarah’s diary, inserted wholesale into Bendrix’s narrative, which picks up again after the diary ends, presents her story in her own words. Bendrix can no longer speculate about what he didn’t know—regardless of his reactions to her behavior, we have the tale straight from the horse’s mouth. Her agonized experience of a faith that impels her to act against her more temporal desires comes in the first person.

In Sophie Wilder, though, Beha interweaves Charlie’s first-person chapters about his direct experiences with Sophie and without her, with third-person chapters that follow Sophie from the time of their breakup through their reunion. Who is this mysterious narrator—just your average omniscient one? The novel suggests it may be Charlie himself, filling in the gaps in “their” story. After all, he has always sensed that in some cosmic way their narrative is not over; they were not meant to part forever. When Sophie rebuffs his hopes, he laments that he “wish[es] things could be different.” Her response recalls her whip-smart early days as his literary mentor: “Then write it different.” The whole novel can be interpreted as just this, Charlie’s rewriting of the end of their affair.

Sophie Wilder, because of this structure, ends on an open, mysterious note. Beha has described in interviews that he was raised Catholic but lost his faith, and sought to explore the relationship between people with and without a capacity for it. Greene, in contrast, was himself a convert to Catholicism, and he plots out the end of Bendrix’s narrative to an ending that is, if not totally closed, certainly poking and prodding Bendrix to a conclusion he does not want. Bendrix would like to have written it very differently indeed, but the forces in his own real world seem to conspire to prevent it. Charlie’s approach leads instead to intriguing ambiguity—whatever has “really” happened need not, in the end, be Charlie’s story.