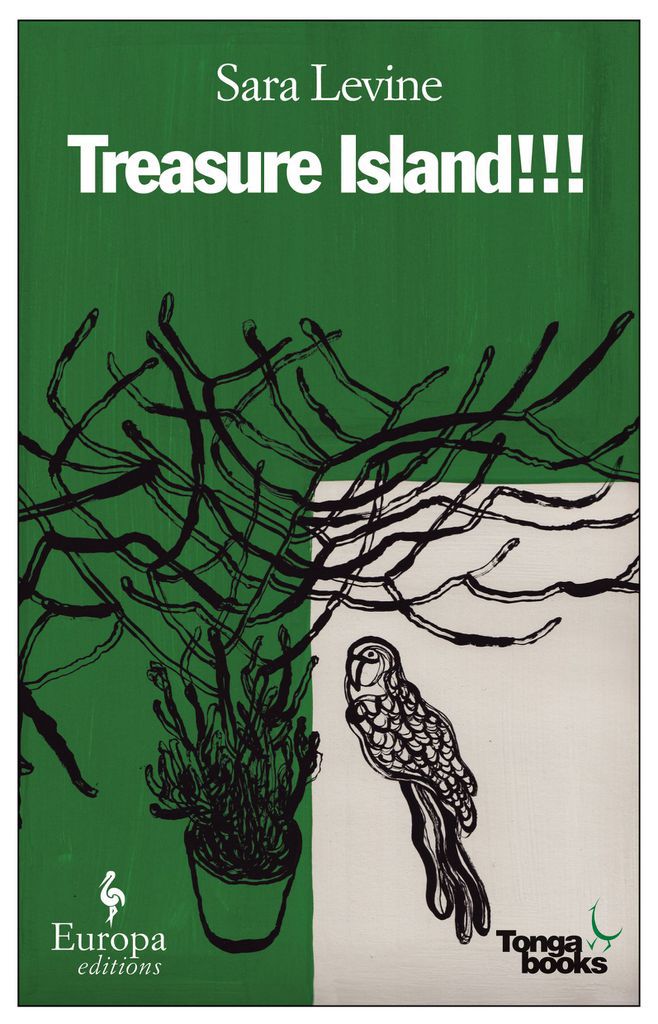 Whether or not you’ve read Robert Louis Stevenson’s Treasure Island, you probably think of it as a children’s book, if not a “boys’ book.” There are good reasons for this, to be sure—that was its intended audience, and the narrator, Jim Hawkins, is a young boy who has more than enough adventures to fill small heads with romantic dreams (or nightmares) for weeks. 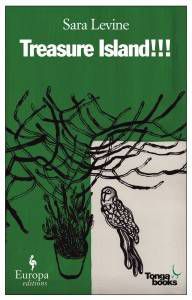 The unnamed narrator of Sara Levine’s debut novel, Treasure Island!!! (and yes, it deserves the exclamation points), sees more in the book that her sister Adrianna leaves at her house. Adrianna, a third grade teacher, tossed Treasure Island aside, muttering that “the trouble with adventure books was ‘all action and no feeling’” and that she “would force no nine-year-old girl to read it” because it had the “moral complexity of a baseball game.” When our narrator picks up the abandoned copy of Stevenson’s classic, she turns it into a manual for life—moral complexity or no.

Levine’s novel is many things, including a commentary on the perils of using a single book as a guide to all of life, an examination of the quarter-life crisis phenomenon, and a disturbing look at domestic dysfunction and adultery, and her narrator uses Treasure Island as a guide to it all—up to and including the intervention organized by her family and friends because of her Treasure Island obsession.

The contemporary reader may have a reaction similar to that of our poor narrator’s friends and family; she asks nearly all of them whether they have read the book, and practically begs some of them to do so in order to understand her better, but she is constantly rebuffed. Isn’t it a kids’ book? Isn’t it for boys? Isn’t it just an adventure story? While her family might be right to worry that she has a stack of 3-by-5 index cards with definitions of nautical terms like “gunwale” and “rollers,” or that she has adopted exactly four traits to live by because of Jim Hawkins’s best qualities, they might also have served her better by reading the book—at least, long before said intervention. 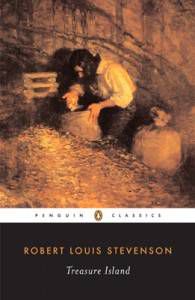 If they had done so, they would have found many things, starting with what I described in my first paragraph. They also would have found that Jim Hawkins is not just a boy during the events of the book, but also a boy when he narrates it, and that while there is some distance between himself and its events it is not the distance of adulthood. They would have found a wide-ranging cast of adult characters for Jim to either look up to or not, from pirates to doctors to gentry. They would have found far more than the BOLDNESS, RESOLUTION, INDEPENDENCE and HORN-BLOWING that Treasure Island!!!’s narrator grabs hold of and makes her own. Instead of denigrating the narrator’s obsession with a single book at the expense of all others, they might have been able to show her that even competing interpretations of a single book could lead to questions—and answers—she might not like, but that might be good for her.

When Adrianna leads the family’s intervention, one of her complaints is about INDEPENDENCE, but she is left to weakly whine only that “Interdependent people are nicer.” A reader of Treasure Island would know that, since the novel does have at least a bit more moral complexity than a baseball game, none of the events of the book would have happened without interdependence—the INDEPENDENCE the narrator builds up in her mind as an ideal is just a part of her tortured reading. And the same goes for Jim’s other traits; he does “wrong” things like eavesdropping, but they are only made “right” because they save lives and thwart evil. Levine’s narrator is not a child, agewise, but she is far from a mature adult. That she latches onto a children’s book, and sticks to a singular, cloistered reading of it is symptomatic of much larger problems in her life. Treasure Island is not the trouble, and Treasure Island!!!might remind more than just its own cast of characters that revisiting supposedly simple books reserved for kids is worth doing in its own right, at least if we’re going to use books to set a course by.