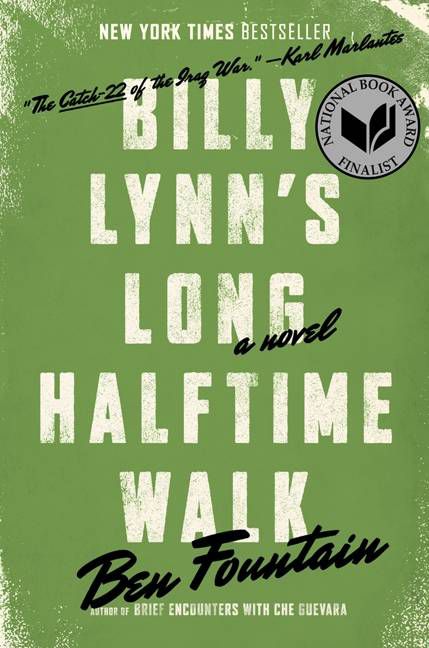 Ben Fountain’s National Book Award–finalist Billy Lynn’s Long Halftime Walk is among the latest crop of books about the wars in Iraq and Afghanistan, wars not (yet) known for inspiring particularly moving or culturally important works of literature. Whether Fountain’s novel, or the National Book Foundation’s selection of it along with another about the Iraq war, Kevin Powers’ The Yellow Birds, will change that remains to be seen. But fans of Billy Lynn can look further afield if post-9/11 literature does not yet satisfy. 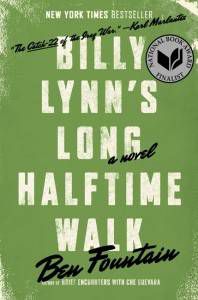 Nineteen-year-old Texan Billy Lynn is a member of “Bravo squad” (not really a squad), a group of Army specialists and staff sergeants that got famous from a FOX News viral video. When the squad was set upon during a patrol, one man killed and another “grievously wounded,” an embedded reporter happened to catch the ensuing firefight and set the entire country chattering about the heroes winning hearts, minds, and battles. The eight remaining Bravoes are quickly flown back Stateside for a “Victory Tour,” visiting malls, convention centers, and various other places of civic gathering to sign autographs, pose for pictures, and listen to hundreds, if not thousands, of Americans tell them how wonderful they are.

The tour culminates in a special appearance during the halftime show of the Dallas Cowboys Thanksgiving Day home game, alongside Destiny’s Child, a dozen-odd marching bands, and enough fireworks to addle even the best-trained PTSD sufferer. The game is full of Bravo fans as well, and the squad spends it bouncing from area to area within the stadium, meeting the owner, team members, cheerleaders, the press, and assorted bigwigs chowing down on turkey in fancy boxes and lounges.

The Bravos are not impressed. They’re looking for a nice payout themselves, hoping a movie will be made about their battle. But they’re disgusted by the complacency and consumerism they see all around them—at least, Billy Lynn is. And unlike the people who never stop approaching them with gushy, meaningless words of thanks, they know they’re headed back to Iraq in a few more days. “So proud, the men say, going around shaking hands. So grateful, so honored. Guardians. Freedoms. Fanatics. TerrRr. The wives hang back and let their men do the honors, they look on with vaguely wistful smiles and not an ounce of evident lust.” The producer who’s optioned their story witnesses the scene and notes, “They sure do love you guys.” Billy & Co. beg to differ. The rift of incomprehension between the soldiers and the public is driving Billy up the wall even worse than his nasty hangover-induced headache.

Any number of war novels would make obvious companion reads. The Things They Carried, and just about anything else from Tim O’Brien, are clear choices, along with dozens of others recounting the reintegration into society of soldiers from Vietnam, World War II, World War I… The confused vet, the brooding vet, the homesick vet, the sex-starved vet—find them anywhere from J.L. Carr’s A Month in the Country to whatever the latest in Great War historical fiction is. 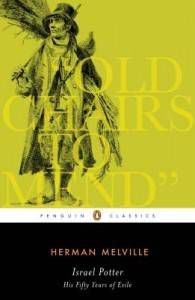 But what about the pinball vet? Billy Lynn’s Long Halftime Walk is comic, if darkly, and one of the most notable things about the experience of reading it is its pacing. The “now” of the book is very brief, just the time between Bravo squad’s arrival and departure at Texas Stadium. Nothing very exciting happens, but there is a lot going on, and the Bravoes are always on the move: now at their seats, now in a lounge, back to their seats, up getting pizza and beer, seats, roomful of cheerleaders, owner’s box, seats, halftime show, backstage, seats (not an exhaustive list!). They never decide where they go, they never decide what they do when they get there; they simply don’t decide anything at all about what happens to them. That’s what the Army itself is for, after all.

Seen broadly, this is dark—a combat theater is involved. But for this one day, it’s mostly ridiculous. The soldiers are humiliated from time to time, and consider pretty much all of it beneath their dignity, but the worst of it is the probability of looking foolish in front of millions on TV. And when I think of ridiculous novels about veterans of famous battles, something perhaps unexpected comes to mind: Herman Melville’s Israel Potter.

If Israel Potter isn’t the least known of Melville’s works, it’s certainly up there. The title character is a long sufferer under the vicissitudes of fate (the novel is subtitled “his 50 years of exile”). He fought as a young man at Bunker Hill, where he “was one of those marksmen whom Putnam harangued as touching the enemy’s eyes.” If social media had existed in the 18th century, Potter may have gone viral. Instead, he moved on to his next posting where he was captured by the British. Driven first away from the family farm and into the arms of the revolution, he is pinballed into prison, briefly, then around the English countryside a bit, to France where he hangs out with Benjamin Franklin, and back to England where he is battered by economic change (rinse and repeat as necessary). “[A]ll human affairs are subject to organic disorder; since they are created in, and sustained by, a sort of half-disciplined chaos,” Melville tells us, and Billy Lynn is troubled by the same concepts. That Specialist Lynn is also left to contemplate what exactly it is that he is fighting for, what is “American” amid all the kitsch and insipidity that greets him back home, makes it all the more apropos to look back as far as a story about the revolution and an ill-used revolutionary.