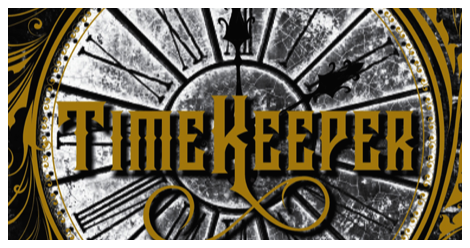 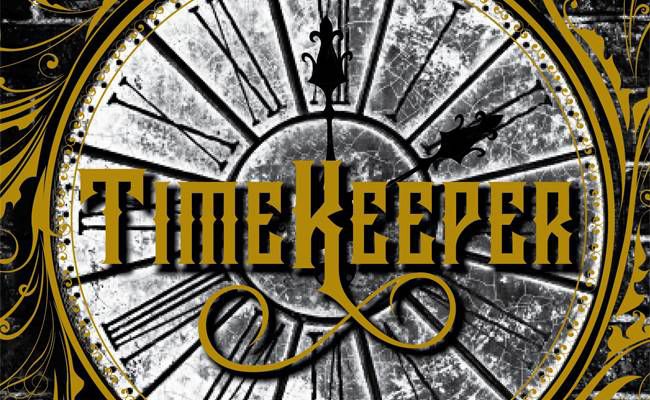 When I think about the books that made me first fall in love with reading, truly in love with reading, I think back to my parents handing me a Great Illustrated Classics set. Remember those books? Chunky, thick white hardcovers with large print, black and white drawings, and adapted prose made for kids?

But the book that did it, was Jules Verne’s Twenty Thousand Leagues Under the Sea. Between that book and Journey to the Center of the Earth, and the adapted H.G. Wells books, I was reading steampunk before I knew what steampunk was.

Those books offered up wild machinery, thrilling adventures, and astonishing worlds based on, or set in, our own… and spurred my young imagination. Those books made me want to maybe one day write, and definitely inspired me to read voraciously.

And Timekeeper by Tara Sim, made me feel that kind of magic again.

Set in a steampunk filled world where massive clock towers don’t just tell the citizens below the time… but actually control it, Sim’s debut is an imaginative book that brings back memories of what made me love those classics. Her writing brings to mind modern masters of steampunk prose, like Gail Carriger and Cherie Priest.

While the world is wildly interesting and fantastic, with broken clock towers that have left towns frozen in time, it’s the emotional impact and diverse cast of characters that make this book soar for me. The main character of Sim’s adventure is a tortured genius, someone who repairs these steampunk clocks, and is obsessed with saving his father, who has been trapped in a time frozen city.

The resulting story is an exciting and inclusive one, drawing in elements of magic, mystical spirits, swoon-filled romance, and just so much more… and I’m hungrily waiting for the second and third book in the trilogy.

But alas, you’ll have to wait. Until then, here are some great steampunk reads you should be checking out, until the sequel to Timekeeper hits shelves sometime in 2017. 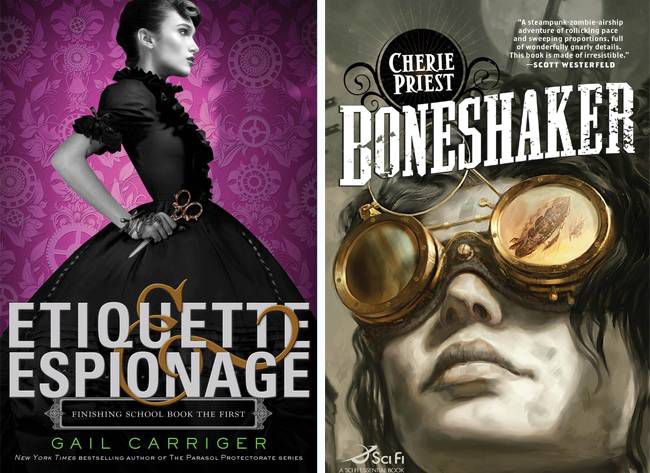 Etiquette & Espionage by Gail Carriger: The first book in Carriger’s Finishing School series is set in an academy that’s anything but a finishing school. Sure, the young women who attend the school do learn about etiquette, but as the title suggests… there’s a lot more going on than just learning how to curtsy. The students are there to learn the craft of spying.

Boneshaker by Cherie Priest: I’ll never forget stumbling on the first book in Priest’s Clockwork Century series, because the ARC had something along the lines of “zombie steampunk airship adventure” on the cover. What else do you need? Set in an alternate history during the Civil War, a machine unearths gas that transforms people into zombies. Each book in the series gets even better. 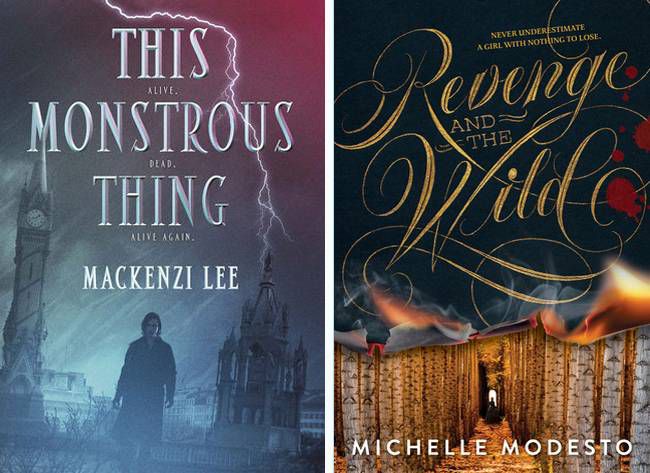 This Monstrous Thing by Mackenzi Lee: Set in a world of clockwork pieces that don’t control time, but instead, have the ability to give life, Lee’s book introduces readers to Aladair Finch. He’s a Shadow Boy, a mechanic who helps take care of people built with clockwork parts, people forced to hide from the world. And when his best friend dies, he resurrects him… all set around the time Frankenstein is published. A YA steampunk read that reads like a retelling, with that book kind of as a character? Metafiction. All about it.

Revenge and the Wild by Michelle Modesto: Ever play that video game Wild Arms? It’s one of those older RPGs from the age of Playstation’s golden era of RPGs, a la Final Fantasy 7 through 9.  Modesto’s debut novel feels a bit like that video game. A steampunk Western set in a world of magic, monsters, and mayhem. And in the midst of all the madness is a brilliant story, about an invention that pulls something more than just money out of gold… it pulls out magic.

Now, what are some of your favorite steampunk reads, Riot readers?