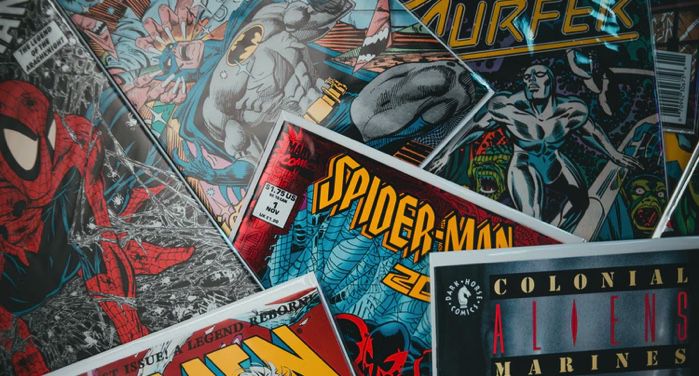 Have you ever read something where a character behaves so abominably or ridiculously that you want to throw the book across the room and hop onto your social media of choice to excoriate that character in front of everyone? If you read superhero comics, you almost certainly have.

Sometimes, a character’s bad behavior is written in purposely: it’s not much of a story if someone doesn’t do something wrong and have to face the consequences. But in other cases, the problem goes deeper. Maybe the comic was written decades ago when racism and sexism were normalized. Or maybe a specific creative team doesn’t understand or respect the characters, or the editors have a particular vision for the series and force the writers and artists to comply.

If the hero you love was around in the ’40s, they probably said nasty things about the Japanese. In the ’50s, ’60s, or ’70s, I can 1000% guarantee they either treated women like garbage or shamelessly manipulated the person they claimed to love (or both). Since the ’80s, comics have gotten increasingly violent and morally ambivalent, causing characters to start killing people and betraying friends in a deliberate ploy to provoke the reader.

This can be upsetting and intimidating for newer fans. If you stick around in this fandom long enough, you’re going to have to eventually confront the question: how can I continue to love someone who has done such offensive and terrible things?

As a fandom veteran, I offer you this advice: forget about it, don’t make excuses, and definitely don’t be a jerk to other fans.

Let me introduce you to a couple of words you may or may not know: canon and headcanon. “Canon” refers to things that actually happen in comic, while “headcanon” is what you personally believe should have happened.

Canon and headcanon do not have to match. It is perfectly acceptable to sweep bits you hate under the rug and ignore them from now on. You can even make up stuff that you like better!

Me, I love Iron Man, but only because I ignore most of what’s happened in canon since Civil War, in which he got into bed with a government organization he’d long distrusted in order to screw over everyone he ever cared about. As you may imagine, this makes things difficult for me, given Marvel’s ongoing love affair with all things Civil War. But hey, that’s what back issues and fan fiction are for. When I see something about Civil War, I gently whisper “not today, Satan” and reread a comic from the ’80s or something.

Civil War may be canon, but in my headcanon? It doesn’t exist.

Sometimes, though, you get lucky and the publisher is just as eager to forget about a character’s problematic phase as you are. Did you hate All-Star Batman and Robin? So did DC, so don’t worry, you’ll never hear about it again.

When you really love or identify with a character, it can be tempting to try to justify their actions, even if what they’re doing is bad. But becoming so enamored of a person (real or fake) that you praise everything they do and attack those who point out their genuine faults is dangerous: it blunts your critical thinking skills and allows either the character’s creators or the real-life awful person to get away with depicting/doing some pretty horrendous things.

Going back to my own experience, I really like the Wasp, especially the version of her from the cartoon Avengers: Earth’s Mightiest Heroes. But she spent most of the 1960s emotionally and verbally abusing her boyfriend, Ant-Man. Theoretically, I could make excuses for her behavior or even claim that what she did wasn’t abuse, but that would be dishonest and disrespectful to real abuse survivors. It’s less painful to just say, “Yes, the Wasp was written as an indefensibly terrible person for years,” and then get on with my forgetting.

Like with Civil War, I realize that the canon exists, but I ignore it when it suits me.

It may sound weird, but you can even find a kind of happiness in a character’s former awfulness. Today’s Lois Lane is a tough-as-nails reporter, but in the ’50s she was an utter looney tune who went to disturbing lengths to get Superman’s attention. It’s not how the Lois Lane in my headcanon behaves, but it’s funny as heck to read.

As much as you may hate a certain interpretation of a character, there’s another fan out there somewhere who loves it. Lots of people like Civil War, and I’m not about to storm into their DMs ranting about how WRONG they are or how they DO NOT UNDERSTAND the characters. I’ll criticize the comic itself till the cows come home, but I don’t attack the people who enjoy it. Or the people who worked on it, for that matter.

The internet is a vast, vast place. If you see someone posting opinions that upset you, feel free to click away and even block that person. They have a right to express themselves, but that doesn’t mean you have to look at it if you don’t want to! There are plenty of other fans who share your interpretations, so why not hang out with them instead of arguing with people you disagree with?

I know this sounds convoluted. Why even bother reading a genre when you have to twist your brain into a pretzel just to enjoy yourself?

It’s not for everyone, I’ll admit. But it’s also freeing, in its own way. Whether you love or hate how a character is currently depicted, this too shall pass. New creators will come in eventually, and there are always decades’ worth of older comics to explore. Maybe you’ll like them and maybe you won’t, but you have the freedom to pick up the parts you like and discard what you don’t. The power is yours, true believer — and with great power…