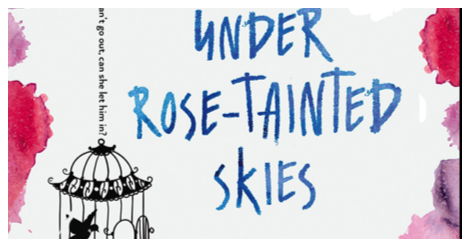 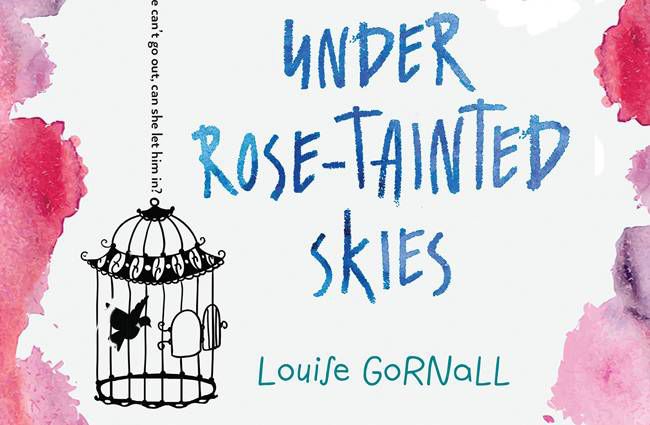 I was pretty jealous of U.K. readers last summer, when Louise Gornall’s Under Rose-Tainted Skies, came out with Chicken House half a year before readers in the U.S. got it. It’s a debut novel I’ve been eagerly awaiting, and now that it’s finally here, I’m just so happy.

In Gornall’s moving debut we meet Norah, a teen girl living with agoraphobia, which triggers extreme anxiety and fear of the outside world and unfamiliar environments. She’s 17, and lives her life through social media feeds, watching other people live out theirs while she stays trapped inside her home.

And then she meets a boy who sees beyond her difficulties, but it’s hard for Norah to see beyond the illness that she feels defines her. And that’s the truly hard hitting part of the story, and the most genuine. Your heart is absolutely going to ache for Norah, while you cheer her on and root for her.

And when it comes to that heartache, the story is full of just as much humor as it is full of heartbreak, but what really adds to the moving nature of this book is the author herself. If you follow Louise on social media, or read her interviews, you’ll learn that she frequently speaks openly about her own mental health. The book draws from a genuine place, making it all the more powerful.

From the romance to the themes discussing mental health, there’s a lot to love in this debut, and I’m eager for whatever Gornall writes next. And I’m grateful for a book like this. As someone who doesn’t live with what Norah does, this book, and others like it, help me understand the condition better. It gave me a glimpse into a life that isn’t mine.

Here are a few more books that do just that, discussing agoraphobia and mental health. 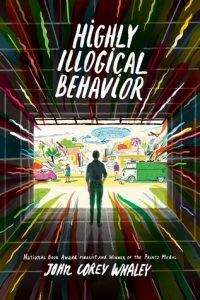 Highly Illogical Behavior by John Corey Whaley: I absolutely adored Whaley’s latest novel (see this post from April 2016), a geeky YA contemporary with characters you can’t help but love and be furious with.

In it, we meet Solomon, an agoraphobic teenager who hasn’t left his house in three years. He’s got a wonderfully supportive family, who even allow him to paint the inside of their garage into a mock Star Trek holodeck (get the title now?).

And then Lisa comes into his life. A driven teenager who wants to study psychology in college, and plans to use Solomon for just that. She’s going to write about him. She’s going to fix him. And just by saying that, you can probably already tell things are going to get difficult. And they certainly do, but not entirely in the ways you might expect. 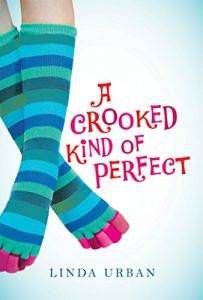 A Crooked Kind of Perfect by Linda Urban: Not a YA novel like Gornall’s. This one is a middle grade book, and isn’t so much about the main character living with agoraphobia herself, but living with it never-the-less. Her father is agoraphobic.

And as she pushes forward with her dreams to be a great pianist, her father tries his best to deliver what she needs… and instead, gives her an odd, electric organ. 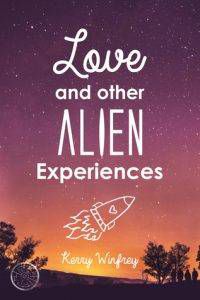 Love and Other Alien Experiences by Kerry Winfrey: This one is pretty high up on my to-be-read list, especially with the book’s unique journey. Originally published last year as an eBook from the team at Paper Lantern Lit, it’s getting some new life with the team at Feiwel & Friends later this summer. Look for it in July.

In Winfrey’s debut YA novel, we meet a teenager living with agoraphobia, and coping thanks to a digital life on an alien discussion board, and an unknown person she argues with on it. And she’s planning a way to finally get out. And it has to do with winning homecoming. If she can get out, that is. 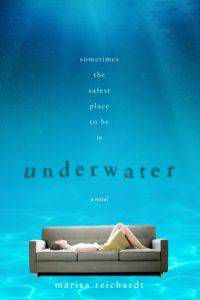 Underwater by Marisa Reichardt: After suffering a seriously traumatic event that I won’t spoil for you here, Morgan is living with some intense PTSD, panic attacks, and anxiety.

The story unravels slowly, giving you slight peeks at the tragedy, and you get to understand why Morgan feels like she’s, hence the title, living underwater.