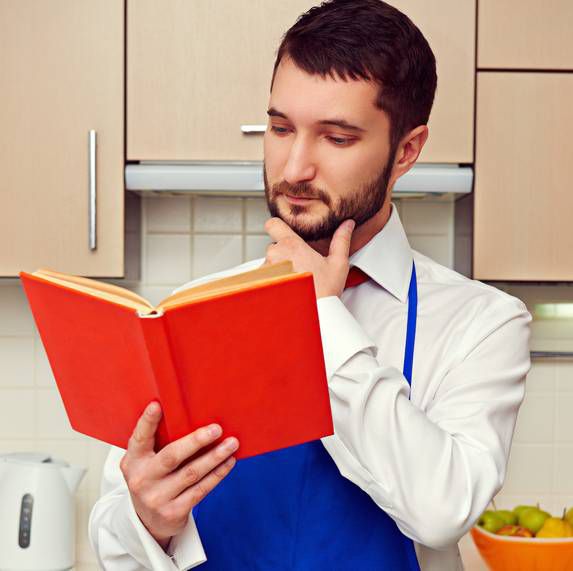 People are always like, Children should come with instruction manuals, ha ha ha *sob* because once you have children, your ability to make fresh and funny jokes dies in a fire. But also, that is bullshit because they do, they come with tens of thousands of instruction manuals, and you couldn’t read them all if you tried.

Seriously though, just come to a consensus.

So I read some of them for you. Specifically, I read some about feeding children, because eating things is important to me, as is only cooking one goddamn meal in the evenings. I always said my kids would eat whatever I ate, that they would be adventurous eaters, that it would be easy if I just stuck to my guns, but that was before I had kids. Now I sit here in my mom-jeans, pushing back against the tide of North American stroller-snacking, hunger-fearing, high-fructosing sentiment. It is a strong tide, my dudes.

Here is some of what I’ve been reading. 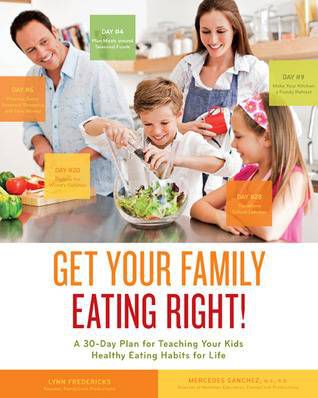 Get Your Family Eating Right by Lynn Fredericks and Mercedes Sanchez

This is a decent short primer about involving children in shopping and cooking, which I am super down with. It has an excellent list of age-appropriate kitchen tasks, and each recipe has steps for the adult and steps for the children.

The whole book is very Farmer’s Market Fresh, which is lovely but I live in snowlocked Saskatoon and the only produce we have handy are some wrinkly beets and a pile of Fuck The Environments (they’re like strawberries, but more expensive). It’s also very ‘She vividly remembers the aromas of garlic, tomatoes, peppers, pungent fresh parsley and basil, and delicate shrimp and scallops when her mother cooked eye-poppingly colorful cioppino.’ If things like writing style matter to you.

Some attitudes expressed I disagree with, like letting your kids have healthy snacks whenever they’re hungry, or sneaking veggies into your kids’ food. It’s also soooort of GOOPy, when she’s like, ‘Pay your babysitter for extra time each week to help with some of the shopping and vegetable prepping; or do major cooking when the cleaning person is there to help you.’ If I had them dollars, I could just buy my family some health, amirite. 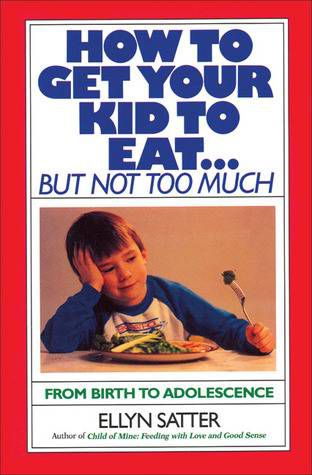 How To Get Your Kid to Eat, But Not Too Much by Ellyn Satter

This one is very child-driven, with the assumption that if you buy and prepare and serve healthy foods and give your child the freedom to dictate her own eating habits, they will eventually trend towards ‘good.’

A toxic food environment is what leads children to mistrust their own hunger and satiety cues, which is what leads to over-eating or irregular eating. It sounds sort of loosey-goosey, but what I like about is the reliance on structure, on setting meal times and snack times and offering a range of options, but allowing freedom within that range.

Jamie Lee wants you to eat your greens. 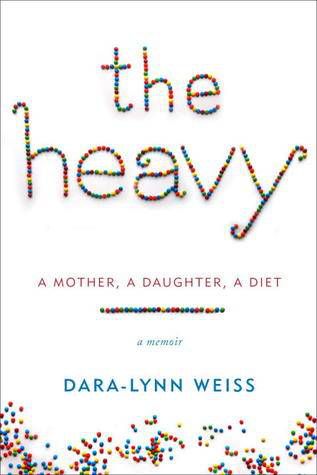 The Heavy: A Mother, A Daughter, A Diet by Dara-Lynn Weiss

This is not necessarily a GOOD book, but it’s a conversation-starter. Woman puts her overweight seven-year-old on calorie-restricted diet, woman writes article about it for Vogue, woman experiences extreme backlash because parenting in public is a bloodsport, woman writes book about it. And I was really super critical about this whole idea.

Diet foods are not for children.

But Weiss spent a year trying to introduce more veggies and activity and fewer treats into her slightly-overweight daughter’s life and her daughter was still diagnosed as ‘obese’ and then Measures Were Taken. TO HER CREDIT, every time she would give her daughter a 100-calorie pack of Thinsnax or whatever, she would be remind you (the judgey, whole-foods-eating reader) that there’s a difference between healthy eating and weight-loss eating, and that her daughter’s medical imperative was to lose weight.

What I think Weiss does well in this book is open up a dialogue about what to do when our kids are fat, and then freely admit how conflicting it is. She still wanted to give her daughter a childhood and all the birthday cake that entails, but also wanted her to enter puberty without a reputation as The Fat Girl. THERE ARE NO GOOD ANSWERS. This is not a well-written book, all like ‘giant eyes with never-ending lashes blinking languidly onto tumescent cheeks’ OMG PUT DOWN THE THESAURS PLZ, but it is an interesting one. 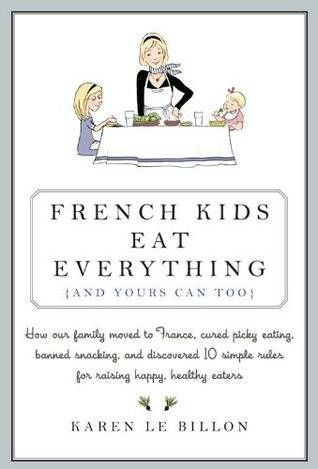 French Kids Eat Everything (And Yours Can, Too)  by Karen Le Billon

This one is my favorite. It’s my preferred blend of Memoir and Advice Column. Le Billon’s kids ate only the white foods (buns, noodles, chicken breasts), and her French husband and his French family were very unimpressed, and she was like, BUT THIS IS HOW KIDS EAT THOUGH and then she moved to France and no it is not.

And she found the French to be very cagey about their dietary ‘rules,’ possibly because it’s more of a culture of eating than any particular list of Dos and Don’ts, and possibly because it’s hard to dissect your own societal givens, but because Le Billon is American, she does a bit of investigatory socializing and makes a List of Rules and THEY. ARE. GREAT. Eat mostly real food! You don’t have to like it, but you do have to taste it! Kids eat what adults eat! These are rules I can get behind.

This is why the Joker has poor nutrition.

I super enjoy Le Billon’s honesty, particularly about her early boneheadedness and inability to trust that her kids would learn to eat. It’s hard to raise tiny humans in North America, with ‘Kids’ Menus’ full of mac ‘n cheese and cheese burgers and grilled cheese sandwiches, and to still believe that they can learn to eat beets and capers and shit. I spend a lot of my time at story time or the park explaining why we can’t have a snack now even though other kids are having snacks now, because we don’t run around eating snacks all willy-nilly, so I found it frustrating and jealous-making to read about French daycares with elaborate and healthful menus, about a culture of snacklessness, about people just expecting kids to fall in line. Peer pressure can be your friend.

Anyway. Le Billon and her family eventually moved back home to Canada, so she has experience kicking against the deep-fried goads. This is my go-to recommended read for anyone raising kids in a junk-food-based society, for anyone whose kids only eat the white foods, for anyone who likes to read.

Read any good books lately on feeding your humans? Or on raising them in general?