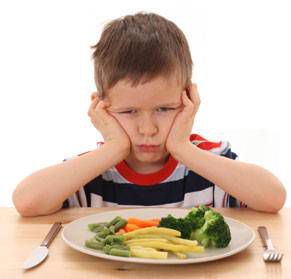 And not even the books you read, though there are plenty of those. I’ve always researched the hell out of my parenting issues, but now that my oldest is a sentient, language-speaking creature and not just a potato with eyes, I’ve started applying books to our problem areas. She’s a rull good eater for a preschooler but ALSO SHE IS A PRESCHOOLER and man are they a suspicious and unmovable group.

But a lot of childhood food dislikes stem from unfamiliarity. When kids say “I don’t like that,” often what they mean is “I’m unfamiliar with that and so I’mma err on the side of NOPE.” Reading books about foods equips kids with information and power, familiarizing them with names and appearances, so the first time they see an asparagus isn’t when they’re expected to put in in their mouths. A book like Now I Eat My ABCs by Pam Abrams runs from grapes and peas to donuts and fries, (although there HAS to be something better for ‘R’ than ‘red pepper’). An even lovelier alphabet book is Eating the Alphabet by Lois Ehlert, which has her classic watercolor illustrations of baaaasically every produce ever. This is a fun book to eat your way through, from the artichoke to the zucchini.

Kids also love to know how things work, so read books to them about how things work. The Little Red Hen teaches about the steps between seed and bread. The Vegetables We Eat by Gail Gibbons explains the classification of vegetables (DID YOU KNOW WE SORT THEM BY WHAT PART OF THE PLANT WE EAT because I did not), and how they get from seed to store. Books about digestion (My Digestive System by Sally Hewitt, Our Digestion System by Susan Thames, or A Tour of Your Digestive System by Molly Kolpin [there is apparently almost no wiggle room in naming a children’s book about digestion]) help kids understand how food becomes poop.

Sometimes we expect kids to osmose nutrition information from, I dunno, watching Popeye or whatever (kids still do that, right?) but there are actual kids books that actually explain why they should eat well. Why Should I Eat Well? by Claire Llewellyn is one of these. Good Enough to Eat: A Kid’s Guide to Food and Nutrition by Lizzy Rockwell is another. The Edible Pyramid: Good Eating Every Day by Loreen Leedy is yet another, all explaining in preschooler terms WHY we eat peppers often but Klondike bars sparingly.

Books about people not liking a thing and then later liking that thing (usually after they just try it, because FOR REAL ONCE YOU TRY IT, IT IS USUALLY GOOD) are surprisingly effective. We always completely inaccurately tell my daughter to be like Sam I Am when encountering a new food (I know. I KNOW. Sam is the one with the eggs. It’s Frankenstein’s monster all over again. But the guy trying the eggs is nameless, and “Be like nameless Seuss character” has way less oomph). If eggs and ham ain’t your thing, Frances, from Russell Hoban’s Bread and Jam for Frances, has bread and jam for every meal until she gets real weepy about being left out and just eats some damn spaghetti already. It’s a longish book, but full of fun little ditties.

Giving food fun names has been proven BY SCIENCE to get kids to eat more of them. I Will Never Not Eat A Tomato by Lauren Child isn’t my favorite book, and is sort of a lousy example of the genre due to lameness: peas are “green drops from Greenland,” fish sticks are “ocean nibbles from the supermarket under the sea,” and tomatoes are “moon squirters” which sounds SUPER NASTY but my three-year-old thinks it’s hilarious because children are total stooges when it comes to humor.

A few books tackle the issue of picky eating head on. The Seven Silly Eaters by Mary Ann Hoberman has CHARMING illustrations and the resolution – from seven silly, bratty eaters, each demanding a different food while their mother is worn to a shred, to a family all “fed/A single simple meal – just one.” is something I can get behind. It’s also actually fun to read out loud, which is an UNDERRATED ACHIEVEMENT. Tales for Very Picky Eaters by Josh Schneider is also a major winner in terms of readability. Four short stories follow James, the picky eater, as he decides (with some help) to eat his food. FOR EXAMPLE: as an alternative to broccoli, James is offered some gourmet dirt, some carefullly pre-chewed gum, or the finest gym sock. He eats his broccoli.

I feel you, Kong.

If your littles are launching a mutiny at the table, take some books out of the library and read better habits into them. Meanwhile, while you’re waiting for the good vibes to sink in, pour yourself some wine and listen to Stephen Fry read the final word on the subject, Adam Mansbach’s You Have to Fucking Eat.