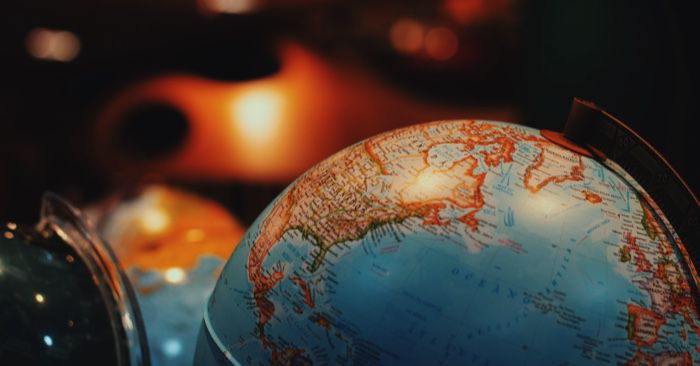 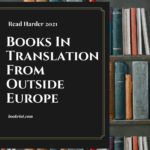 It’s a great time to be a reader of books in translation. I can think of many wonderful small presses that specialize in translated books, and the major publishing houses put out great ones as well. With the International Booker Prize, the Best Translated Book Award, the National Book Award for Translated Literature, and other great translation prizes, it’s easy to discover a new book originally written in another language.

Still, it’s possible to get caught in a pattern of reading mostly books written in English. It’s also possible, when you do pick up a book in translation, to focus mostly on translation from Europe. But so, so many great translations are coming out from Japan, South Korea, Argentina, Mexico, Chile, and many other countries and languages.

The list below has ten recommendations for the Read Harder task of reading a non-European novel in translation. But even if you’re not doing the challenge, you might want to check out the list below and see what appeals to you. I focused this list on contemporary novels so you can see the range of fiction currently being written. Check out the list and find a great new author to fall in love with!

The Disaster Tourist is a novel about work, feminism, travel, and disasters. Yona’s job is to create travel packages for people who want to tour disaster zones. Yona has done her job effectively for years, but now her boss is sexually harassing her and her work is getting undermined and ignored. Her boss suggests that she take a “vacation,” which is really just a working trip to the island of Mui to assess its value as a tourist destination. Once she arrives there, things start to go very wrong. The novel is a quick, enjoyable read that deals with serious questions about the value of work, of workers, and of humanity. 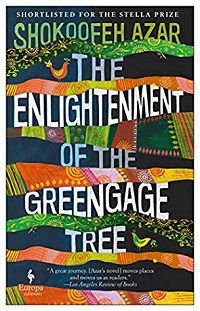 The Enlightenment of the Greengage Tree by Shokoofeh Azar, Translated by Anonymous (Iran)

The Enlightenment of the Greengage Tree was shortlisted for the 2020 International Booker Prize. It takes place in Iran after the revolution of 1979. We find out early on that the book’s narrator is a ghost: she is Bahar, a 13-year-old who died in Tehran during the revolution. This prompted her family to flee to a remote village where much of the story takes place. The novel is full of fabulous tales of jinns, mermaids, people who can fly, ghosts who are ever-present and can talk, and more. It’s also full of details about the violent aftermath of the revolution as the characters try to move on with their lives. Shokoofeh Azar has found a brilliant way to use myth to record harsh truths about political and cultural upheaval. 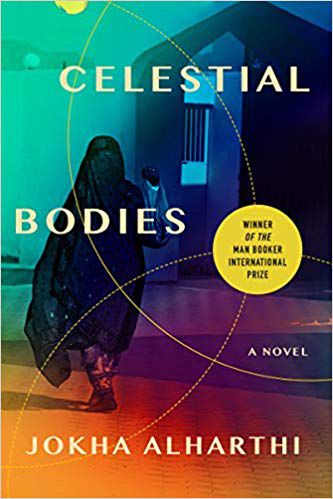 Celestial Bodies won the 2019 International Booker Prize. It’s the first novel written in Arabic to win this prize and the first book by a female Omani writer to be translated into English. It’s a family saga, set in the small Omani village of al-Awafi, and tells the story of three sisters and their fates, bringing in stories of their extended families and their slaves/servants. The sisters’ lives are defined by marriage, two of them following social expectations placed on them and one rebelling. Each of them tries in their different ways to reconcile their own desires with the roles given to them. It’s an absorbing novel as well as, for international readers, a valuable glimpse into Omani life. 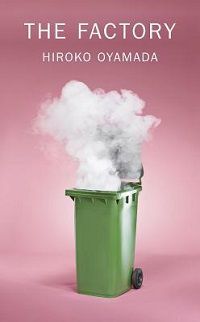 The Factory by Hiroko Oyamada, Translated by David Boyd (Japan)

This novel takes place in an unnamed Japanese city dominated by a sprawling factory. It tells the stories of three factory workers from different departments and with varying levels of prestige. It’s unclear exactly what gets produced in this factory, and the protagonists don’t understand the point of their jobs. The factory’s boundaries are unclear and shifting, and previously unknown plants and animals appear at its edges. The novel’s surreal tone captures the nature of contemporary work, where everyone is made to feel grateful just to have a job. This is a world where large corporations rule, slowly worming their way into people’s everyday lives. The Factory is haunting and uncanny. 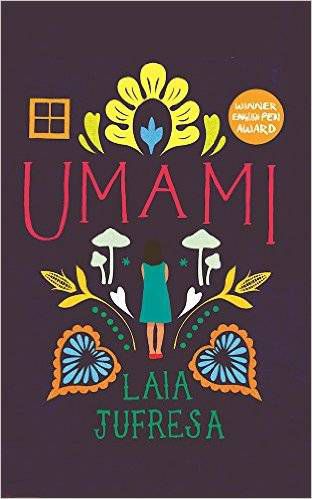 Set in Mexico City, Umami is a story of a neighborhood. Five families live in five apartments, each one named after a flavor: sweet, salty, sour, bitter, and umami. The novel is composed of various narrators telling their stories, all centered on the theme of loss and grief. At the heart of the story is Ana, a 12-year-old who is trying to make sense of the loss of her sister. From there, the novel branches out into other characters and other stories, each one about secrets and pain. It’s also a novel about food, gardens, and community. It’s beautifully written and sad, but never oppressive or humorless. 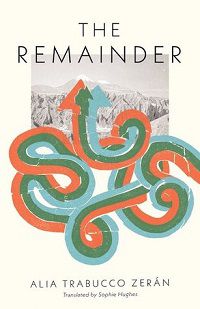 The Remainder tells the story of three friends on a road trip. This is not a light, rollicking road trip novel, however: two of the friends are helping the third find the body of her recently deceased mother. The novel is set in Santiago, Chile, and grapples with the legacy of the country’s violent history by looking at how it has affected the children of those involved. Alia Trabucco Zerán’s writing is gorgeous: she captures the courage, vulnerability, and suffering of her characters beautifully, switching back and forth between one character’s wandering thoughts and another’s sensitive attempts to understand her experiences and emotions. 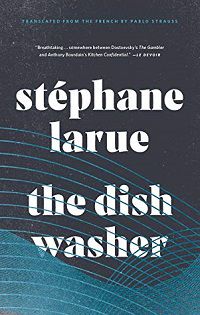 The Dishwasher by Stéphane Larue, Translated by Pablo Strauss (Quebec)

The Dishwasher tells the story of a young, music-obsessed man in Montreal with a gambling addiction. He’s in college studying graphic design, but he’s been skipping class. He owes several friends money, and he’s feeling increasingly desperate. So he takes the first job that comes his way: washing dishes in the sort of fancy restaurant he never goes to himself. He works with a diverse group of fellow laborers, each with their own problems. And he tries not to gamble again. The tension created by the protagonist’s desperate efforts to stop gambling and to keep from falling behind in the dish pit made it difficult to put this novel down. This is an utterly engrossing look at addiction, city life, music, and work. 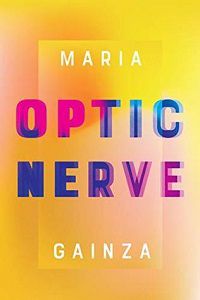 Optic Nerve is for those who like meandering, idea-driven, genre-bending fiction. The narrator lives in Buenos Aires and is obsessed with art. The novel moves between stories from her life and meditations on art and the lives of artists, including Rothko, Courbet, El Greco, and Henri Rousseau. The narrator writes from the perspective of both an insider and outsider: she is a recognized art historian but one who is afraid to fly to Europe to take part in art world gatherings. She has access to great museums in Buenos Aires but they often don’t have the most famous works. She is a thoughtful narrator, and her ideas and observations are a delight. 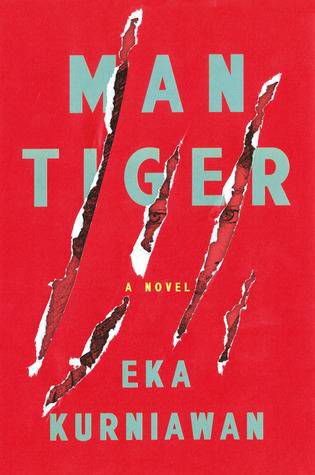 Man Tiger tells the story of Margio, a mostly-ordinary young man except that he has a fierce tiger living inside him. We are told that the tiger is an inheritance from Margio’s grandfather, but otherwise, its existence is a mystery. In the novel’s first chapter, Margio, under the tiger’s influence, kills a man by biting through his neck. The rest of the novel fills in everything that led to this moment. It tells the story of two intertwined families and their complex histories. It’s a story of bad fathers, disillusioned wives, and disobedient children, of pregnancy and murder and circuses and swords. It’s an ambitious, daring, fierce novel. 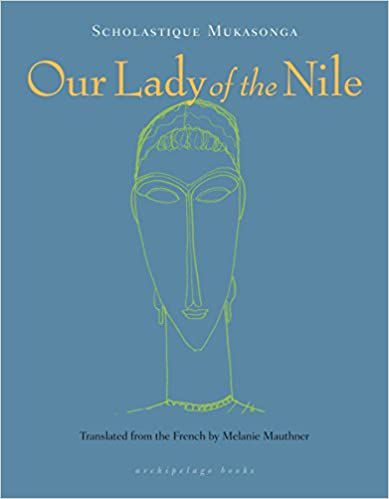 Our Lady of the Nile by Scholastique Mukasonga, Translated by Melanie L. Mauthner (Rwanda)

Set in 1970s Rwanda, Our Lady of the Nile takes place in Notre Dame du Nil, a school for elite young girls. The pupils are sent here to escape the dangers of the outside world, but of course full escape is never possible. The novel takes us through the rainy season, narrating the girls’ lives: their friendships, alliances, fights, and coming-of-age stories. Into this seemingly quiet world, the surrounding turmoil inevitably intrudes. This is a novel that illuminates the darker side of human nature and how conflict and violence arise.