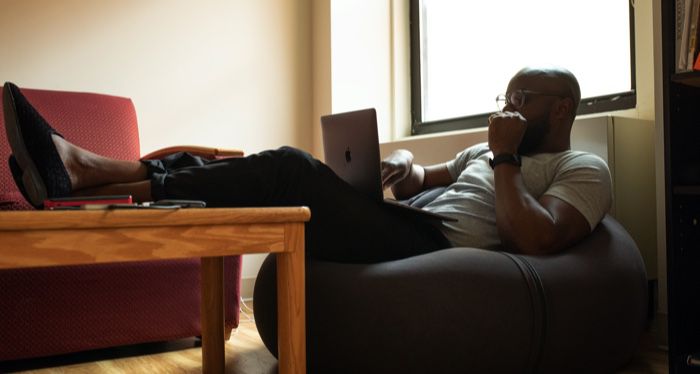 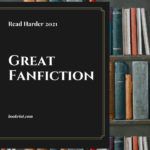 Is your brain broken from 2020? Does the prospect of reading anything new in 2021 send you into a spiral? Friend, I understand. Sit down, take a load off, clear that TBR pile; it’s time to lose yourself in some fanfic for the 2021 Read Harder Challenge.

I’m not going to get into the history of fan fiction today, or plead with doubtful readers to take fan fiction seriously and make a case for its merit. Do you enjoy reading? Great! Reading fanfic is reading; it counts as reading. It’s wonderful and I love it and I think you’ll enjoy it too.

Recommending fanfic to read is a bit tricky, as there are so many types of stories within fan fiction, and what one person enjoys may not be what you are interested in reading. Some readers find comfort in reading lots of fluffy stories with their favorite characters just hanging out, and others enjoy angsty relationship-focused fics. Perhaps you only want to read fan fiction that would fit into the canon of the source material and aren’t interested in fics that change the ending or big plot points.

With that in mind, I’ve compiled a list of fanfics that I think are great for your first foray into the world of fan fiction. While most of these are short, there are a few that are novel length, and one that is over 200,000 words long—just trying to give y’all a good sampling of what’s out there! If these don’t pique your interest, try searching for any book, movie, TV show, character, or relationship you enjoy and see what’s available.

It should also be noted, that much like publishing, fan fiction has a history of racism, frequently ignoring or sidelining characters and works by people of color. Do a search on Archive of Our Own for fics based on Red, White & Royal Blue and you’ll find over 700 entries. Search for fics based on any of Alyssa Cole’s books and you will find one single entry for the Loyal League series. This is a big problem! Fan fiction needs more people speaking up about this issue, and it also needs more diverse and inclusive writers. Perhaps that is you!

If You Only Read One Fanfic, Pick One of These

No Reservations: Narnia by Edonohana

“I’m crammed into a burrow so small that my knees are up around my ears and the boom mike keeps slamming into my head, inhaling the potent scent of toffee-apple brandy and trying to drink a talking mouse under the table.”

A fic imagining what happens when Anthony Bourdain and his No Reservations TV crew go to Narnia. [6,000 words, rated Teen]

The Last Poem of Jedha by schweinsty

“When Bodhi wakes up again, there’s a scream in his mouth and a plate of sandwiches on his desk. He swallows the scream and reaches for the plate without getting off the bed.

It almost surprises him, when he sees his arm stretch out for it, not to see the monster’s limbs curled around it.

But of course the memory was just a dream.”

A fix-it fic for Rogue One: A Star Wars Story, wherein no one dies at the end and Bodhi Rook’s backstory as a pilot from Jedha is beautifully fleshed out. [15,000 words, rated Teen]

“She follows Anne’s footprints in the snow, marveling at how small they still are. Anne’s standing in the middle of the sparkling field of snow, pristine save for her footprints, arms spread wide, head tilted back. Diana steps up beside her, tilts her head back and wonders what Anne sees in the stars that she doesn’t.”

A brief story with an older Anne & Diane where their relationship is reimagined as queer. [900 words, rated Teen]

A sequel to I Capture the Castle set during WWII. [18,000 words, rated General Audiences]

Under My Wing by Edoraslass

“Being the account of the nanny for the House of Hurin, 2978 TA to 2996 TA. Herein lieth details of her experiences in the White City, its inhabitants, and most importantly, with the two small Sons of Denethor entrusted to her care.”

A Lord of the Rings prequel, centered on a nanny and Boromir and Faramir. [75,000 words, rated General Audiences]

How Crowley Saved Christmas by such_heights

“‘I was going to have some good old-fashioned Yuletide fun, you know – possessing some pigs, that sort of thing.’ Crowley tapped his fingers on the table. ‘Get me a pint and I’ll think about it.’
There was a vat of beer on the table before Crowley had the chance to blink. Aziraphale looked at him sorrowfully. ‘I just want to stay in with my books. That’s all.’

It’s mixed spice. The spirit of Christmases Past, Present, and Yet To Come are in it. The entire holiday season of my homeland is in it. It’s also called cake spice, or pudding spice, and if you said ‘Christmas spice’ everyone would know what you meant, but no, I don’t actually know what’s in it; every variation on this recipe I’ve found so far simply says ‘mixed spice’ but I can’t find it in any stores. What do you eat at Christmas?

“She’s barely reached the star-watching rock when she senses something, a disruption in the air over the rock, a slight rippling as of heat waves. Behind her, Louise rises out of the stone wall again, vibrating lightly.
The voice comes from everywhere and nowhere. “Meg,” she hears. She doesn’t think she’s hearing with her ears, but the voice is so completely itself that it’s hard to credit the idea that it’s only in her mind. “Megling.””

A fic set after A Wind at the Door, centered on Meg’s grief for Proginoskes. [2,300 words, rated General Audiences]

“Being a series of interludes in the life of John Segundus, newly practical magician, in the year following the disappearances of Messrs. Strange and Norrell. Including: a new school for young magicians, explorations of the King’s Roads, Lady Pole’s alarming needle-work, unanticipated trips to Faerie, and John Childermass.”

Set after the events of Jonathan Strange & Mr. Norrell, this warm fic is from the POV of John Segundus, and includes a romance between Segundus and Childermass, written in a style that fits in well with the original book. [34,000 words, rated Mature]

A Brief History of Liars by jibrailis

“This is Astarael’s house, in the stone and wind, the last outpost in Yrael’s journeys, the centrifugal pull in the heart of his maps. This is where Astarael lives, and where she waits for him, and where she laughs, very occasionally, and in her voice Yrael can hear the colour of moonlight.”

A brief imagining of the history between Yrael and Astarael from Garth Nix’s Old Kingdom series. [2,000 words, rated Teen]

A Fair Return by thingswithwings

“The decision came to him suddenly, his thoughts coalescing into a single impulse, the emotion, the desire, overwhelming his logical objections. Before he could start arguing with himself, he had his big duffel bag on the bed and was filling it with his clothes.”

A Schitt’s Creek fic from Patrick’s POV, fleshing out his queer revelations and how the small town became such a queer utopia. [237,000 words, rated Explicit]

“Hannibal planned to keep Will in the dark about his encephalitis so he could watch that brilliant mind burn itself up and become something new. In a world without daemons, he might have got away with it.”

An AU incorporating elements of Philip Pullman’s His Dark Materials series, beginning partway through the first season of Hannibal. Due to the existence of daemons, the course of the Chesapeake Ripper case is drastically altered — and so too is the relationship between Hannibal and Will. [60,000 words, rated Explicit]

“Nadia wakes up with the word stuck in her head like a piece of a dream lodged in her throat or some other mixed fuckin’ simile, and her hand lashes out, grabbing for where sense memory tells her to look for her phone. Instead she clocks Alan in the face.”

An interpretation of the end of Russian Doll and what comes afterward. [6,000 words, rated Teen]