It’s been over a week since the release of Go Set a Watchman. Over a million copies have been sold already, but if you’re one of the readers who didn’t pre-order and read it immediately on release day, as the dust settles you may be wondering whether you should read it. Here are answers to your burning GSAW questions: 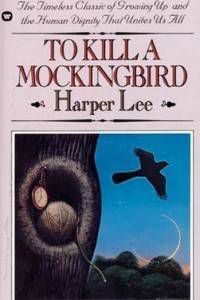 I don’t really remember much about To Kill a Mockingbird, do I need to re-read it first?

No, not at all. Watchman stands on its own and also gives a quick summary of some of the events of Mockingbird. It also has several flashbacks to young Scout so you can get reacquainted with her.

So Atticus is racist now? Is it going to make me sick?

Yes, and possibly. I had a physical reaction to the last half of the book that felt like a stone sitting in my stomach. There are several long discussions about racism in the book, and many of those discussions involve at least one party who’s horrifyingly racist and is just trying to get you to understand that they are a good person doing the right thing.

Does this mean Scout is racist? And Harper Lee??

A little, and possibly.

Yes, happily. Scout is still Scout, although now she goes by Jean Louise. She is 26, unmarried, living in New York, and wearing pants, so never fear, she is still the tomboy you love.

This book wasn’t edited. Is the writing bad?

There are large sections of the book that are as good as many published novels that went through the editing process. However, there are portions that are in real need of trimming. I found most of these flaws in the second half of the book where conversations need to be shortened and ideas refined, but then again I’ve had similar thoughts of many other books that made it through editing. It’s not bad enough to be clearly unworthy of publication, and the offending sections are not the bulk of the book. 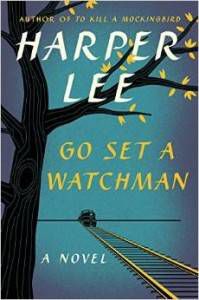 So why wasn’t it published in the first place?

My money is on the themes. Mockingbird has similar ones but tones them down and takes them to a very basic, child-like level. Watchman being published in the ’50s would have been a very strange thing. I also wonder if the disconnect between the South and the North (which is part of what Watchman is about) didn’t factor in as well. It also feels at times like Lee herself is working through something, and maybe hits the nail too strongly on the head.

The little we know also shows that Lee’s editors thought the flashbacks in Watchman were the most vivid parts, thus leading to Mockingbird, and it’s hard to disagree. There are many, and it’s delightful to see more of Scout’s time growing up.

What about the audiobook?

The audiobook is read by Reese Witherspoon and she’s a fantastic reader. Alabamans may quibble with her accent, but based on my time in Alabama, Witherspoon’s (from Tennessee) sounded much closer than Sissy Spacek’s in her reading of Mockingbird (Spacek is from Texas). Witherspoon does voices very well, with just enough character so you know who’s speaking but not so much as to feel forced. She understands the rhythms of Southern speech and you can get lost in her gentle drawl.

On the other hand, listening to the audiobook also means you have to listen aloud to several racist speeches. And hearing those words out loud is a punch to the gut.

But is it a good book?

Too subjective a question. It’s an interesting book. It’s an often beautiful and often troubling book. If you’ve been following the arguments over the Confederate flag, I found it profoundly relevant to the It’s-Southern-Identity vs. It’s-Racist-and-Hurtful arguments that are going around these days.

Will I ever be able to enjoy Mockingbird again if I read it?

Maybe, maybe not. But then again, maybe it’s time for us to move beyond a book about race written by a white person that’s about mostly white characters that never moves beyond the understanding of a child.