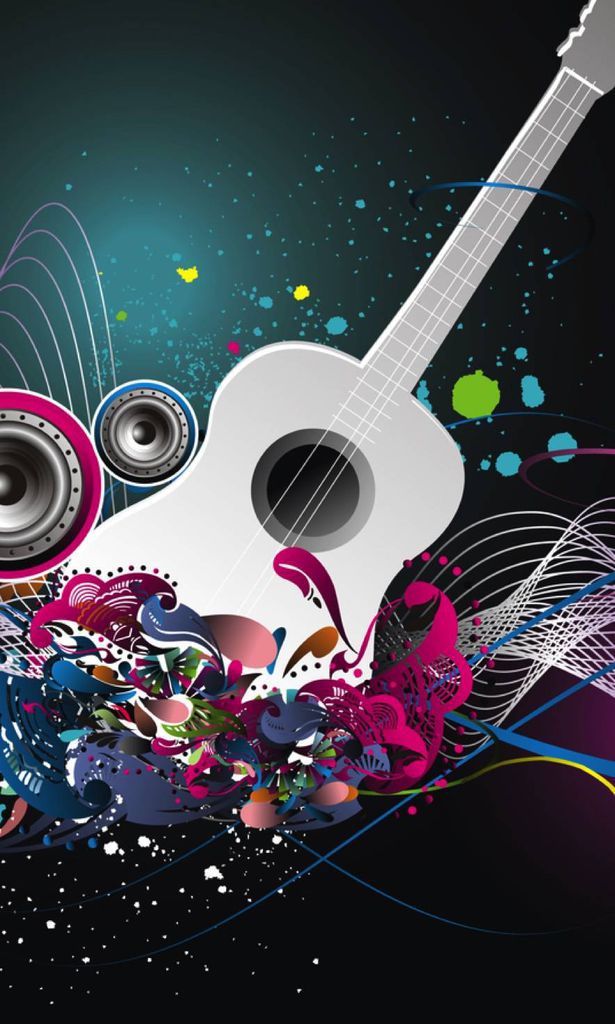 Comics about or featuring music are always compelling to at least have a look at. What do the author and artists do to make it pop from the page in a true musical fashion? In what ways can they convey that music, sometimes a central part of a story, is affecting a character? How does an instance of music even translate onto the written page to someone who is not particularly musically inclined? Do creators develop musical stories more for musical people or laymen?

Duh. It’s all these things.  So here is a (very much less than comprehensive) list of worthwhile music comics to have a look at, which might even help to answer those burning questions about the nature of music in comics.

First, there are the comics about music and musicians that existed in real life.

Anyone who asks had better prepare for my extolling on the greatness of The Fifth Beatle. While it is not technically about a famous musician, the music of the Beatles beat in Brian Epstein’s soul. His vision was one of the molds that sent them into greatness, and The Fifth Beatle helps us to get a tiny look into his soul.

Another person who might have been referred to as “the fifth Beatle” is Stuart Sutcliffe, the first bassist in the band. This was the Beatle who preferred to be an artist and remain in Hamburg with the love of his life when the Beatles were returning to England to hit it big. Baby’s in Black is a darling, heartbreaking love story told in music and painting. It is about the man who might have been Paul McCartney.

weaves together the story of hip-hop from the 1970s to 1983–and there’s a third volume coming out in August. With its larger-than-average format and old-school coloring, the book will take you back into the time in which it takes place, to hang out and rise with the people chronicles inside.

We Just Want to Play: Regular Lives With Music

Then, there are the comics that feature people Living the Life.

The Life is actually no-longer there for former rock star Ray Beam, whose music flows through the interconnected stories of other people not quite living the life. In Tricked, we follow Ray and others through life as they all try to find their way. Some do, in the most curious of ways, and some, in much more grand ones.

In Run by the Gun, a short-lived ongoing comic produced by a real band, the process of keeping a band together–and moving forward–is brought to life with real music attached.

Want something completely different? Try out Dustin Mollick and Philip Kennedy Johnson’s Musicomic, a regular webcomic featuring linked non-sequitors in the life of a band instrumentalist. There is also an ongoing series called BAND! which follows a group of kids–you guessed it–in band.

The Scott Pilgrim series, starting with Scott Pilgrim’s Precious Little Life, follows the 23-year-old band boy around as he deals with girls and being an adult–not to mention all that band shit. This book might possibly belong in the next segment, but the metaphysics of it just don’t ring quite true like the other books in that category do. (Side note, there’s also a new color version coming out, so you might want to do a re-read if you’re into that sort of thing.)

Music As Character: Super- and Metanatural Stories Of Music

There is one type of music comic that really has taken over the subgenre–you might even call it a subgenre of its own, or at least a comics “type”. You know those books; yeah, they’re about music, but they’ve also got elements of the beyond. That could be super- or metanatural elements, or something indescribable. There are all kinds of extra features involved: deals with the Devil; gods and monsters; time travel. You name it, it’s probably there. I’ll give you a rundown.

I’m almost glad that Sing No Evil is produced on paper,

with no sound element. The music that appears from the earliest pages on in this book seems overly intense, and the lead singer Aksel (why yes, he does have long blonde hair) has to deal with some seriously unflattering descriptions of his singing capabilities. Much like in Scott Pilgrim, anything beyond the normal in Sing No Evil (with the exception of a drum-playing bear) doesn’t appear for a great deal of the exposition. But it’s there.

Loki: Ragnarok and Roll and Punk Rock Jesus are very similar, and yet they are not. Both involve a deity (or if we’re being fastidious, the Son of a deity) forming a band in order to prove their rebellion: Loki does it to show that he does not need the support of Odin to be loved and worshipped; J2/Chris to rally against the corporate media. Both involve insane art and a worthwhile supporting cast. Loki has a bit more blood splatter, but–let’s face it–J2 brings forth a bit more of a love-it-or-hate-it black and white reaction.

And then there’s Me and the Devil Blues: The Unreal Life of Robert Johnson. The real itinerant blues singer is known as one of the fathers of modern Blues music, with the standard premature death as marker of his genius. Using the song “Cross Road Blues” as a jumping-off point, writer/artist Akira Hiramoto asks the question: what if he did sell his soul to a demon for his skill on the guitar?

I’d love to experience more of the time-fluid world of Metroland, but for now it looks like there is only one issue.

And then, of course, there is the comic that started

me on this journey: Phonogram. Long before The Wicked+The Divine and various Marvel properties, Kieron Gillen and Jamie McKelvie built a universe in which music is magic. In the first collection, Rue Brittania, David Kohl (you have no idea how many times I tried to write Dave Grohl), a phonomancer, draws his magic from obscure 1990s British pop. The second series, The Singles Club, instead takes several stories and interconnects them. The upcoming Immaterial Girl is set to follow one of the characters from The Singles Club.

I could literally go on. And on. There are so many music-related and music-centered comics, particularly in modern urban-fantasy. But let’s start with this “select few” and move on from there, shall we?

What are your favorite musical comics?