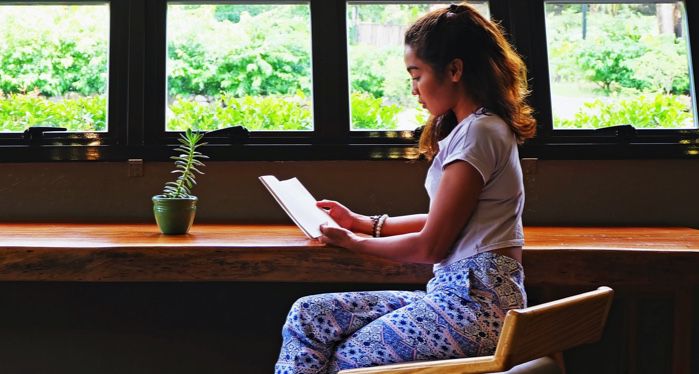 When I was 20 years old, I moved in with my boyfriend. This involved all of the usual growing pains and delights involved in merging households, including the most interesting one for a bookworm: combining libraries. In addition to all the westerns and sci-fi you might expect a 23 year old dude to own in the late ‘90s, he had three books I’d never heard of: The Haunting of Hill House, which looked scary; Life Among the Savages, which did not; and We Have Always Lived in the Castle.

Reader, I read them. (It’s a story for another day, but reading The Haunting of Hill House in a haunted apartment building was perhaps my least smart move of all time.) Then I walked up the street to the used bookstore and bought everything else I could find with Shirley’s name on the spine. At that time, several of her books were out of print, and used was the only way to get them; one book I never found for sale at all, reading about half of a library copy before I had to return it and finishing it 20 years later when Penguin Classics reprinted it. I wanted to read every word she ever wrote, and I wanted to know everything about her. Honestly? I wanted to be her.

A year or so later I found the holy grail: a biography of Shirley Jackson. I had read both of her books of family stories by then (Life Among the Savages and Raising Demons), so many times that I practically had them memorized, but I also knew that the stories ranged from embellished to downright fabricated, and they had mostly been written for women’s magazines. I wanted to know who the real Shirley was, and finally I could do that! (Remember, this was before Wikipedia existed! If we wanted to look something up we had to find an encyclopedia and hope we knew how to spell it.)

I am sorry to say that the biography of Shirley Jackson I read — which, you might notice, I haven’t named — was not great. In fact, I believe the author hated Shirley Jackson, and I cannot understand why she wrote about her. The book painted her as a disgusting, fat alcoholic, and blamed her for her husband Stanley’s infidelity (or at least suggested that she was too whiny about it). For the following almost 20 years, I filled in the gaps as well as I could, grateful every time a new article or essay appeared online.

And then I found out that Ruth Franklin was writing a new biography of Shirley Jackson. I was nervous, but not too nervous. I signed up for her newsletter and read about her search for letters from Shirley to a woman named Anne (seriously, go read it) and I knew the right person was writing this biography. I knew I would finally get to meet Shirley, to read about her life as written by someone who cared about her the way I do.

Reading A Rather Haunted Life is like reading about your best friend — at least, it was for me. It is like learning all the secrets about the way she is around other people, and how very familiar she is to you, but her own, secret person, too. Franklin gives context and depth to the many aspects of Shirley’s life, and does not shy away from her less positive qualities, but neither does she let the world (or Stanley) off the hook.

You should get to read about your best friend favorite author, too.

The 2010s and ‘20s so far have given us a wealth of women’s history told by women. To be sure, women have always written about women — I have, for example, a biography of Mary Shelley by Muriel Spark, from 1987, and one of Dorothy Parker by Marion Mead, from 1988. Valerie Boyd wrote about the life of Zora Neale Hurston in 2003. But I also have a dual biography of Shelley and her mother Mary Wollstonecraft, Romantic Outlaws by Charlotte Gordon, published in 2015. Imani Perry wrote Looking for Lorraine in 2018, about playwright Lorraine Hansberry.