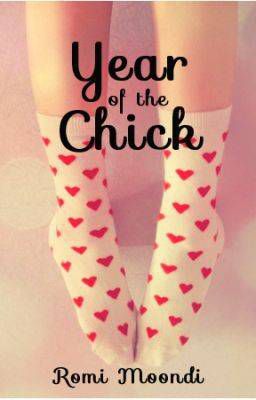 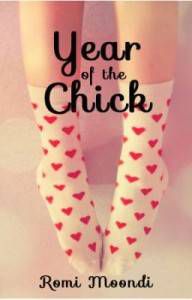 This is an excerpt from Romi Moondi’s novel Year of the Chick. Like it? Read more at Wattpad!

The room was complete with mirrored walls and beige hardwood floors. It was filled with an eclectic group of women who were busy with some pre-class chatter.  From teenage girls with ridiculously tight bodies, to women in their fifties and sixties, it was truly a mix.

There was only one man in the class, and one that could not be ignored by a human with a pulse and a vagina. I could only describe him as an edifice of tanned and glowing muscles.

He was having quite a chat with the twenty-something ponytailed instructor. Suddenly she turned to face the class.

“Hi everyone! Today we’ll be joined by a very special friend of mine. This is Steve Jacobs, a receiver in the CFL. He won’t be playing for a while since he hurt his knee, which means our class could be a perfect form of re-hab! Alright Steve, do you think you can handle all these ladies?”

Though Canadian football wasn’t what you’d call a glamourous league, there was an automatic “Woo!” from all the women.

“Well I don’t know,” he replied. “I’ve been playing football for years but you all seem pretty tough. Can I ask for some help if I get lost?” He offered up a dazzling smile to seal the deal.

“Don’t worry honey, whatever you need, I am right here to show you EVERYTHING.” We all turned to face a forty-something woman with a hunger in her eyes and drool dripping down her chin.

“Yeah, what?” she said, in response to all the stares. “I might be married but I’m not DEAD.”

An uproar of laughter filled the room but I was not amused.

I was even less amused when she took the spot behind him in the class.

Since I was all out of luck in observing Steve’s butt as he performed the groovy dance moves, I found myself a spot in the back left corner of the room. It was right near the exit, in case I felt the need to quit.

The instructor gave the class a beaming smile. “So how many here are first-time attendants?”

In addition to myself, ten other women raised their hands.

I sighed with relief, knowing that we’d all get through this together.

The first half hour of the class was a hot and uncoordinated mess. I didn’t vomit, but whenever my eyes made contact with someone in the class, I mouthed the phrase “Oh my god this instructor is a crazy bitch!” Much to my surprise, it didn’t yield as many friendly smiles as I’d imagined.

We were only allowed one tiny two-minute break, which was generally used to hyperventilate and chug lots of water. After setting down my bottle and wiping the drops of water from my chin, I looked back up to find that Steve was only inches away.

He was chugging something purple in a clear plastic bottle. I would’ve never tried flirting with a guy this hot, if I wasn’t so jacked on endorphins.

I sauntered over with a crooked smile. “So Steve…is that what you drink when you score all those touchdowns?” I hadn’t watched Canadian football before, and I hated the sport with a passion. But Steve didn’t need to know that.

His green eyes sparkled bright as he laughed, and his dirty blond hair was damp, with sweat trickling down his forehead. Meanwhile his nipples waved hello from behind his tight shirt, as he turned his torso right and left for a stretch.

“Romi.” I always hated saying my name out loud. To me it was a graceless name, full of gender-ambiguity and roughness.

“Romi eh? I like that. And to answer your question I DO always drink this, during the game and during every workout.”

“Alright everybody break’s over!” the instructor yelled. “Back to your spots, let’s PUMP IT UP!”

Steve turned to leave, but not before whispering: “Why don’t you give me your e-mail address after the class?” He added a sexy wink and returned to his spot.