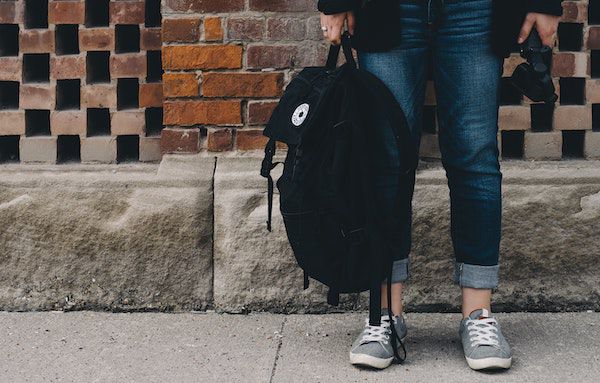 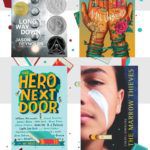 You’re never too old for a great read-aloud book, and as the forthcoming school year continues to bring with it a giant question mark, let this be a reminder to consider finding the perfect stories to help bring us all together, be it in person or virtually. There are so many excellent read aloud books for middle school, but when was the last time you updated your go-to list and added some new titles?

Books like Louis Sacher’s Holes have been staples in the world of middle school read-alouds, but for today’s kids, much as the story is still inspiring and engaging, there are elements of today’s world that simply do not exist in that story. It doesn’t mean the story isn’t worth sharing but rather, there should be new books to supplement classics like that, featuring kids who utilize and engage with today’s technology, access to knowledge, and, of course, need to be more inclusive.

What is it that makes good read-aloud books for middle school? The answer is pretty straightforward: the book can be either action-driven or character-driven; the chapters are moderately short and can be read in a few minutes every day or every few days. Relatability is another biggie: can students relate to the characters or the story in some way? This is where stories that lack modern guideposts like cell phones can feel dated—today’s young people, even if they do not have their own phones, relate to being in that position in a different way than when phones are not present at all.

Read-aloud books should also give young people something to think about or talk about with their teachers and each other. This is why continuing to read aloud in middle school can be so valuable: at a time when tweens and young teens are coming into their own and navigating the challenging waters of middle school, books can be a life raft, an anchor, and an opportunity to see the shore ahead of them.

Graphic novels, while excellent independent reading, aren’t the best read-aloud choices. Recommend them and share them with middle schoolers and encourage them to enjoy them in their own reading lives.

Anyone who works with teens knows many love to read up and can be more reluctant to stories where the protagonist is younger than them. I’ve noted where these books feature a younger protagonist, though as anyone who reads aloud knows, it’s not hard to adjust age mentions to align with what your students might need.

Whether your read aloud will be virtual or you’ll get the chance to share stories in person, here are some excellent recent read aloud books for middle school, offering up a wide range of stories and experiences. These books are no more than five years old and will speak to today’s middle schoolers in so many powerful ways. 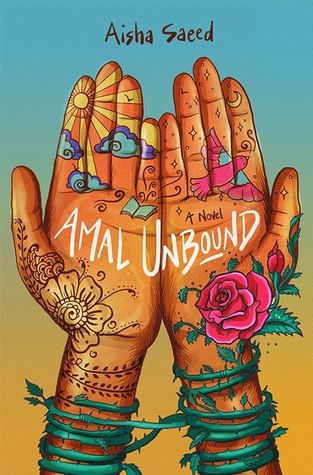 Amal’s life in Pakistan is pretty average, and she looks forward to pursuing her education she she can become a teacher. But her plans are put on hold when she’s forced to look after her family as the oldest daughter—and only made further complicated when, after a run-in with the son of a corrupt landlord in her village, she’s forced to work as that family’s servant to pay off debt.

But just how corrupt is the landlord’s family? What happens when Amal realizes this might not be as temporary as she hopes? A devastating story, but one that ultimately packed with hope. 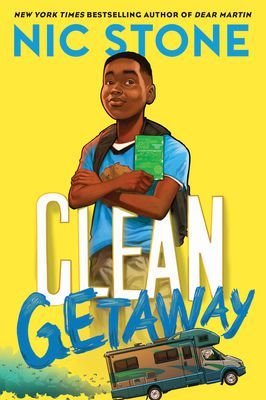 This intergenerational story is an outstanding read-aloud, as it offers up a road trip packed with the realities of American history for Black people.

Scoob is scooped up by his grandma for a road trip, wherein he learns about the history of green books, interracial marriage, and the Jim Crow era from her. It’s part coming-of-age and part understanding one’s present based on the past—including the older people in one’s life.

This one will work best with younger readers, and for older middle schoolers, Stone’s debut Dear Martin would make for a good read aloud pick. 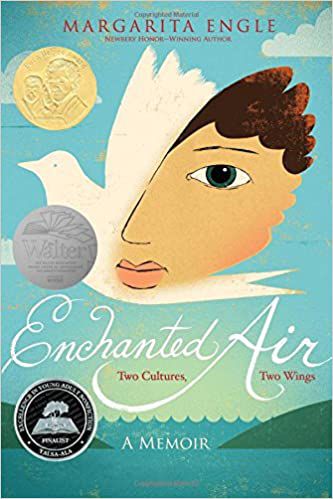 Books in verse make for excellent read-alouds, as do nonfiction books, and Engle’s memoir marries the two in one book. While Margarita feels pulled toward Cuba and the stories of her mother’s childhood there, growing up in Los Angeles is a whole different world for her. As the Revolution in Cuba ramps up, Margarita worries deeply about her family and her roots and learns what it means to grow up in the margins of two cultures—two cultures that struggle to find common ground. 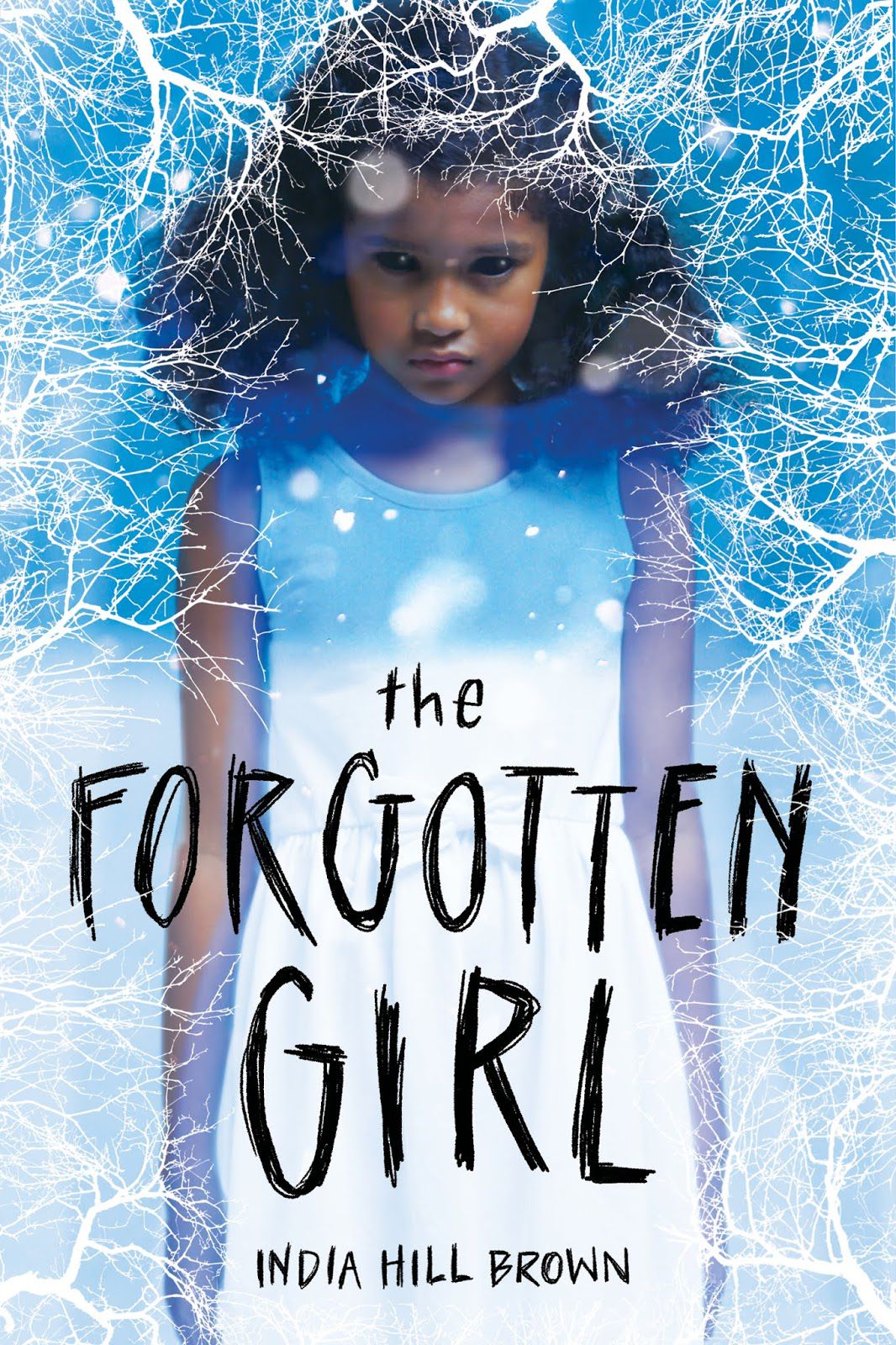 The Forgotten Girl by India Hill

This delightfully chilling book is perfect for spooky read-aloud (without being too scary!). When Iris and her best friend head out into the woods by their home on a cold winter day, Iris discovers a crumbled gravestone in the space where she’s created a snow angel. The headstone reads Avery, a ghost who follows Iris through her days, encouraging Iris to get to know her story and as she does, Iris discovers the history of segregated and abandoned cemeteries of Black people in her community and throughout the USA.

Iris is 11, so this will resonate especially well with younger middle schoolers. 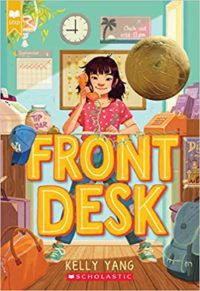 Mia’s family immigrated from China, and finding a job has been tough for her parents. But when the opportunity arises that allows them to live at a motel in exchange for their work (and a small salary on top of that), they take it. Mia is, of course, also recruited for covering shifts at the desk.

What follows is a story of Mia learning to fit into her new school, navigating new friendships and explanations for what her life is like, dealing with racism, and finding herself in the position to change the fate of many of the weeklies in the motel. Yang dives deep into what life is like for newly arrived immigrants, as well as frankly explores racism and social class at numerous levels. 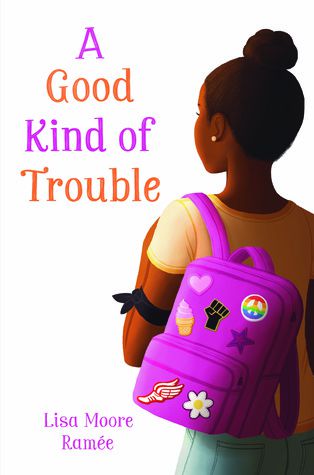 Shayla is just starting middle school and along with her best friends, hopes she’ll have a smooth and painless year. She likes to ride the middle, being a good kid and staying away from any trouble. But she soon finds her friends pulling away from her, and, little by little, she begins to wonder what it was she’s done to see the friendships fracturing and changing.

A powerful middle grade novel that manages to hit all of the big markers of what middle school is like. There’s changing friendships, and in Shayla’s case, race plays a role in what her friendships changing looks and feels like. 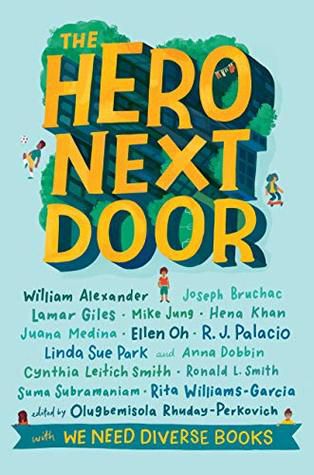 The Hero Next Door edited by Olugbemisola Rhuday-Perkovich

Short story collections are perfect read-aloud material, and this one from We Need Diverse Books showcases an array of tweens and young teens being heroes in some capacity. 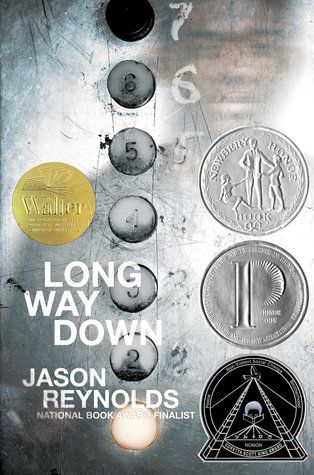 This heart-pounding book will be hard to put down between read-aloud sessions, but the high tension will keep readers excited for the next time they get to hear the story.

Set over the course of 60 seconds, Reynolds’s novel in verse follows 15-year-old Will as he puts a gun in his pocket and rides the elevator in his apartment building down. He plans to get revenge on the person who killed his brother. But the people he meets at each floor on the way down might be enough reason for him to change his mind. 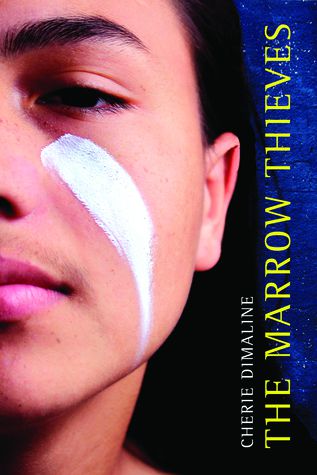 For a more futuristic read, Dimaline’s story is a great pick. It follows as people have lost the ability to dream—except, that is, the Indigenous people of North America. Their marrow might be the secret to bringing back the ability to dream for everyone, but it comes at the cost of their lives. 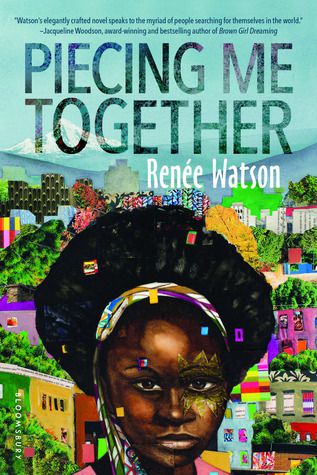 Just about any of Renée Watson’s books would make for great read-alouds, but this one perhaps stands out a bit more because it will resonate so deeply for many middle schoolers who don’t get to see themselves in the stories they see.

Jade is on a scholarship to attend a primarily white high school in Portland, as she believes that to succeed, she needs to get out of her community. But as much as she works to succeed on her own, the support she gets from adults because of her being “at risk” holds her back, rather than pushes her forward. Friendship, race, and class at central in this immersive story of a young artist. 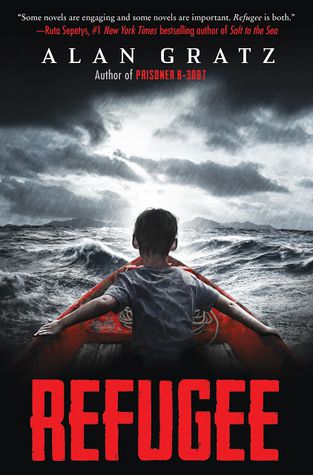 A work of historical fiction, the story follows three young people all hoping to escape their life-altering realities. Josef is Jewish in 1930s Nazi Germany, Isabel is a Cuban girl in 1994, and Mahmoud is a Syrian boy in 2015. These are their experiences seeking freedom and all they have to endure along the way. 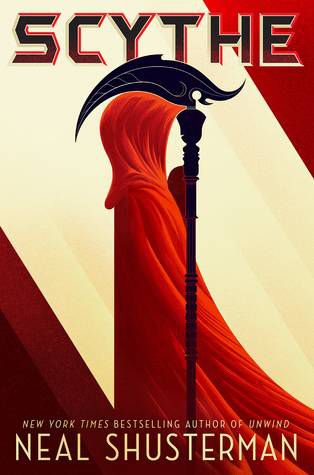 It can be tricky to read a series book aloud, but one of the benefits of doing so is that it can encourage those who love to story to race for the following titles.

Shusterman’s cinematic writing will enrapture young readers, as will the premise: human kind has conquered everything from war to disease to death. Scythes are now the only ones able to end life, and they’re commanded to do this for population control. Now Citra and Rowan are tasked with apprenticing as scythes, but neither wants the role. They don’t want to be in charge of death, but by avoiding the job, their own lives are on the line. 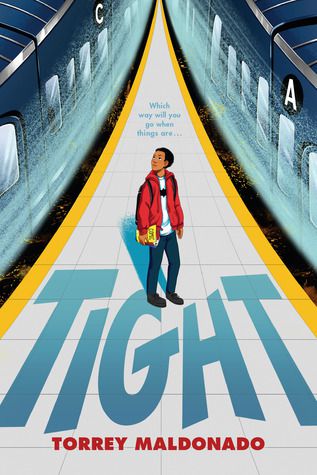 Maldonado writes stories of urban kids that speak to young people of all stripes, urban, suburban, or rural. In Tight, Bryan feels immense pressure to act recklessly thanks to one of his friends…and thanks to his father, who thinks it’s better to feared than it is to be liked.

It’s in this space Bryan realizes that his love and passion for comic heroes might be the answer to his troubles.

A story about toxic friendship between boys and toxic masculinity more broadly. 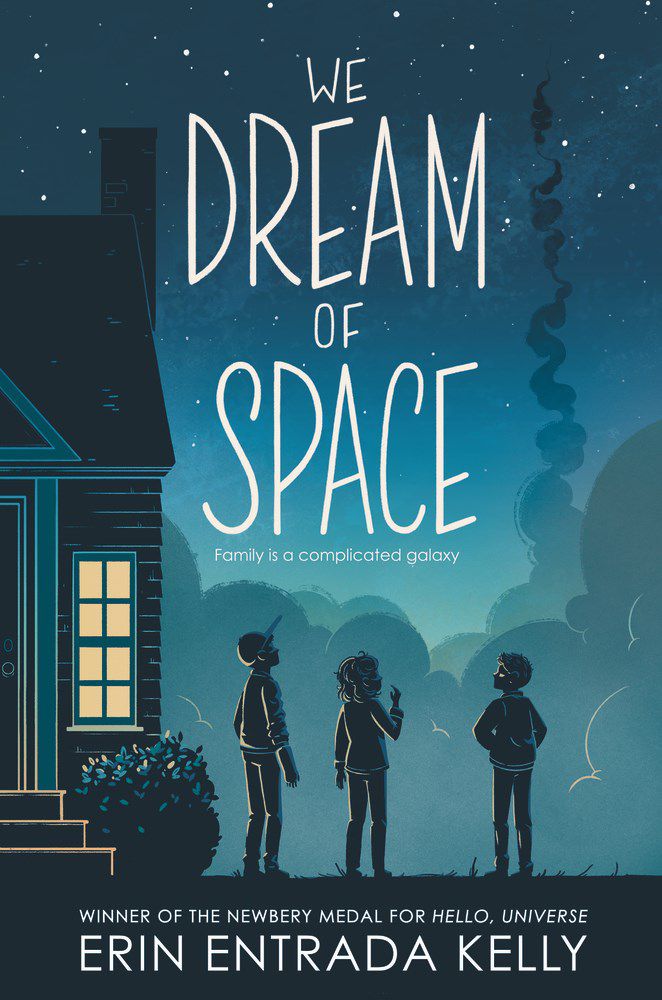 Erin Entrada Kelly writes the complex interior lives of middle schoolers in such a memorable, honest, and moving way, and for read-alouds, you can’t get much better than a book told in multiple voices like We Dream of Space—it brings the breaks in reading naturally.

Bird and Fitch are twins. Their older brother Cash has been having a hard time in school, and despite being older than them, he’s in 7th grade with them. Mom and dad have a rocky relationship, which comes out again and again in unsettling ways. It impacts each of the kids, and the only way that the siblings are hanging on is through their shared science teacher. The story is tied tightly to the launch of the Challenger in 1986, following as each of these teens comes into their own understanding of themselves, of their siblings, and of what it means to be and have a family.

Of course, you’ll also do well seeking out recent work by authors like Jacqueline Woodson (Harbor Me, for example), Anne Ursu (The Lost Girl), and more. This is but the tip of the iceberg and meant to help get you thinking beyond Holes and other long-time read-aloud staples. Those books are great, but there are so many others to include, too.

So you want more? Here’s how you can rock reading aloud, as well as offer excellent book recommendations to middle schoolers based on the most popular middle grade books and great YA books for middle grade readers.