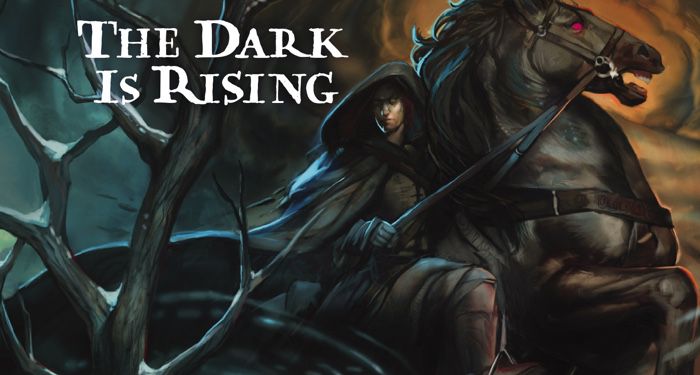 Cosy winter reads are fun, but when the nights start drawing in and the air gets frosty, I often find myself reaching for a more unsettling Yuletide read. Nearly every year, in the lead-up to Christmas, I settle in for a re-read of one of my favourite novels (and part of a life-changing series): Susan Cooper’s The Dark is Rising.

First published in 1973, The Dark is Rising is the second book in a series which bears the same name, written by children’s fantasy giant Susan Cooper. Although it’s the sequel to Over Sea, Under Stone (which follows three siblings as they search for the Holy Grail in Cornwall), The Dark is Rising can be read as a standalone, as it deals with (mostly) different characters fighting their own part of the ongoing war between figures from Arthurian legend, and an army of evil forces collectively known as The Dark. The Dark is Rising first pulled me in because it’s set in my home county, Buckinghamshire in the UK, and draws on a huge amount of local legend – and also because there’s something intriguing and slightly uncomfortable about the book. (Just look at that cover – it’s not exactly friendly, and yet it pulls you in). The story follows Will, who turns 11 and finds out from his family friend Merriman Lyon that he’s not a mortal boy, but one of the Old Ones, guardians of the Light who use magic to stand against the Dark. Under the guidance of Merriman (who, as you might have guessed, is in fact Merlin), Will has to collect six Signs, powerful objects that will help the Light in the battle against evil.

So far, so standard for a children’s fantasy series – so why does The Dark is Rising appeal to me so much that I reread it every Christmas? I first read it at the magic age of 11, the same age as Will himself, and that, combined with my love of everything Arthurian, lit a fire in me that has carried on burning long after I closed the final book in the series, Silver on the Tree. The books had as much of an impact on me as late ’90s/early ’00s classics, the His Dark Materials books, and I’ve consciously and unconsciously borrowed a lot of the themes in my own writing – contemporary children standing against a vast network of terrifying enemies whose influence on the world spans centuries and relies on deadly feats of magic.

As well as the content, there’s the chilling atmosphere that Cooper crafted so well in her story. Like I said, the book is set in the place I grew up, and takes place in the build-up to Christmas. The book’s villain, the Rider, chases Will along country lanes like the ones I used to explore as a kid, and so, when Christmas comes closer and the night draws in at about 4:00 p.m. I always think to myself, ‘the dark is rising’. Getting home and snuggling into bed with a cup of tea and my battered copy of the book brings back the thrill I had when reading it for the first time.

And clearly, I’m not the only one inspired to go back to Cooper’s story. Tracy Deonn, author of the brilliant 2020 debut novel Legendborn, has talked about the impact of The Dark is Rising Sequence on her own work, as an author who weaves Arthuriana into a modern-day setting. In 2017, fans set up a Twitter read-along under the hashtag #TheDarkIsReading, which particularly encouraged parents to share the book with a new generation of children’s fantasy readers. Maybe 2020 would be a good year to revive the hashtag – this year, we can all relate even more closely to fighting battles against insidious forces determined to drag the world into darkness, and celebrate the ways we’ve managed to cast a little light.