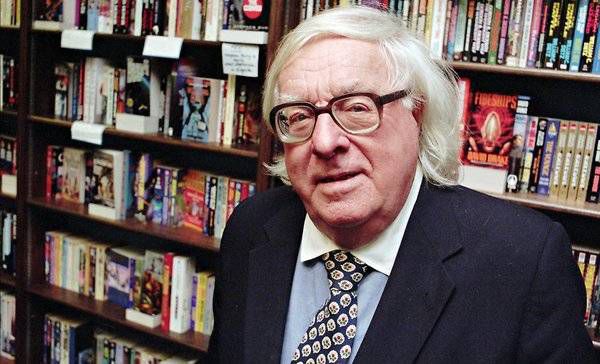 Like a lot of people, I was introduced to Ray Bradbury through the assigned reading of Fahrenheit 451 in high school. This is an important work, and a good gateway to Bradbury. And that is the key: to go through the gate. Bradbury wrote almost a dozen novels, a huge catalog of short stories, and plays. He is synonymous with science fiction, but he also gave us fantasy, horror, and hope. 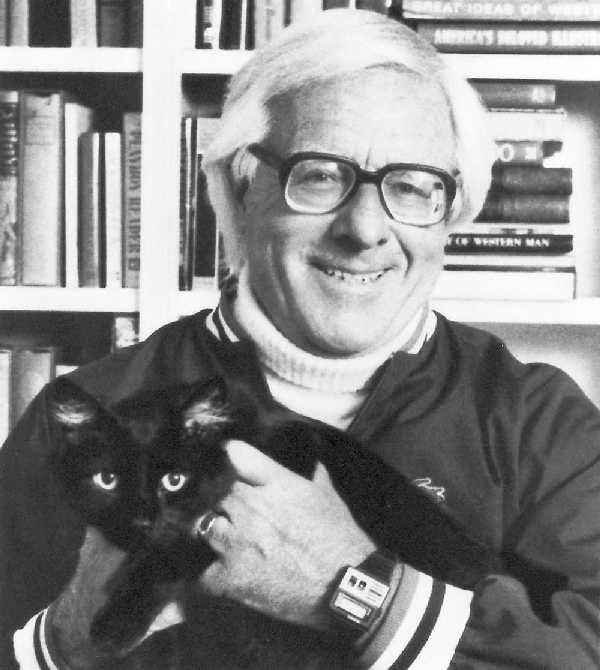 Some of Bradbury’s predictions and cautionary tales have come to fruition, which doesn’t always speak well of us collectively (particularly regarding consumerism, entertainment, and technology). As for the man himself…he genuinely loved people, and wanted to teach his readers, educate them, and show them that love is what makes the world go ’round. He just pulled out the skeletons and nightmares from everyone’s closets to do it.

We’ve getting an awesome Fahrenheit 451 adaptation this year, and so we are celebrating Ray Bradbury’s beautiful mind with inspirational quotes pulled from his works and his own words, organized by theme.

“Don’t ask for guarantees. And don’t look to be saved in any one thing, person, machine, or library. Do your own bit of saving, and if you drown, at least die knowing you were heading for shore.” —Fahrenheit 451

“Why live? Life was its own answer. Life was the propagation of more life and the living of as good a life as possible.” —The Martian Chronicles

“Believe in one thing too much and you have no room for new ideas.” —The October Country

“A good night sleep, or a ten minute bawl, or a pint of chocolate ice cream, or all three together, is good medicine.” —Dandelion Wine

“My dear, you never will understand time, will you? You’re always trying to be the things you were, instead of the person you are tonight. Why do you save those ticket stubs and theater programs? They’ll only hurt you later. Throw them away, my dear.” —Dandelion Wine

“It’s lack that gives us inspiration. It’s not fullness.”

“What we often forget is that thought is to be used to correct life. It’s not a way of life! If you make thought the center of your life, you’re not going to live it. So, what you have to do is be this kind of hysterical, emotional, vibrant creature who lives at the top of his lungs for a lifetime and then corrects around the edges so that he doesn’t go insane or drive his friends mad. Thought is the skin around the organ. The organ is full of blood and a beating heart, a soul and the exaltation of being alive!”

“If you’re a passionate person afraid, then you can start to instruct the world.”

“People die every day, psychologically speaking. Some part of them gets tired. And that small part tries to kill off the entire person.” —The October Country

“How talented was death. How many expressions and manipulations of hand, face, body, no two alike.” —The October Country

“She knew a thing she should have known all along: that dead people are like wax memory—you take them in your mind, you shape and squeeze them, push a bump here, stretch one out there, pull the body tall, shape and reshape, handle, sculpt and finish a man-memory until he’s all out of kilter.” —I Sing the Body Electric

“Is Death important? No. Everything that happens before death is what counts.” —Something Wicked This Way Comes

“The magic is only in what books say, how they stitched the patches of the universe together into one garment for us.” —Fahrenheit 451

“My stories run up and bite me in the leg—I respond by writing them down—everything that goes on during the bite. When I finish, the idea lets go and runs off.”

“The reason I shift gears constantly, why I’m doing an opera, why I’ve done essays, why I’ve written poetry for years that nobody wanted, why I do short stories and novels and screenplays…is so I will have new ways of failing. This means becoming a student again. I believe in creative failing—to continue to write poems that fail and fail and fail until a day comes when you’ve got a thousand poems behind you and you’re relaxed and you finally write a good poem.”

“I absolutely demand of you and everyone I know that they be widely read in every damn field there is: in every religion and every art form and don’t tell me you haven’t got time! There’s plenty of time.”

“…the secret of my books is love. All of my books are about love. If I can teach students that love is the center of the universe and that when they’re reading my books, they’re learning about all my love, on many different levels.”

Ray Bradbury Quotes On the Future

“When you look around at some of the new developments, the architecture of so many of our cities is so dreadful, and they sort of plan people out of existence. There’s no place to sit down, there’s no place to eat outdoors, all the things that make living so beautiful.”

“It’s been a good century. There’ve been a lot of wars, but every other century’s had a lot of wars too. We’re still on top of it, and soon after the new century—a year and a half from now—we’re going to go back to the moon. And then we’re going to head for Mars some time. And you’ll probably live to see it.”

“We try to build ourselves a society here set up with laws made up to try and control ourselves, because we know we have a will toward violence…But in truth, where does the violence go? Our arts must help us to free the violence that is in our soul. If our movies and our televisions don’t have a certain amount of this we will become a society bound completely by laws, so the anarchy that rages within us on occasion will burst out and be ten times worse. Somehow we’ve got to find the right proportion if we want to build a society that allows itself to vent its rages.”

“It’s the greatest and only field worth growing up in. It’s the total field. As a result of reading science fiction, I grew up with an interest in music, architecture, city planning, transportation, politics, ethics, aesthetics on any level, art…it’s just total! It’s a complete commitment to the whole human race on all the Earth. That’s what science fiction is about.”

“Call it what you want, but anything that even guesses ten minutes ahead or supposes new ways of birthing ourselves still fits.”

Need more Ray Bradbury quotes in your life? Check out these Fahrenheit 451 quotes!