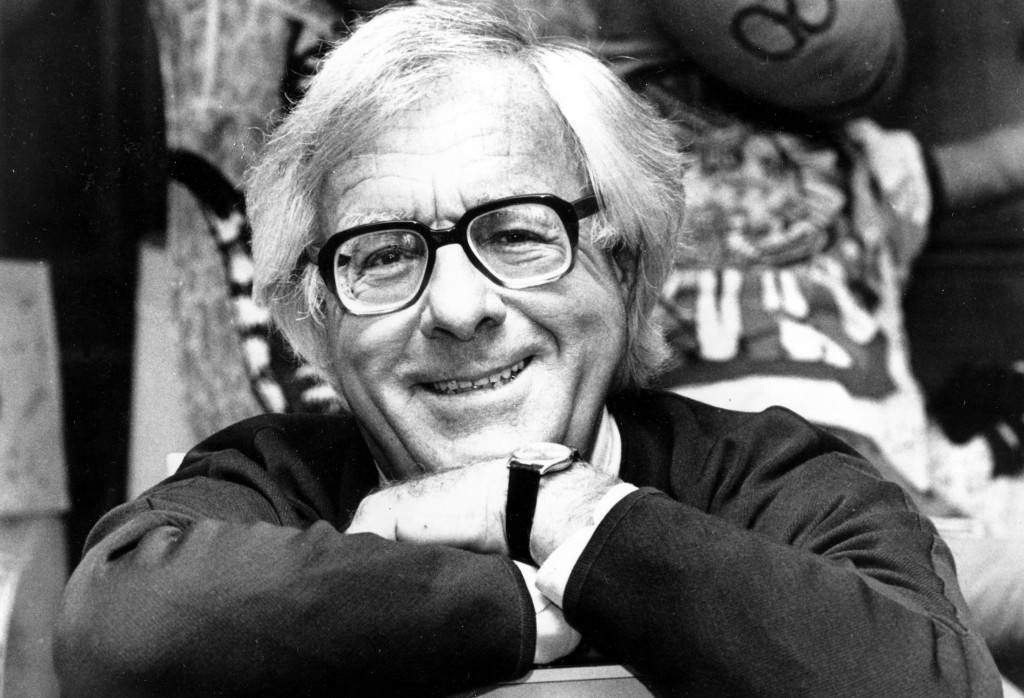 Where to start with Ray Bradbury books? A writer, pop culture aficionado, patron saint of nerdom, and lover of cats… 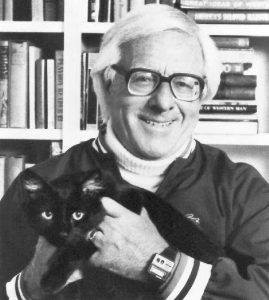 How can you not love an author that takes his book jacket photo with his cat?

Bradbury is household name for his innovative genre-bending stories that have wormed their way into all of pop culture. His work has inspired numerous adaptations, including the upcoming Fahrenheit 451 with Michael B. Jordan that you may have seen mentioned on here. But Bradbury is much more than a book you may have been assigned in High School. He’s hundreds of short stories and almost a dozen novels. While you may be looking at his oeuvre with a bit of intimidation, don’t worry, we have you covered. While we’ve done this before, here’s another way to start your Bradbury journey, with some of the best Ray Bradbury books.

Start With: THe Halloween Tree 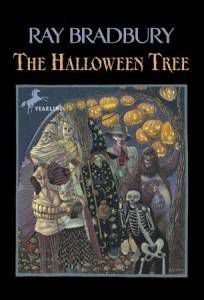 My husband once described The Halloween Tree as Bradbury’s Goonies book. That description is weirdly accurate. It’s about a troupe of trick-or-treaters that end up somewhat time traveling through the history of Halloween in order to save their friend. Despite the impending death of a child, Halloween Tree has a lot of joy to it. The book becomes a celebration of youth and the necessity of social traditions. In particular, the novel is a great little discussion on myth-making and the celebrations that can arise from them. It’s a good starting point.

There’s a reason why this book has staying power, because it’s themes are ripe for discussion and thought. Yes, Bradbury did come to hate the assumption that the book was about censorship. But notwithstanding his intent, it works very well as an allegorical approach.

Fahrenheit is also a book that really shows off Bradbury’s succinct world-building chops. He throws you in and immerses you in a science fiction based future little different from our own. That is all stage dress for Montag to act out his story of self-actualization and rebellion.

Only a book this good could have had an entire episode devoted to it on The Famous Jet Jackson.

Then Read: The Martian Chronicles

Bradbury’s talent for short stories and succinct narratives really thrives in his first published “book.” His stories about people heading to Mars or the colonization of Mars are thought provoking and at times anger producing. Each becomes a terrifying reflection of our own ills and desires. There are some really masterful ones, such as “Night Meeting,” which is a really great example of his emotionally-centered speculative fiction.

A quick word of warning that because it has themes of colonization, it’s important to remember that Bradbury’s characterization of other people’s struggles wasn’t perfect. But with that in mind, The Martian Chronicles is one of those Ray Bradbury books that will haunt you as you try and muddle over its implications. It’s a good primer because as his early work, a lot of the ideas he explores get expanded in other books.

Then Watch: The Ray Bradbury Theatre

Bradbury was a big pop-culture aficionado and enjoyed Television and the magic of Movies and Hollywood like anyone else. He also worked at adapting a lot of his own works to film and TV while also writing screenplays. Some of his adaptations are excellent and were well received! Like the Saturn award–winning Something Wicked This Way Comes or Emmy-winning animated adaptation of the Halloween Tree. Some were, less extraordinary, like the The Martian Chronicles starring Rock Hudson (1). It really shouldn’t be any surprise that Bradbury then was involved on an entire anthology series based on a lot of his works. The show itself definitely has a bit of a later years Night Gallery ambiance to it. Though The Ray Bradbury Theatre went off the air in the early ’90s, some enterprising people have managed to upload all the episodes to YouTube! Make sure to check them out before they disappear!

Then Read: The Illustrated Man

At this point you can jump into any of Ray Bradbury short story collections. We’ll Always Have Paris, I Sing The Body Electric (2) or The Cat’s Pajamas just happened to be at my local library. I just like The Illustrated Man for its frame story, which centers on our narrator coming across a heavily tattooed man whose tattoos move at night to predict the past and the future. Each of these illustrations is framed as a different tale, often based on loss or destruction. It also includes some of the best Ray Bradbury short stories to date (in my opinion, like “No Particular Night or Morning,” which has some amazing dialog work). In each of Bradbury’s collections there is a really nice variety, and hey! You can then compare some of these to the ones you watched in The Ray Bradbury Theatre. 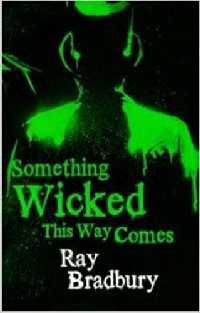 If you haven’t noticed, I’ve been trying to stagger Bradbury’s work by difficulty. Something Wicked This Way Comes is highly polished, and while at first it seems like a really clear cut story, it has a level of complexity that speaks to its placement on this list. Bradbury layers themes of youth and aging with basic necessary questions about morality, which can contribute to a really highbrow read. The beauty of Something Wicked, is that you can completely ignore the more complex connotations and enjoy the story. That makes this one of the best Ray Bradbury books.

There is only one appropriate way to send you on your way, and that’s with the man’s own words:

“Let there be three dimensions; let nothing go wrong with the hidden mirrors and screens that mold the illusion. Let time pass without crisis.” —Ray Bradbury, “The Rocket,” The Illustrated Man.

(1) Really should have recorded my reaction when I realized that yes, yes that is in fact an older Rock Hudson on my screen.
(2) The Title Story is also Ray Bradbury’s first Twilight Zone episode!