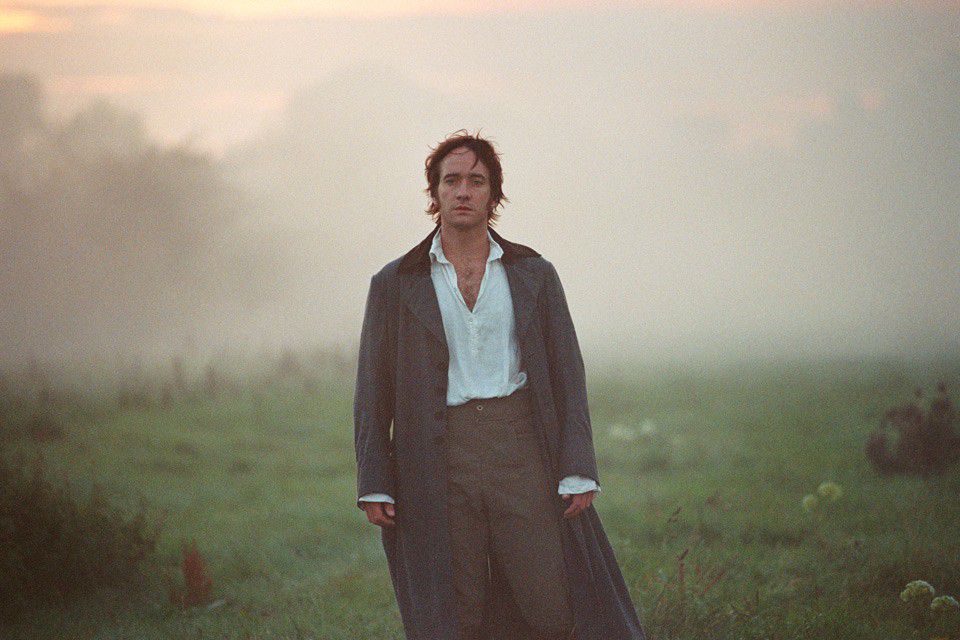 My delightful, clever, and obviously hilarious colleague, Annika Barranti Klein, recently wrote an article for this very publication titled What Makes A Good Mr. Darcy?, in which she asserted correctly that Mr. Darcy is not a snob or a jerk, as he is frequently accused of being, but the simultaneous victim and perpetrator of miscommunication and misunderstanding. While I, of course, agree wholeheartedly with her stated facts, I cannot help but notice that Ms. Klein very delicately declined to name names in her discussion of the various Misters Darcy available for perusal. Personally, I lean more on the Lady Whistledown side of the scale. Therefore, I have compiled a list of Pride & Prejudice adaptations here and ranked their heroes using three indisputable factors required of a Mr. Darcy (or similar): earnestness, handsomeness, AKA “fine eyes,” and smolder.

Please understand, dear reader, that these rankings are scientific and, as it says in the title, not at all biased. I should also say that this list isn’t as diverse as I would like, but that will hopefully change in the future. 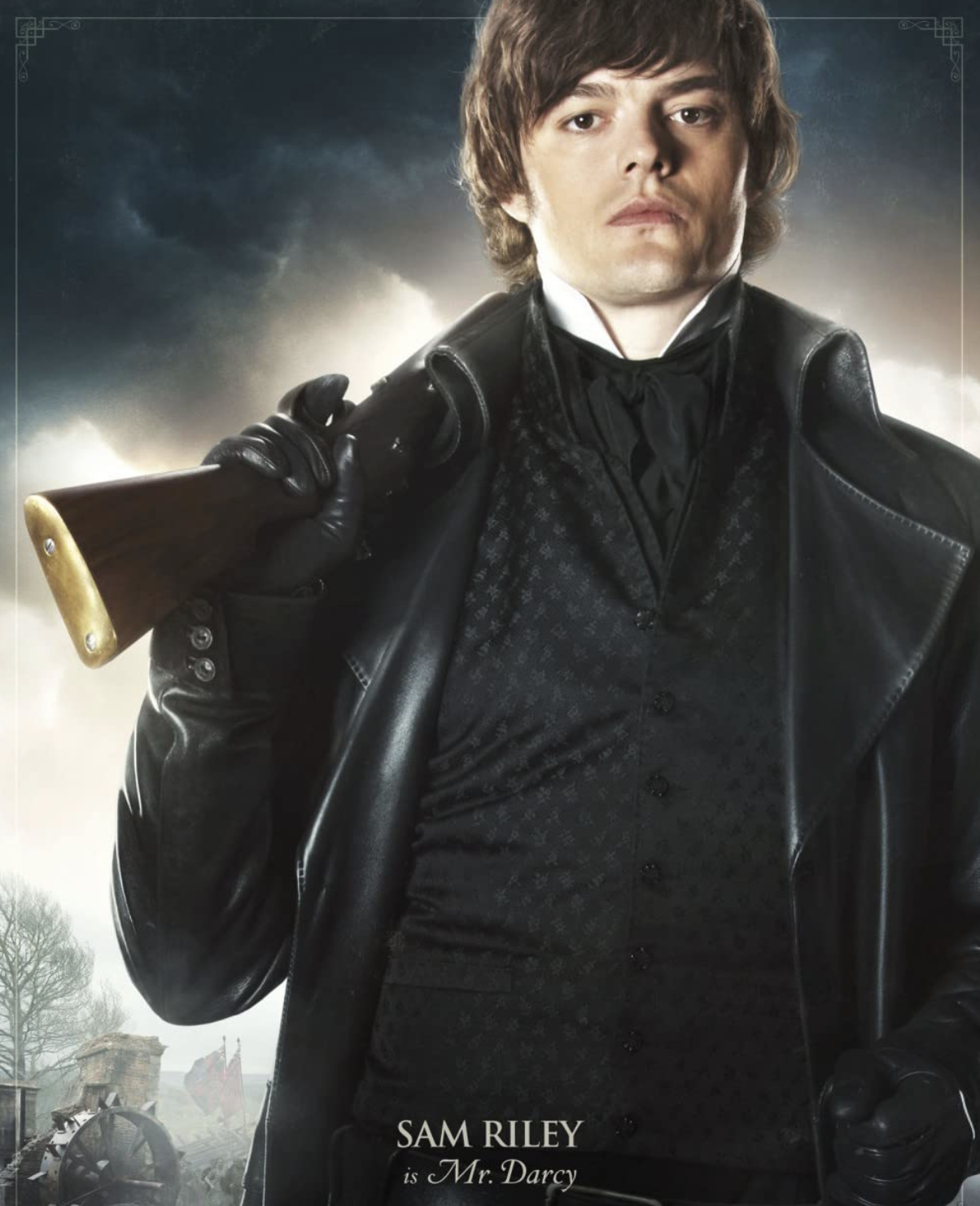 Pride & Prejudice & Zombies is based on the novel of the same name, in which the dead have been rising as zombies since the Black Plague. Sam Riley’s Mr. Darcy is an efficient fighter but less effective as a lover. There is something about his baby face and hair that is giving a very “early Beatles” vibe, which precludes a good smolder. Because of the source material, he also isn’t given range to be very earnest; it’s difficult when the dead keep rising, but we are scientists, not opinion columnists. 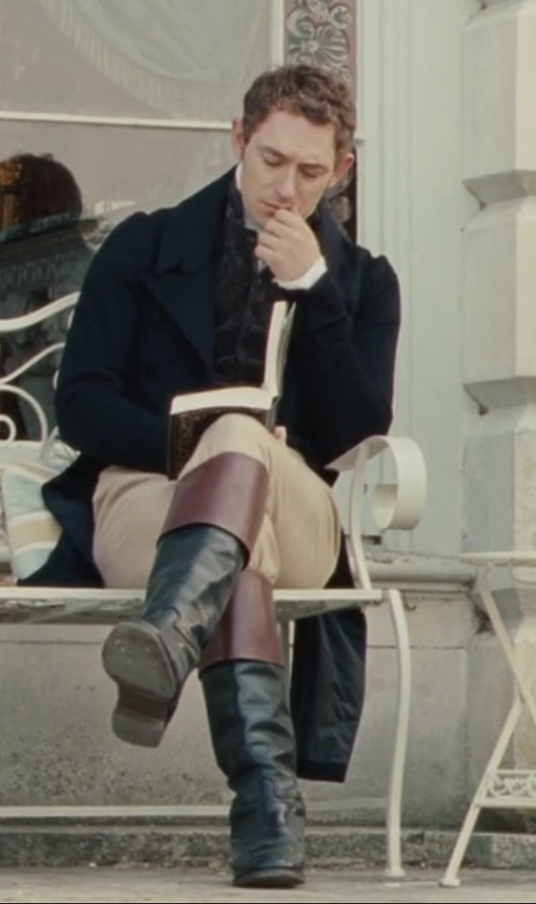 J.J. Feild as Mr. Henry Nobley (our Mr. Darcy stand-in) is given some excellent lines in this story about a woman (Keri Russell) who spends her savings trying to meet the love of her life at an Austen theme park. His earnestness shines through in spades, plus he gets an extra point for the scene with the pug. His smolder-to-earnestness ratio sits clearly on the earnestness side, and that is very charming indeed. Fans of The Americans, please skip this one. While in that show he has smolder, fine eyes, and earnestness to spare, but as Mr. Darcy, he doesn’t quite fit the bill. This could be because the novel, also titled Death Comes to Pemberley, didn’t portray our hero as the heroic but misunderstood man we would expect to revisit six years into his marriage to Lizzie Darcy née Bennet. While Mr. Rhys’s acting is fine, there is not much to encourage the reader/viewer to fall in love (or in this case, stay) with him like Lizzie does, which is the entire point of Mr. Darcy. 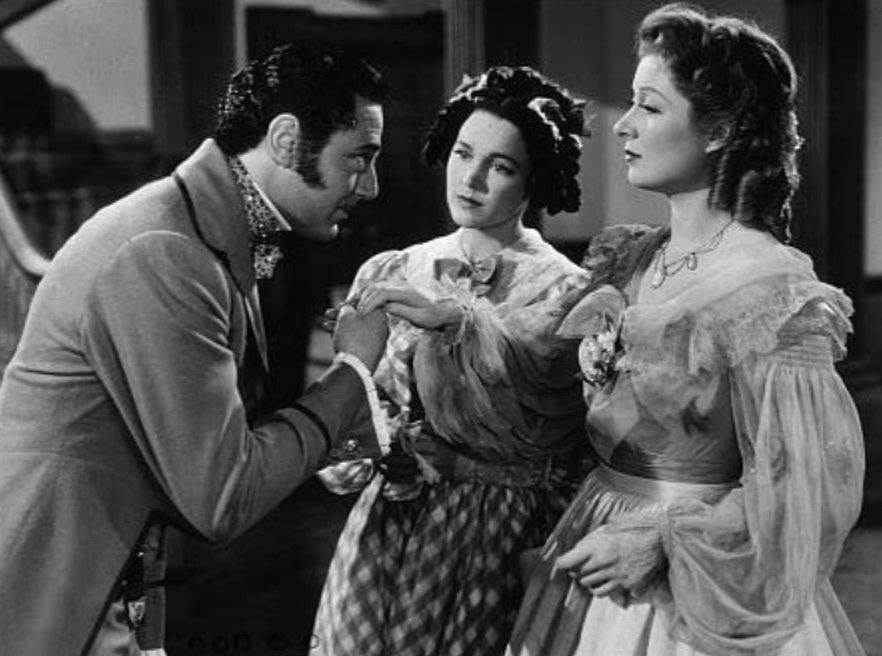 Laurence Olivier was one of the preeminent actors of his day, and considered the epitome of handsomeness for many years. In the 1940 P&P, his trademark smolder is on full display, and he has indisputably fine eyes. However, his earnestness is lacking; it comes across as a bit forced. This is likely due to differences in acting styles in the last 80 years (ahem), but since we are ranking according to today’s standards, this hurts his score. It is also important to note that the 1940 movie had a screen play that was written by Aldous Huxley of Brave New World fame, a costume design that was a delightful mishmash of “anything from the 1800s,” and only very lightly relies on Austen’s novel for source material. Mr. Rintoul has very kind, crinkly eyes indeed, and his earnestness is clearly apparent. His smolder is absolutely adequate to the task at hand, and while the entire adaptation suffers from being filmed in 1980 with all of the polyester you can imagine — and then some — Mr. Rintoul does an extremely reasonable job of portraying his subject. Elliot Cowan as Mr. Darcy has some serious Heath Ledger vibes going on here, and that bumps his smolder score up by several points, according to Western science. He also manages to be earnest and charmingly confused about the core plot point: Amanda Price is hiding that she is from the future, where Lizzie Bennet has exchanged places with her. Ultimately, his deep looks of concern and desire to be understood are a very satisfactory combination. Despite suffering from a truly terrible 2004 haircut, Martin Henderson’s Mr. Willian Darcy is a charmingly earnest fellow. B&P is a Bollywood-style musical set in India and starring Henderson opposite the excruciatingly lovely and wildly famous Aishwarya Rai Bachchan. He manages to hold his own (except during the musical numbers), while Austen’s original material gets an update by addressing colonialism alongside matters of love and communication. The 2005 version of P&P is a more deeply Romantic version of Austen than the others set in the Regency period. Macfadyen has a glowering smolder with a spark of genuine amusement at what goes on around him; his portrayal is as someone who is self-aware in a way that some of our other Mister Darcys are not. This bumps up his earnestness score. Plus, it’s difficult to top the scene of him in the rain, trying desperately to understand Lizzie. There’s also a heart-stopping moment when he closes the carriage door for Lizzie to return home after her stay at Netherfield; as he walks away, the camera closes in on him flexing his hand in a way that tells us our Mr. Darcy is in deep trouble indeed. 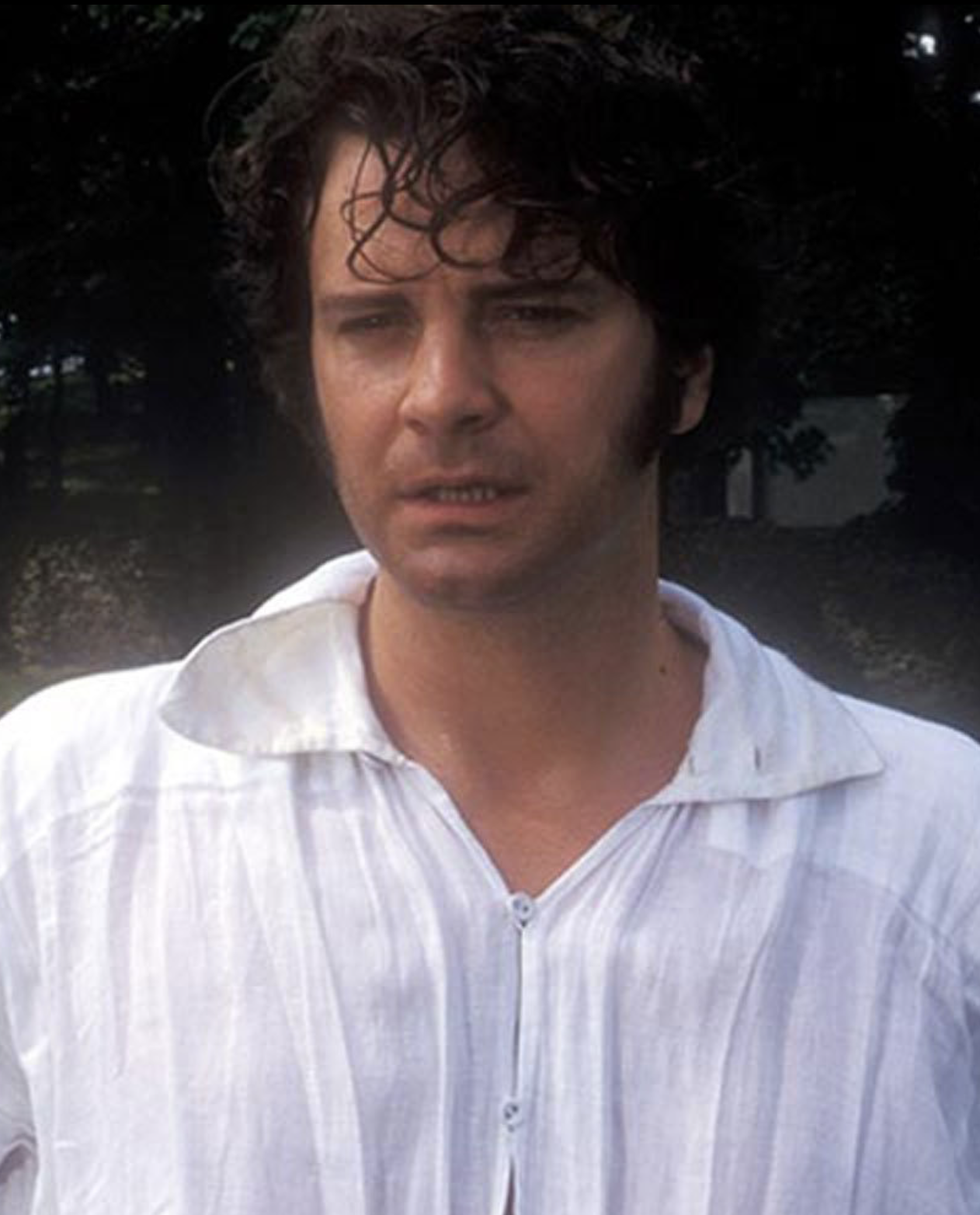 If you are an Austen fan of a certain age, you likely grew up with either Colin Firth or Matthew Macfadyen as your Mr. Darcy. Firth’s Darcy is, along with Mr. Rintoul, one of the most faithful to the source material — with the exception of his infamous dip in a Pemberley pond. His smolder is not as piercing as some others, but his attempts at making himself understood are remarkable. He and Lizzie play off of one another in a way that makes one look twice, and he has a quiet handsomeness that grows on the viewer. 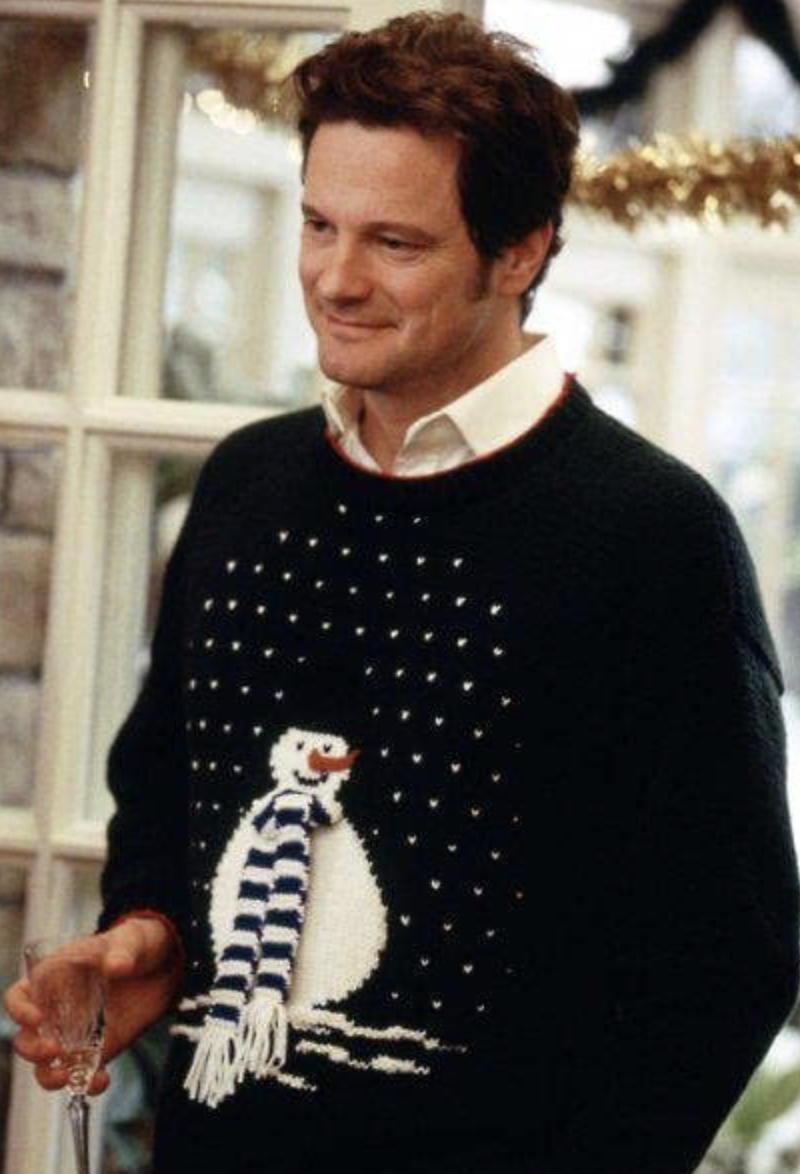 It is ironic that Colin Firth playing a Mister Darcy pastiche wins over Colin Firth playing Mister Darcy for real. My chat group and I discussed this and combed the rankings carefully, but there is no mistake. Perhaps it is that, in 2001, Mark Darcy is not constrained by 18th century manners and can therefore be more honest and open. There is no doubt in anyone’s mind that Mr. Firth is aging like a fine wine, and the extra five years between films looks good on him. He also brings a willingness to engage, where Fitzwilliam Darcy would have likely sat back and been present but not participated. This is the essence of Austen’s Darcy: that he has a marshmallow heart under a candy shell. And in Mark Darcy, we have the epitome of both.

And there you have it: a surprise ending (but not as surprising as Lizzie Bennet practicing archery, Aldous). No portrayal of Mister Fitzwilliam Darcy can earn a full 30 points because none of them will ever measure up to the Mr. Darcy in our heads, but these nine gentlemen all did a spectacular job and deserve our thanks for providing us with such lively entertainment.