You’re a Jane Austen expert. You’ve debated which is the best film version of Mr. Darcy (#ColinFirthforever), and taken the quiz telling you which Austen heroine you are… and I now present my completely scientific, not at all subjective ranking of Jane Austen heroes. 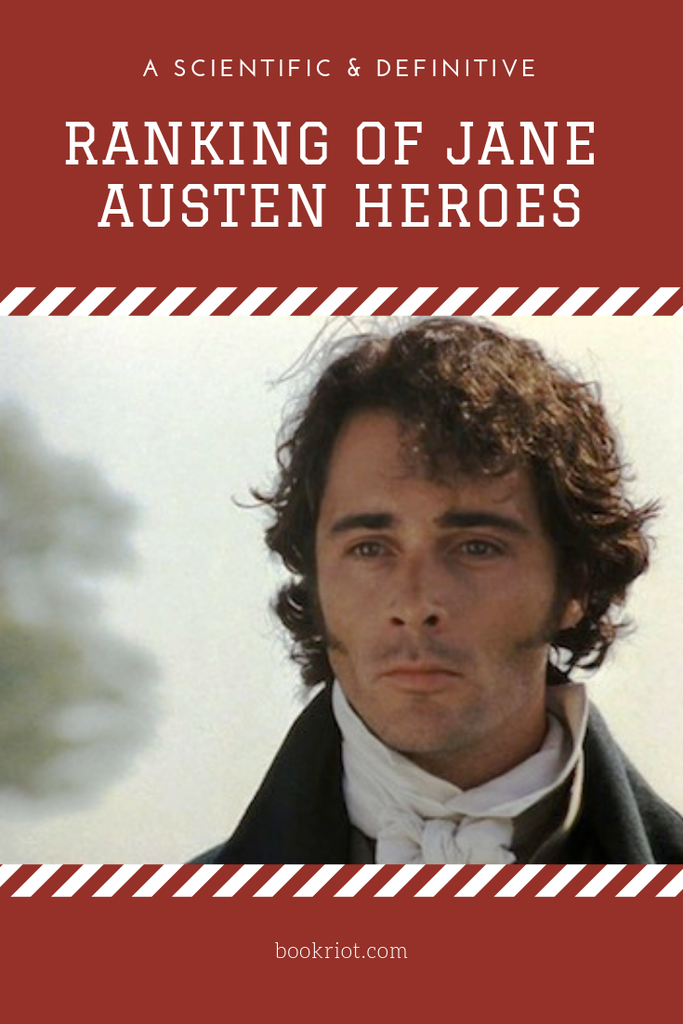 A few rules before we get to the list. Who counts as a “hero,” or love interest, to use a better term? For my purposes, any male character who begins one of Austen’s novels single and ends up married or engaged, unless they are a fairly minor supporting character like Emma’s Mr. Weston. My most important criterion is “this man is someone you would actually want to be with in real life.” After that, I of course considered his estate and number of pounds per year, as would any Austen heroine—or mother looking to marry off five daughters—worth her salt.

And now, to the ranking of Jane Austen heroes. In order of least preferred to most, we have…

Some have called him an interesting man; alas, despite his pleasing appearance in a red coat, we find him a profligate liar with so many unpaid debts that careful mamas would do well to steer their daughters clear. 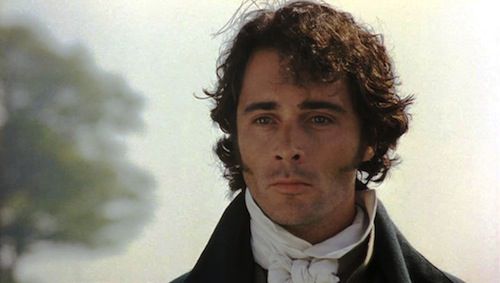 A charming deceiver, but a deceiver nonetheless—and one so taken by worldly pursuits that he will abandon any chance he has at redemption.

A fool, worthy of no more of our time than this brief consideration.

A handsome, if pompous, gentleman with a good living; altogether much too fond of Bath. 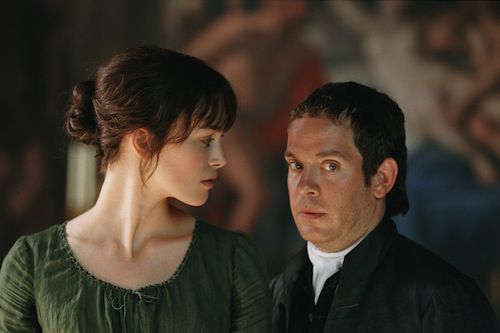 Mr. Collins (Tom Hollander) is persistent in his affections toward Lizzie (Keira Knightley). Image from IMDb.

Though unfortunate in his manners and taste in literature, he is most fortunate in his choice of patroness, of whom you may have heard: Lady Catherine de Bourgh. That excellent lady will surely confer upon the future Mrs. Collins much improvement, through her benevolent example of all that a well-bred female should be.

We desire to place him higher in our ranking, and yet his moral blundering does leave much to be desired.

Those young ladies who are fond of reading poetry aloud and walking by the sea will find much to admire.

It is most unfortunate that his charm and wit should not be turned toward more morally vigorous pursuits. 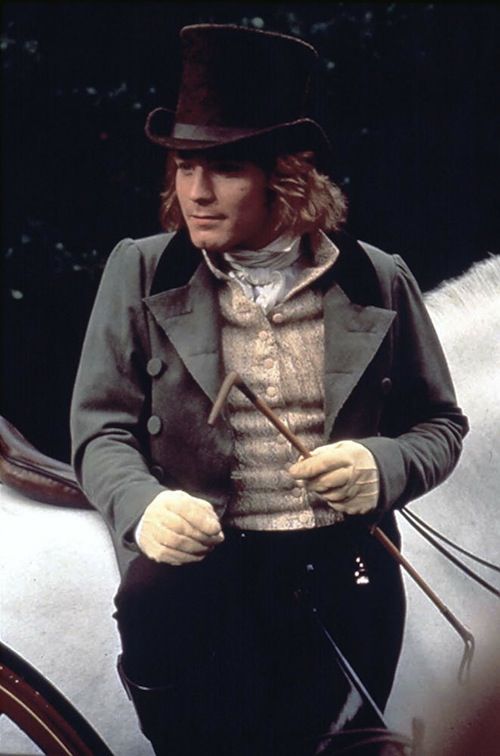 Ewan McGregor and his glorious hair as Frank Churchill. Image from IMDb.

An excellent guest to have by one’s side at a ball, particularly if one is keen to gossip. In spirits and amiability, no one may surpass him, yet his willingness to travel as far as London for a haircut does make one wonder about his judgment.

Not particularly handsome or pleasing, and with a troubling inability to speak his mind, but his kindness and true loyalty are rare and, once secured, are secured forever.

Though not a gentleman, he possesses those qualities which make him an excellent match for a young lady of uncertain birth—with the sense, amiability, and stable income to recommend him over many “gentlemen” of our acquaintance.

Very near the most amiable, good-natured man of our acquaintance, with a very pleasing countenance; he is unfortunately too easily led by his friends, but an enterprising young lady predisposed to the role of leader may find this an excellent quality in a husband. 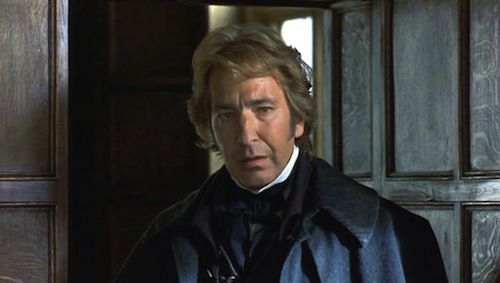 Alan Rickman made a fine Colonel Brandon in Ang Lee’s 1995 adaptation of Sense and Sensibility. Image from IMDb.

One of the most trustworthy gentlemen in our circle, despite his proclivity for melancholy. Added to his respectable qualities is a very sensible taste for flannel waistcoats.

In kindness, judgment, and appearance, everything that a gentleman ought to be, though rather too fond of scolding certain young women of his acquaintance.

Colin Firth: so good at being Darcy, he played him twice!

His manners, while cold upon first impression, are everything that is correct, and he is quite the handsomest man of our acquaintance, made even handsomer by his estate in Derbyshire and ten thousand a year. His solicitous care toward his sister does much to soften the effect of his vexing pride, as does his nearly unmatched skill in letter writing.

A sociable, gallant gentleman with a firm sense of his own mind and a rather thrilling way with words. We find he surpasses Darcy in the arts of letter writing and making apologies. It is a rare gentleman indeed who will admit when he is in the wrong.

A most diverting clergyman; affectionate and solicitous when the moment demands but with a teasing glint in his eye that promises to enliven dull occasions… 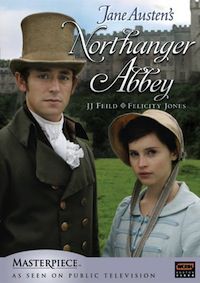 JJ Feild made an especially cute Tilney in this 2007 adaptation of Northanger Abbey starring Felicity Jones. Image from IMDb.

Okay, real talk to explain what may be a somewhat controversial number one pick: to me, Mr. Tilney is the Austen hero who feels most real. Therefore, he wins the prize of “the one you’d actually want to be with in real life.” He’s sarcastic and funny, which makes him quite entertaining in a ballroom, but he’s able to turn on the polite social skills or be serious when necessary. He seems like a great judge of character, but he also enjoys poking fun at people. He likes to read, he’s handsome, he’s smart… Plus, he doesn’t rush into love, and takes his time to get to know Catherine. On a modern and not a Regency-era courtship timeline, that definitely works in his favor.

How do you feel about my ranking of Jane Austen heroes? Should Darcy be number one? Argue with me in the comments if you must!