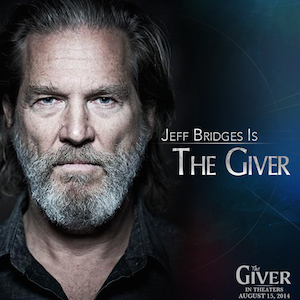 I was sitting in the theater, waiting for the previews to start, and checking my twitter feed when I saw this tweet from BuzzFeed: I didn’t click the link. Not then, not when I was just minutes away from watching a movie that I’d been excited about for months.  I couldn’t do it. I wanted to like the movie. I wanted to give it a fair shake, not spend nearly two hours comparing it to someone else’s assessment. I put my phone on silent, dropped it in my purse, and settled back in my seat to watch The Giver.

Here I am, days later, and I’m still not quite sure what to think. Part of me really liked the movie. Lois Lowry is right – they managed to bring the book “to a new level.” They made changes, and some of them worked. I didn’t hate any of them. In another article, BuzzFeed identified 4 changes they made that made the book into just another YA book adaptation. I don’t really agree with the article on the whole, but looking at those four changes is a good way to measure the film’s “failure.”

*Spoiler warning – turn back while you still can.*

Change #1:  Jonas isn’t 12 anymore.  This change doesn’t bother me. This is one change that I actually liked.  I think it makes more sense than him being 12, given that the Jonas and his friends are beginning their training for their careers. Maybe that’s just more familiar. I think, also, that it always bothered me that this 12 year old kid was taking such an interest in baby Gabriel. I’ve never known a 12 year old boy to do anything more to help with a baby than absolutely necessary. It’s easier to believe that a teenage boy is slipping into the role of surrogate father.

Change #2:  There’s a typical dystopian teenage romance.  Yeah, I could have done without this one.  It didn’t do a whole lot to add to the story. It adds some weight near the end, I guess, but I think that they could have gotten to that same place via a different route. Not every movie needs a love story, and not every love story has to be centered on romantic love.

Change #3: The end is now an action-packed chase sequence. And that’s okay. I don’t necessarily like the way that they did it, but I always thought it was weird that this extra special kid with knowledge of how the world really works (or worked, in this case) would be allowed to just disappear. It always bothered me that they didn’t try to find him. I mean, if anyone were going to survive elsewhere, wouldn’t it be him? I also like the part his friends have to play in the whole thing. That was a good way of making them more dynamic characters.

Change #4: The Chief Elder is the bad guy. I’m not surprised by this one, nor am I disappointed. They didn’t go out and make her pure evil, like so many of the adult bad-guy types on the dystopian YA landscape. She’s misguided, sure. And she’s willing to go to great lengths to eliminate the threat that Jonas poses to her way of life. But you can tell that she genuinely believes she’s doing the right thing. It’s not just some power trip. That’s not the vibe I got.

There are some other changes that I think they considered making, ones that are hinted at, but that were wisely edited out. It seems like they were trying to put some sort of backstory together for the Giver and the Chief Elder. There’s even hint of a romantic attachment from the past of some sort.  I’m really glad that they didn’t go any further with that. It would have distracted too much from Jonas’ story.  In fact, I’d say it’s a credit to the everyone involved that the movie didn’t put the focus entirely on Streep and Bridges, considering the status they carry.

Overall, I was pleased with the casting. I really liked Alexander Skarsgard as Jonas’ father, but I could have really done without Katie Holmes as his mother or Taylor Swift as Rosemary. Their performances were completely flat. I realize that they were playing emotionless characters, but that doesn’t mean that their performances couldn’t have any depth to them. I think the girl playing Lily, Emma Tremblay, is one that we should be watching for in the future.

My final verdict? The movie doesn’t fail the book, regardless of the box office numbers. It’s not even a bad movie. I think that what’s happened is that so many people who read this book when they were kids years ago were let down by that first color trailer. How could they trust the movie if our first glimpse of it was in color? I had my doubts, too.  The thing that won me over in the end, though, was Lowry’s seal of approval.  It didn’t fail in her eyes, so maybe we shouldn’t be so quick to write it off.