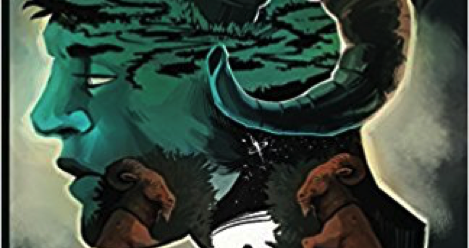 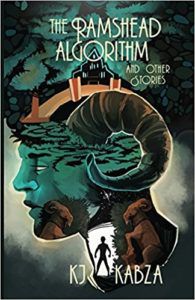 It was some years ago when KJ Kabza showed me a draft of “The Ramshead Algorithm” and explained that he’d been cutting and cutting, but it still felt too long. I promised to take a look at it, and came back a couple days later with one note: “I know you’re striving for realistic details, and it’s true that driving in L.A. involves the terror of rush hour on the expressway, but I don’t think you realize how much of this story is about your protagonist being stuck in traffic.” And I was right; he was easily able to cut several gridlock-related pages from the manuscript without diminishing the excellence of the story, which was subsequently published by The Magazine of Fantasy and Science Fiction. So I’d like to think that I have had some small, positive impact on this bright and beautiful anthology of astounding fiction.

In the introduction to Kabza’s new collection, The Ramshead Algorithm and Other Stories, Gordon Van Gelder, former editor of F&SF, compares Kabza’s work to that of Roger Zelazny. In the dedication, the author notes that his husband insists he is “right up there with Harlan Ellison.” If I had to compare Kabza to an old school classic scifi writer, I would choose Ray Bradbury, with his voracious curiosity devouring the universe and expressing it, daily, into an endless, unexpected river of what might be. Still, I don’t know that you can compare Kabza to anyone from the past. His work is fairy tale forever and it is right now at this very moment and it is also some distance into the future.

The freshness of character and voice, the originality of world and artifacts, the beautiful, whimsical skin stretched over depth and intensity; nobody’s writing makes me feel quite like his does: that magic exists, here, in this world and in worlds separated from this world by only the thinnest membrane of possibility.

It’s appropriate that The Ramshead Algorithm came to be in a fashion almost as lovely, unusual, surprising, and up-to-date as the stories it contains. It’s not every day that a writer who’s never had a book in print gets a DM to his Twitter inbox offering to publish an anthology of his short speculative fiction, but that is exactly how Pink Narcissus Press came to bring out this collection. As someone who has been reading Kabza’s previous work in magazine, electronic, and workshop draft form for many years, I feel like it’s no more than these stories deserve, but it’s not the normal path for a short story collection.

The 11 selected stories cluster around the concept of fantastic worlds, but what ties together a tender romance set in a clockwork arboretum (“The Leafsmith in Love”) and a tale of gothic horror and unholy reanimation (“The Soul in the Bell Jar”) goes beyond their splendid settings. These are transformational stories, change in response to change: fairy tale tropes playing out between two women traveling among the stars (“We Don’t Talk about Death”); in a heartless, sterile, artificial afterlife populated by strangers and one wealthy megalomaniac (“You Can Take It with You”); or down the street in South Tucson (“All Souls Proceed”). Characters embark on epic journeys across the world, discover terrible and wonderful secrets in their own hometowns, find true love, and live, if not happily ever after, at least with more wisdom and better circumstances than where they began.

World-building seems to come naturally to Kabza, a self-described military brat, who has lived, worked, and traveled in many places around the world. His dreamscapes are meticulous: you don’t need to suspend disbelief to enter the artificial world of the Leafsmith, because Kabza has answered every possible complaint against its magic with detailed brushstrokes that reveal its veracity. When the mad Dr. Dandridge explains that human beings don’t leave corpses, only ghostgrease, because their souls comprise such a great percentage of their body compared to animals, you realize that Kabza’s solution is more elegant than nature’s. His worlds are complete, down to the slightest concern, a trilogy’s worth of setting fitted into a short fiction wrapper. Love stories, horror stories, stories of children striking out on their own and of families banding together—the acts of reality, the matters or life—play out among the most fantastic backdrops. The worlds are the paper on which speculative fiction appears, but character arcs are powerful, transformative on a deeper level.

“We Don’t Talk about Death,” for example, is science fiction by any measure, complete with spaceships and aliens. But space and time themselves transform in this story, as two women navigate “Ureality,” their universe’s version of faster-than-light travel, which involves traversing the mind’s own barriers. Physically moving forward tangles the Pilot with the past. With only her imagination-challenged Passenger to hold her in the present, the Pilot must confront the most powerful pain of her own history, and, because this is a KJ Kabza story, she succeeds and finds the antidote to betrayal.

“Heaventide” proposes a society where sexuality precedes gender. Daybreak-under-Clouds, having slept with a Traveler in the local Traveler House, is now banned from becoming a Traveler, because only men may travel, and consorting with Travelers is “confirmation of femininity.” In Daybreak’s world, there is no such thing as a gay man; ergo, Daybreak is culturally treated as a woman, and is legally prevented from pursuing the one goal she has yearned for her entire life, when she believed herself to be a boy. It’s hard to imagine a character more desirous of, and more intent on pursuing, monumental change. Another Kabza story, “This Is a Letter to My Son” (not included in this anthology , but available free online from Strange Horizons), posits a world where technology can help transgender people accept (though not necessarily love) the gender associated with their bodies.

These stories may speak to the experience of the author, who was socialized female himself, but transitioned in early adulthood. For years, he debated whether it would matter if he revealed this history to his audience. Did he owe this revelation to the trans community? Would his work suddenly be labeled “trans fiction” even though the majority of his protagonists appear cisgender? “I am an author who is trans, but I’ve never wanted to restrict my work to trans perspectives. Rather, I want to put myself inside of—and better understand—perspectives that aren’t mine.” He’s reluctant to embrace labels, “because even though I write trans and queer characters,[specifically trans fiction is] not what I want to produce. My life contains enough of that reality, and I don’t necessarily want to revisit it all the time in fiction.”

He does suggest that many of his characters could be trans or ace, but those issues don’t arise in their stories. “To make it obvious that someone is trans, you have to out that character in some way, and I feel that I don’t need to do that if it’s not relevant.” And yet, in “The Color of Sand” and “Night and Day,” the question of how to determine an individual’s true shape is given the proper speculative treatment. Even when a character’s body is not at issue, change is always happening on different levels. In some cases, the change that is not visible to the eye may be the most monumental. So, perhaps the question of gender is less important than the understanding that in good fiction, and in a good life, the issue is transforming into the highest and most authentic self.

The Ramshead Algorithm and Other Stories offers the full range of speculative fiction: fantasy, science fiction, horror, and all shades and flavors in between. Kabza hopes it also authentically offers all the magic, transformation, and perspectives he’s hoped to emulate. (“You should give the collection a read for yourself to see if it does,” he adds cheerfully.) At the very least, when you read the titular story, you won’t be stuck in L.A. traffic.