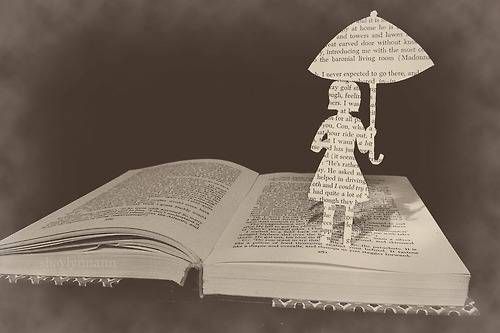 For three wonderful years, my grandma Hanagarne lived in the house next to mine. She was a sweet woman who loved me madly and whose bookshelves creaked with ratty paperbacks. We had a mutually beneficial arrangement that was literary in nature and contingent on meteorology.

“When you’re not in school, every time it rains, I need you to come over here and help me with something.”

I was in fourth grade. My sleuthing abilities were sub-par compared to Harriet The Spy or The Great Brain. I was more like an off-brand Encyclopedia Brown who bought a magnifying glass and decided he was a detective.

When clouds would roll in, threatening rain, I’d get antsy. And hungry. When the rain finally fell, I’d run across the sagebrush separating our houses and pound on her door. She’d let me in, give me a bunch of snacks, tell me to select a book, and then we’d “get to work.” Which meant reading. I’d sit in a rocking chair with whatever I’d chosen from her shelf, and she’d open another book and do the same.

She had so many books. Most were true crime and horror paperbacks, but she also had a shelf of kid’s books for me and my siblings.

On the day I saw her with the the manila folders, I was reading Twilight Eyes by Dean Koontz.

“Working on a case.” She held up a book with a yellow cover that bore an odd red symbol. Zodiac.
“Ever heard of this guy? He was bad. They never caught him.”

“What did he do?” And so ensued a conversation that my young soul was not prepared for in any way. By the end of that storm, I agreed that the Zodiac was indeed a horrible killer, and that it was indeed our duty to bring him to justice.

If she didn’t own every book written about the Zodiac, I’d be surprised. She’d pore over them, making notes in the margins, making notes in the folders, occasionally going “Ah!” or “Oh, they should have…” She’d scribble. She’d stare intently at things I couldn’t see. She’d shake her head slowly, mourning police ineptitude, journalistic failures, and the cruelty and chaos that are so often the price of being part of this world. I’d go home and my mom would ask why I was so wild-eyed.

“I’m getting closer,” grandma told me one day. “Do you want another cookie?”

I doubt that she uncovered any evidence that had been missed by the authorities.

I don’t know how seriously she took it all, but it felt pretty serious.

I don’t know where her interest in that particular case came from.

I don’t know how she would have reacted to David Fincher’s film Zodiac.

I don’t know if she continued the hunt after they moved, but I’d bet money on it.

I do know that that’s the room where I read Twilight Eyes, Whispers, It, Dracula, Frankenstein, The Phantom Tollbooth, Pippi In The South Seas, and many, many many others, as rain spattered against the windows and I moved my chair closer to the fireplace. It’s where she’d give me hugs and put blankets on my lap, and where she gave me a special metal bookmark she engraved with my initials.