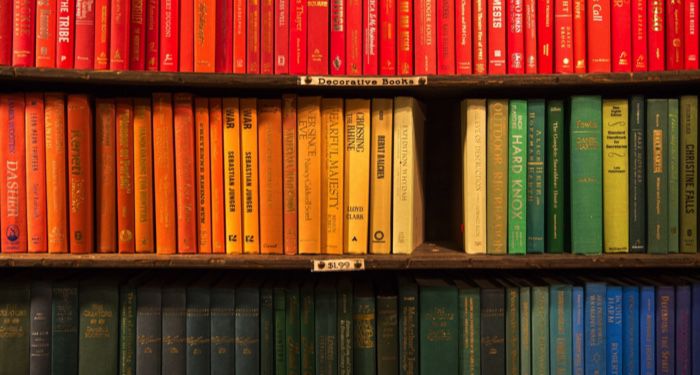 Critical Linking, a daily roundup of the most interesting bookish links from around the web, is sponsored by Flatiron Books, publisher of Migrations by Charlotte McConaghy.

“We got to chat with Taylor about the biggest decorating tips he’s gathered from rating thousands upon thousands of people’s rooms. And while much of the advice continues to be focused on items to add, one piece of decorating advice Taylor stressed to us is a mistake to avoid at home: color-coordinating your bookshelf.”

“Perhaps the biggest problem the ceremony’s many critics have taken issue with was Martin’s particular choice to spend so much time praising John W. Campbell. Campbell was the editor of Astounding Science Fiction magazine from 1937 until his death in 1971, and until this year, had a Best New Writer award named after him. Last year’s winner of the John W. Campbell award, Jeannette Ng, used her acceptance speech to call out Campbell’s extreme racist views, and this year the award’s name was changed to the Astounding Award for Best New Writer. Ng won this year’s Best Related Work Hugo for her 2019 acceptance speech.”

“She even found room on her essential list, the “prequel” to Jane Eyre, Jean Rhys’ Wide Sargasso Sea which focusses instead on Mrs Rochester, the “wild woman” who features in Brontë’s novel. Stevie once said of Sargasso, ‘Jean Rhys wrote this book as a precursor to Jane Eyre because of her love for the Bronte novel. I saw the film adaptation of the book in the early 1990s and it inspired me to write the song of the same name on my album.'”