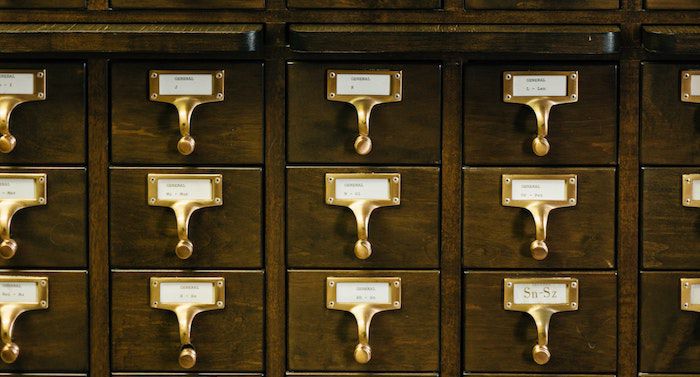 A lot of old things are racist. Mickey Mouse’s white gloves, for example. The concept of a peanut gallery. But public libraries? Impossible, right? Well, public libraries have a lot of race-related issues, from over-policing to an exclusive Master’s degree (I wrote about some of this here.) But one of the biggest obstacles to manifesting true racial justice in public libraries is the Dewey Decimal System. That’s right: the bedrock cataloging system that you learned in elementary school has a major racism issue. If you know anything about its inventor, Melvil Dewey, racism in the Dewey Decimal System may not come as a shock. However, in case you don’t, read on, and hold onto your socks.

It’s actually hard to overstate Dewey’s contributions to public education. His work led directly to the creation, not just of public libraries in his home state of New York, but to the entire concept of the free public library in America. He also invented the Board of Regents in New York, which became a template for public education across the country. And, of course, he invented the Dewey Decimal System.

All this said, Dewey was racist as actual fuck.

Even in his day, people were appalled at his antisemitism. He literally opened his own social club just to exclude Jews, including many of his own colleagues. (Needless to say, people of color weren’t welcome either.) In the early 1900s, there was an eventually-successful drive to expel him from public life because of his obvious and enormous prejudices. Dewey was kind of a dumpster fire of a guy. Unfortunately, his attitudes inform the cataloging system that he invented.

Dewey invented the Decimal System in 1873. He was 21 years old and already had a lot of big ideas, one of which involved organizing the library of his employer, Amherst College. To this end, he drew on the work of Sir Francis Bacon, a 16th century natural philosopher. Bacon had been an early pioneer of inductive reasoning, which is crucial to the scientific method, and he’d written at length about logical organization of knowledge for discovery in his book Instauratio magna. Dewey also claimed an Italian printmaker named Natale Battezzati as an inspiration. Battezzati had invented a card-based catalog for bookstores. Where Bacon had been dead for a couple centuries and change when Dewey embarked upon his fateful cataloging system, Battezzati was a living and well-known contemporary.

Dewey copyrighted his decimal system in 1876 after sending it to a bunch of colleagues for critique. The first published edition was about 40 pages long. The modern version is hundreds.

It’s important to remember the reasons that Dewey wanted public libraries to be a thing in the first place. He was no altruist; he believed that people and concepts belonged in certain places in society and that in those places they must stay. Poor people, for example, needed to be content with non-unionized factory work. Christianity was the only real religion. As for nonwhite people, was there really a need to address them at all?

The Dewey System Is Racist

The quickest possible glance reveals the racism in the Dewey Decimal System. We’ll use the religion section as an example. The 200s encompass all religion, nominally, although the problems with this premise are obvious. Each Dewey heading encompasses ten major subjects, dividing each up by subtopics that add digits to the end of the number. Six of the ten subjects in the 200s are explicitly for Christianity-related subjects. Three of those remaining are either explicitly or implicitly Judeo-Christian. Finally, at the bottom of the heap, the 290s cover“other” religions. Islam, Baha’ai, and Babism all get to share 297. Germanic religions get 293. All “religions of Indic origin,” in other words Hinduism, Jainism, and Buddhism, get to share 294. Hinduism gets all of 294.5 to itself. How generous!

299 covers everything else, and we’re going to focus on this bit because it’s the most glaring example of racism in the Dewey Decimal system I can think of. You see where I’m going with this: religions Dewey associated with people of color ended up with way less space than the “real” faith. Not convinced? Fine. There’s a section in the 200s just for Black people.

Why does this matter?

But back up the outrage for a minute. It’s patently ridiculous and racist that the catalog shoves people of color into a corner, but does this racism in the Dewey Decimal System really matter? After all, the books are still there. You can still find them. But au contraire! Because the real problem here is the cutter number. That’s the long string of digits after the period in that call number above.

Now think about the last nonfiction library book you borrowed. If you have one handy, grab it. If you happen to be reading in the library, amble on over to those shelves and take a gander at the spines of those books. Do you see any that bear a cutter number longer than four digits?

Of course not! Book spines aren’t that big and catalogers have better things to do than manage seven-digit cutter numbers. What that means is that catalogers boil down long cutters out of necessity. In the case of 299.6097294, our call number for Haitian religions of Black people, it’s likely to end up as 299.609, or even just 299.6. That would lump it in with all faiths with origins associated with Black people, both in and out of Africa, aside from Black Muslims. (They get to go in 297.8, “Islamic Sect and Reform Movements.”)

As gross as it is that the system is classifying (and apparently prioritizing) religion by race, it’s actually quite significant that a shortened cutter number for Haitian Religion will make it much harder to find. Once local cataloging conventions reduce it to 299.609 or 299.6, its author’s last name will determine where it goes on the shelf. At that point, it won’t be with other books about Haitian religion, so people who look for it will need to comb through every book about Black non-Abrahamic religions alphabetically by author. Instead of using the system as a discovery tool, they’ll need to know exactly what they’re looking for right down to the correct spelling of the author’s last name.

Lost in the Stacks

Thus do people of color get lost in the Dewey system. The problem with the 200s occurs again in the 300s, where almost everything about people of color can be classed under 305.8, “Ethnic and National Groups.” Within this subheading, Germanic peoples again get a relatively clean cutter — 305.82, to be exact. Meanwhile, 305.895 covers all East and South Asian peoples. You can probably extrapolate the problems with stuffing close to two billion people with literally hundreds of different cultures, languages, and collective priorities into the cataloging equivalent of a studio apartment. Meanwhile, Greeks get the relatively roomy 305.88 all to themselves and the British get 305.82. Because of course they do.

What can we do?

It’s incredibly hard to re-catalog a collection. If that collection is part of a consortium or system of libraries, it becomes pretty much impossible. There are other, more flexible options for cataloging books out there — BISAC, a bookstore-like subject-based organization system, is one, although it has its own problems. However, people have also made some noble attempts to decolonize Dewey. Dorothy Porter, a librarian who worked at Howard University, might be the most well-known of these. She is such an unsung boss that I need you to go read about her right now.

Beyond heroic efforts by individuals, however, the death of the card catalog has been the main salvation of the Dewey system. Computerized library systems now allow keyword searches. These render the little numbers on the book spine essentially arcane except as unique locators. If you need a book about Malaysian meal etiquette, you can darn well ask the catalog and it’ll tell you, even if the book itself is swamped in a sea of foreshortened cutter numbers.

But even as the effective racism of the catalog wanes, the sting remains. The racism in the Dewey Decimal System makes the prejudices and relative values of its creator abundantly clear, and to a certain extent, it’s not really a fix to work around it with technology. After all, not everyone has equal access to computers, or equal tech ability, for that matter. A messed-up shelving system still makes a difference to them just like institutional racism everywhere still makes the world a worse place. Until someone revamps the whole thing, it’ll remain a map of Dewey’s brain rather than the foundation of a truly public library.