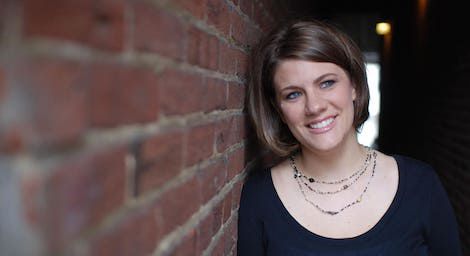 I was shocked to hear that Rachel Held Evans passed away last week. Rachel was a prophet to my generation: people now in their 30s and 40s who grew up in the Christian subculture of the 1980s and 90s. We were the True Love Waits generation, the Jesus Freaks, and the Bible Nerds. We were wholeheartedly committed to the Christian faith and wanted everyone to know it. 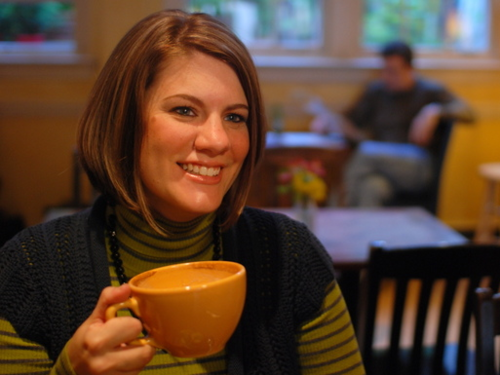 And then we grew up, and some things about our faith just didn’t make sense anymore. We saw suffering in the world and could no longer dismiss it as “part of God’s will.” We saw LGBTQ people being ostracized and demonized by the church and we knew it was wrong. We couldn’t reconcile the Jesus described in the gospels with God commanding his people to commit genocide in the Old Testament.

Enter Rachel Held Evans. I found her in the early 2010s, when the Christian blogging world was peaking. I was pleasantly surprised to find such a commanding, intelligent, and empathetic female voice in the religious writing realm. Here are some aspects of her unparalleled literary legacy, particularly for spiritual writers.

She taught us it’s okay to write about religious doubt.

Reading Rachel’s first book, Evolving in Monkeytown (now re-branded as Faith Unraveled) was like breathing a sigh of relief for me. The book documented the beginning of her faith deconstruction and asked the deep questions that many in my generation thought but were too scared to ask out loud.

“How can God be fair and just if he preordains our eternal destiny, if most people have no choice but to face eternal damnation? When we say that God is sovereign, that no good or evil is done outside of his will, does that mean that he presides over every rape of a child? If all truth is God’s truth, then why are we so afraid to confront the mountain of scientific evidence in support of evolution?”

She showed us you don’t have to be a theologian to write about theology.

One of the most impressive things about Rachel’s work is how much she wrote about theology, although technically she was a writer, not a trained theologian. She was a voracious reader of theology books, though, and she embarked on her own studies of things like gender roles in the Bible, gay relationships, and women ministers. Rachel unapologetically turned the tide for people who felt rejected or dismissed by the church by offering sound, theological reasons for welcoming LGBTQ believers and ordaining women preachers.

In fact, her most recent book, Inspired, was all about the Bible. While her other books read more like memoir, this book felt a bit heavier theologically, although it included poems, a short story, and even a screenplay! Rachel wrote, “The Bible isn’t some Magic Ball you can consult when deciding whether to take a job or break up with a guy, nor is it a position paper elucidating God’s opinion on various social, theological, and political issues . . . God gave us a cacophony of voices and perspectives, all in conversation with one another, representing the breadth and depth of the human experience in all its complexities and contradictions.”

Rachel’s writing was nothing if not authentic. She stripped herself bare, sharing many of her raw moments with the world. Whether using humorous self-deprecation or serious self-reflection, Rachel was able to simultaneously make well-researched theologian arguments and show us that she was utterly human. One of my favorite quotes from her books comes from her third book, Searching for Sunday: “But no one really teaches you how to grieve the loss of your faith. You’re on your own for that.”

As a person who has gone through her own faith deconstruction, those lines revealed so much to me. Rachel knew the devastation of looking back into the past and seeing the dedicated Christian you used to be, and comparing it to the questioning skeptic you’d become. Her authenticity was like a hand reaching out to take mine, a voice whispering to me, “You’re not alone.”

She showed us how to use a writer’s platform for justice.

Rachel regularly amplified the voices of writers of color on Twitter. In fact, Rachel was a force on Twitter, never backing down when she was criticized, always speaking out for the oppressed. On Facebook, she defended the Black Lives Matter movement and called for racial justice and reconciliation, all while be willing to self-reflect and admit her own place in systemic racism. She exhorted the church to open their arms to LGBTQ people and argued for a long, wide table where all were welcome. On her blog, you can find interviews and guest posts from a wide realm of individuals, from gay Christians to Muslims to recovering alcoholics. She identified as pro-life, but she believed that pro-life meant ALL life, not just unborn babies, and she showed us how advocate for justice for all people.

She paved the way for spiritual memoirs written by women.

Rachel’s second book, A Year of Biblical Womanhood, put her on the map. In this book she redefined the “biblical woman” that so many evangelical Christians defined as submissive, compliant, and quiet. She wrote about how the “virtuous woman” in Proverbs 31 actually translates to mean “woman of valor.” Rachel often used the Hebrew phrase eshet chayil (woman of valor) to encourage and spotlight other women.

She used her power to create community.

Though it was evident in her life, the community Rachel Held Evans created has been especially evident in the days since her unexpected death. We are a group of spiritual misfits, and each person looks different. We are ministers, churchgoers, non-churchgoers, believers, doubters, wanderers, and wonderers. We may not believe in prayer anymore and we may ask if God really exists, but one thing is certain: Rachel Held Evans gave us a safe space. Through her writing and influence, she gave faith wrestlers a home and a connection to each other.

To me, Rachel Held Evans was a torch: Illuminating the dark places, singeing a few people in the process, and lighting the way for all of us.