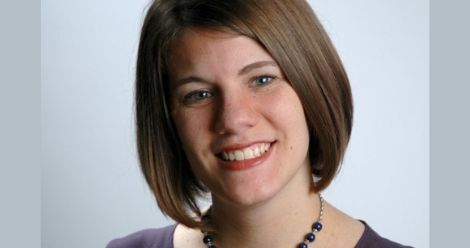 Rachel Held Evans, the popular Christian author and blogger known for challenging traditional Evangelical theology and politics, died on Saturday at the age of 37.

On April 14th, Rachel shared that she was in the hospital with the flu and a UTI, and had a severe allergic reaction to the antibiotics she was prescribed. Things went downhill from there.

Reporting on his wife’s condition, Dan Evans wrote that Rachel began experiencing “constant seizures” and was put in a medically-induced coma. In late April, doctors began weaning her off the coma-inducing medication. The seizures returned “at a reduced rate” but Rachel “did not return to an alert state during this process.”

On May 2nd, Rachel “experienced sudden and extreme changes in her vitals.” Doctors discovered that the cause was “extensive” brain swelling. She died early the morning of May 4th, leaving behind her husband, 3-year-old son, and nearly 1-year-old daughter.

I’ve followed Rachel’s work since the publication of her first book, Evolving in Monkey Town, a memoir in which she documented her journey from unshakable religious certainty to a more nuanced faith that makes room for doubt, change, and growth.

From there, her writing career blossomed and she became a tireless advocate for women and LGBT people in the Evangelical church. Since her death, thousands impacted by her work have posted on Twitter using the hashtag #BecauseofRHE.

#BecauseofRHE I had permission to explore LGBTQ+ affirming theology & eventually come out as bisexual. She was one of the first affirming Christians I encountered in my research, & her loud support is directly tied to who I am today.

Men like me owe a great debt to @rachelheldevans. We can advocate for women, but we can’t do what women do. Rachel didn’t just empower women, she *was* a powerful woman who shared power. #BecauseofRHE, many white Christian men learned to respect and value women in leadership.

Today I stood in a pulpit with cobalt blue high heels, confident of God’s call on my life to be there because of her words. #BecauseOfRHE pic.twitter.com/uYWP9AT0YQ

Like the many who posted on Twitter, Rachel had a huge impact on my own faith journey. I don’t think it’s an exaggeration to say that the sense of freedom, joy, hope, and healing that she brought to so many raised in the Evangelical church will continue to be felt for generations to come. Still, she will be missed.