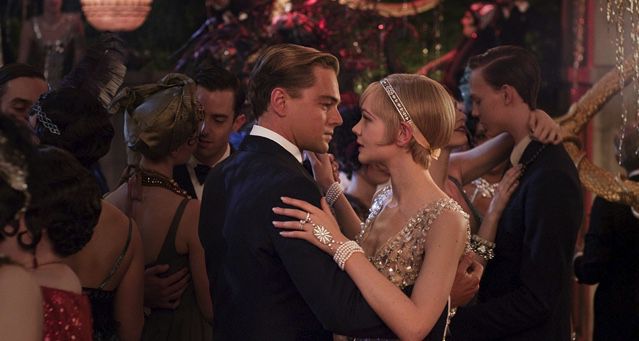 I picked up The Great Gatsby about a week ago, the first reread of the early summer. I had not read this touchstone novel of the early 20th century for more than five years, and this time, my attentions kept returning to the exquisitely well-crafted and perceptive comments F. Scott Fitzgerald made on the smug and malicious characters of three of the main characters—Tom and Daisy Buchanan and Jordan Baker—and on the pious naïveté of the narrator Nick Carraway. 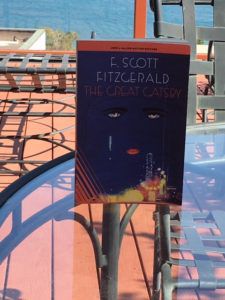 This past reading I did not notice all of the intriguing colors—the green of Daisy’s dock and all the differing shades of blue—and their symbolism set against the decayed American dream. This reading had me wondering how Fitzgerald could be so prescient with presenting some of the most appalling and repulsive aspects of old wealth and the cluelessness of the nouveau riche.

Here are just a few samplings for another take on the brilliance of Fitzgerald’s masterpiece The Great Gatsby. The domineering, swaggering sense of entitlement prevalent among today’s billionaire class accompanied with their disdain of the lower, vulgar people and the world of their emotions.

“In my younger and more vulnerable years my father game me some advice that I’ve been turning over in my mind ever since.

Book Deals Newsletter
Sign up for our Book Deals newsletter and get up to 80% off books you actually want to read.
Thank you for signing up! Keep an eye on your inbox.
By signing up you agree to our terms of use
‘Whenever you feel like criticizing any one,’ he told me, ‘just remember that all the people in this world haven’t had the advantages that you’ve had.’
…Reserving judgments is a matter of infinite hope. I am still a little afraid of missing something if I forget that, as my father snobbishly suggested, and I snobbishly repeat, a sense of the fundamental decencies is parceled out unequally at birth.” —The Great Gatsby Chapter 1

“Her husband, among various physical accomplishments, had been one of the most powerful ends that ever played football at New Haven—a national figure in a way, one of those men who reach such an acute limited excellence at twenty-one that everything afterward savors of anticlimax.” —The Great Gatsby, Chapter 1

“‘Civilization’s going to pieces,’ broke out Tom violently. ‘I’ve gotten to be a terrible pessimist about things. Have you read ‘The Rise of the Colored Empires’ by this man Goddard?…Well, it’s a fine book, and everybody ought to read it. The idea is if we don’t look out the white race will be – will be utterly submerged. It’s all scientific stuff; it’s been proved…This fellow has worked out the whole thing. It’s up to us, who are the dominant race, to watch out or those other races will have control of things…The idea is that we’re Nordics. I am, and you are, and we’ve produced all the things that go to make civilization—oh, science and art, and all that. Do you see?’“ —The Great Gatsby, Chapter 1

“Jordan Baker instinctively avoided clever, shrewd men, and now I saw that this was because she felt safer on a plane where any divergence from a code would be thought impossible. She was incurably dishonest. She wasn’t able to endure being at a disadvantage and, given this unwillingness, I suppose she had begun dealing in subterfuges when she was very young in order to keep that cool, insolent smile turned to the world and yet satisfy the demands of her hard, jaunty body.” —The Great Gatsby, Chapter 3

“Gatsby hesitated, then added cooly, ‘He’s the man who fixed the World’s Series back in 1919.’
The idea staggered me. I remembered, of course, that the World’s Series had been fixed in 1919, but if I had thought of it at all I would have thought of it as a thing that merely happened, the end of some inevitable chain. It never occurred to me that one man could start to play with the faith of fifty million people—with the single mindedness of a burglar blowing a safe.” —The Great Gatsby, Chapter 4

“‘I like her,’ said Daisy, ‘I think she’s lovely.’
But the rest offended her—and inarguably, because it wasn’t a gesture but an emotion. She was appalled by West Egg, this unprecedented ‘place’ that Broadway had begotten upon a Long Island fishing village—appalled by its raw vigor that chafed under the old euphemisms and by the too obtrusive fate that herded its inhabitants along a short-cut from nothing to nothing. She saw something awful in the very simplicity she failed to understand.” —The Great Gatsby, Chapter 6

“‘Her voice is full of money,” he said suddenly.
That was it. I’d never understood before. It was full of money—that was the inexhaustible charm that rose and fell in it, the jingle of it, the cymbals’ song of it…High in a white palace the king’s daughter, the golden girl…” —The Great Gatsby, Chapter 7

“There is no confusion like the confusion of a simple mind, and as we drove away Tom was feeling the hot whips of panic.” —The Great Gatsby, Chapter 7

“…Nowadays people begin by sneering at family life and family institutions, and next they’ll throw everything overboard and have marriage between black and white.’
Flushed with his impassioned gibberish, he saw himself standing alone on the last barrier of civilization.
‘We’re all white here,’ murmured Jordan.
“Angry as I was, as we all were, I was tempted to laugh whenever he opened his mouth. The transition from libertine to prig was so complete.” —The Great Gatsby, Chapter 7

“Her porch was bright with the bought luxury of star-shine…She had caught a cold, and it made her voice huskier and more charming than ever, and Gatsby was overwhelmingly aware of the youth and mystery that wealth imprisons and preserves, of the freshness of the many clothes, and of Daisy, gleaming like silver, safe and proud above the hot struggles of the poor.” —The Great Gatsby, Chapter 8

“I couldn’t forgive him or like him, but I saw that what he had done was, to him, entirely justified. It was all very careless and confused. They were careless people, Tom and Daisy—they smashed up things and creatures and then retreated back into their money or their vast carelessness, or whatever it was that kept them together, and let other people clean up the mess they had made…I shook hands with him; it seemed silly not to, for I felt suddenly as though I were talking to a child. Then he went into the jewelry store to buy a pearl necklace – or perhaps only a pair of cuff buttons – rid of my provincial squeamishness forever.” —The Great Gatsby, Chapter 9