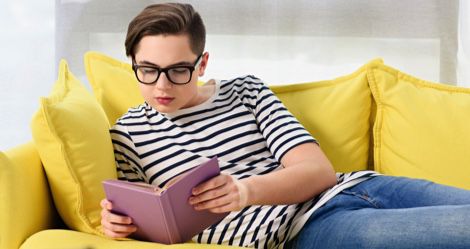 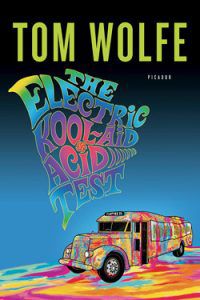 “The New Journalism,” or, writing nonfiction using fictional techniques, gave The Electric Kool-Aid Acid Test an originality, a distinctiveness in writing about the politics and the culture of the 1960s that had never been done before. Wolfe had written The Electric Kool-Aid Acid Test in a stream of consciousness style that had many readers imitating Wolfe’s inimitable style.

The American Stories Book Group readers’ reactions varied; I did not like the book until I began to love the book over a week after we discussed The Electric Kool-Aid Acid Test. But that is another story.

HAVE SOWN…DOWN IN RAT LAND MANZANILLO, Kesey and the Pranksters had been so cut off they got almost no news from San Francisco. it was all perfect Devil’s Island down there. They had only a dim idea of what was going on among the heads in Haight-Ashbury. But now, like, you don’t even have to look for it. It hits you in the face. It’s a whole carnival…All you have to do is walk up into the Haight-Ashbury—and Kesey chances a run through…The cops are busy trying to figure out these new longhairs, these beatniks—these crazies are somehow weirder than the North Beach beatniks ever were. They glow blue like a TV tube.

The cops knew drunks and junkies by heart, and they knew about LSD, but this thing that was going on…The heads could con the cops blind and it was wild. Haight-Ashbury had always been a brave tenement district up the hill from the Panhandle entrance to Golden Gate Park…Rents had been going up in North Beach. A lot of young couples with bohemian enthusiasms had been moving to Haight-Ashbury. Some of the old beats had moved in. They hung around a place called the Blue Unicorn…The Grateful Dead had moved into a house in Haight-Ashbury, and it wasn’t just the old communal living where everybody piled into a place. They lived Prankster-style, as a group with a name and a mission, which was music and the psychedelic vision…”

2.)  It was a small moment. No heads were broken. Certainly, the Angels have done worse. The kid even got away that night with a whole half a pack of cigarettes. Yet it stuck in the throat. One way or another, the Hell’s Angels came to symbolize the side of the Kesey adventure that panicked the hip world. Outlaws? they were outlaws by choice, from the word go, all the way out in Edge City. Furthur!

3.)  …all people…Within the religious circle, status was always a simple matter. The world was sheerly divided into “the aware,” those who had had the experience of being vessels of the divine, and a great mass of “the unaware,” “the unmusical,” “the unattained.” Or: you’re either on the bus or off the bus. Consciously, the Aware were never snobbish toward the Unaware, but in fact most of that great jellyfish blob of straight souls looked like hopeless cases—

5.)  BACK ON THE BUS AND OFF FOR PHOENIX IN THE SLIME-Euphoric certitude they and the movie—The Movie!—many allegories of life—that they could not miss now. Hagen pressed on with the film, hour after hour after hour in the bouncing innards of the bus. There were moments in the History of Film that broke everybody up. One was when they reached Phoenix. This was during the 1964 election excitement and they were in Barry Goldwater’s home town, so they put a streamer on the bus reading: “A Vote for Barry is a Vote for Fun.” And they put American flags up on the bus and Cassidy drove the bus backward down the main drag of Phoenix while Hagen recorded it on film and the flags flew backward in the wind-stream. The citizens were suitably startled, outraged, delighted, nonplused, and would wheel around and start or else try to keep their cool by sidling glances like they weren’t going to be impressed by any weird shit—and a few smiled in a frank way as if to say, I am with you—if only I could be with you!

6.)  But the hell with it. Kesey was already talking about how writing was an old-fashioned and artificial form and pointing out, for all who cared to look…the bus. The local press, including some of the hipper, smaller sheets, gave it a go, but nobody really comprehended what was going on, except that it was a party. It was a party, all right. But in July of 1964 not even the hip world in New York was quite ready for the phenomenon of a bunch of people roaring roaring across the continental USA in a bus covered with swirling Day-Glo mandalas aiming movie cameras and microphones at every freaking thing in this whole freaking country while Neal Cassady wheeled the bus around the high-curves like Super Hud and the U.S. nation streamed across the windshield like one of those Cinemascope landscape cameras that winds up your optic nerves like the rubber band in a toy airplane and let us now be popping more speed and acid and smoking grass as if it were all just coming out of Cosmo the Prankster own local-option gumboil machines.
Cosmo!
Furthur!