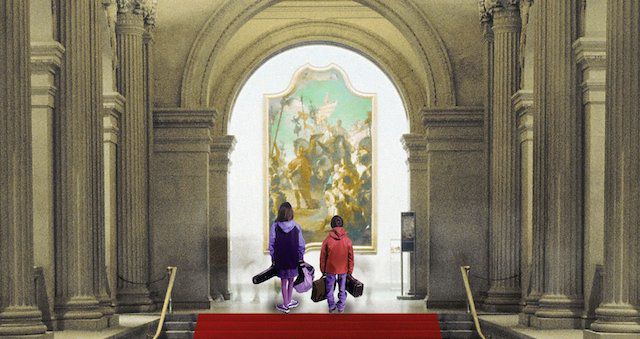 More than 50 years ago, young Claudia and her brother Jamie set off for a New York adventure. Determined to give her family a lesson in “Claudia appreciation,” the 12-year-old devises a plan in From the Mixed-Up Files of Mrs. Basil E. Frankweiler to run away to the Metropolitan Museum of Art, where she and her frugal brother discover a mysterious new statue that may or may not have origins in Michelangelo’s work. I can still remember the first time I read the book in elementary school, feeling utterly charmed and enchanted by the unique little story. There was always a seed of doubt that the story was fiction, thanks to author E.L. Konigsburg’s clever framing. Readers are to understand the story as being told by Mrs. Basil E. Frankweiler in a letter to her lawyer, who has been instructed to make changes to Mrs. Frankweiler’s will as a consequence of the story she tells. Konigsburg also includes a letter she writes to Mrs. Frankweiler, thanking her for sharing the story and exclaiming that she looks forward to making the unusual tale available to the masses with a few minor changes. With with its incredible endurance, it seems only fitting to celebrate the quick-witted story with a list of the greatest quotes from From the Mixed-Up Files of Mrs. Basil E. Frankweiler.

19 Quotes from From the Mixed-Up Files of Mrs. Basil E. Frankweiler

Perhaps, if you had some interest in this world besides law, taxes, and your grandchildren, you could almost be a fascinating person. Almost.

It seemed senseless to run away without money. Living in the suburbs had taught her that everything costs.

Since she intended to return home after everyone had learned a lesson in Claudia appreciation, she had to save money for her return trip, too, which was like full fare one way.

You would think that her parents would know something about raising children by the time Kevin, their fourth, came along. But her parents hadn’t learned. She couldn’t remember being anyone’s charge when she was in the 1st grade. Her mother had simply met her at the bus stop every day. 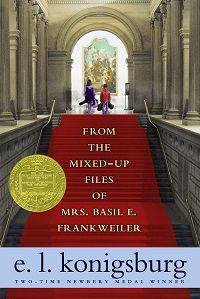 “Wearing shoes all the time is one of the tyrannies you’ll escape by coming with me.”

She was trying hard to remain calm, for she knew that a group leader must never lose control of herself, even if the group she leads consists only of herself and one brother brat.

More than a quarter of a million people come to that museum every week. They come from Mankato, Kansas, where they have no museums and from Paris, France, where they have lots. And they all enter free of charge because that’s what the museum is: great and large and wonderful and free to all. And complicated.

Jamie considered learning something every day outrageous. It was not only outrageous; it was unnecessary.

Her art teacher had said that the Renaissance was a period of glorification of the human form; as best she could figure out, that meant bare bodies. Many painters of the Italian Renaissance had painted huge billowy, bosomy naked ladies. She was amazed at Jamie; she thought he was too young for that. He was.

If you think of doing something in New York City, you can be certain that at least two thousand other people have that same thought.

Being hungry is the most inconvenient part of running away.

People working at the Grand Central Post Office grow used to strange remarks. They hear so many. They never stop hearing them; they simply stop sending the messages to their brains. Like talking into a telephone with no one on the receiver end.

A nasty letter or a sarcastic one can make you righteously angry, but what can you do about a polite letter of rejection? Nothing, really, except cry. So she did.

Well, when a house is as old as mine, you can expect everything in it to be thickened by time. Even the air.

“Some people spend all their time on a vacation taking pictures so that when they get home they can show their friends evidence that they had a good time. They don’t pause to let the vacation enter inside of them and take that home.”

“Claudia doesn’t want adventure. She likes baths and feeling comfortable too much for that kind of thing. Secrets are the kind of adventure she needs. Secrets are safe, and they do much to make you different. On the inside where it counts.”

Happiness is excitement that has found a settling down place, but there is always a little corner that keeps flapping around.

“When one is eighty-two years old, one doesn’t have to learn one new thing every day, and one knows that some things are impossible.”

Want more? Check out this list of the best children’s books quotes. Then, find books like From the Mixed-Up Files of Mrs. Basil E. Frankweiler here.