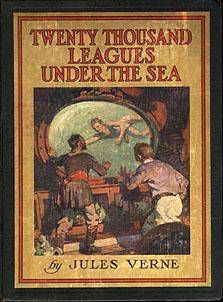 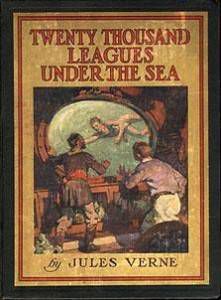 If you’re a fan of fantasy/adventure literature, American history, or advances in underwater warfare,* then you might know that last week marked the 58th anniversary of the commissioning of the USS. Nautilus, the world’s first nuclear-powered submarine. Of course, it derives its name from the craft first captained by one Nemo in Jules Verne’s 20,000 Leagues Under the Sea. In other words, on September 30, 1954, one of the most famous vessels of literature gave its name to one of the most significant warships in real life.**

*Or you just occasionally check out history.com’s This Day in History, like I do.

**Technically, Verne named his Nautilus for the first successful submarine tested in 1800 by Robert Fulton, who was better known for steamships. So really it’s a real ship named for a fictional ship that was named for a real ship. Whatever.

So here’s a little quiz for your Sunday: Which of the following ships set sail on real seas, which ones only floated through the imaginations of writers and readers—and which have done both? Answers later this week…