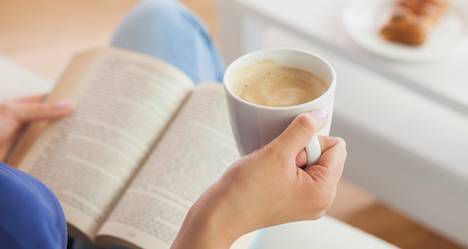 Growing up, I read a ton of books that were chock full of awesome, brash, complex girls, and I’m sure many of you did as well. Today, we have a new abundance of brave girls and young women like Katniss Everdeen, Tris Prior, and Hermione Granger fighting to keep their loved ones safe, standing up beside Jo March, Elizabeth Bennet, and Pippi Longstocking. Not that Jo, Lizzie, or Pippi do very much hand to hand combat, unless you’re reading Pride and Prejudice and Zombies, but still. We all agree that they kick ass! As a mother to a bright, headstrong daughter myself, I love that girls today have various literary role models, unafraid to speak their mind or engage in an epic battle of wits or save the day/universe/Hogwarts/etc. That rocks and authors should definitely keep doing that.

One group that is easy to overlook in favor of those bold youngsters, though, are the ones who are silently strong, for lack of a better term. Those we don’t see as bold because they are the wallflowers and introverts, who are not the protagonists, don’t end up married to the prince, don’t go into battle, or don’t (or perhaps can’t) speak their mind. I don’t think they are intentionally overlooked, or written in any way to play up the bravery of the hero. They often simply play a background role and are not meant to be central to a story. Sometimes, however, these are the bravest people in a novel, and our gaze passes right over them to others who burn brighter. For me, some of these figures of quiet strength have been sources of inspiration, however unwittingly, and I am grateful to them and the authors who helped to create them.

I am a sucker for Arthurian legend in any form I can get it. My favorite interpretation is Marion Zimmer Bradley’s The Mists of Avalon. In this version, Queen Gwenhwyfar, was an obscurely bold woman. She was a queen, true, but also highly neurotic, possibly agoraphobic, a barren queen failing in the one duty expected of her. Yet she faced everything life threw at her as best she could, always publicly supporting her King even if she disagreed with him privately. Gwenhwyfar embodied the experience of women throughout the ages in so many ways. Like so many of her historical sisters, she had had little to no say in the path of her own life, destined to be given over always into the hands of others. She (and her ladies, and sisters in history) had to wait behind while their sons, brothers, husbands, and fathers went to war, had to wait and wonder if they would return. I can’t imagine having to do that. I am not strong enough to have to wait behind and wonder if or when my loved ones might return to me. That takes an incredibly deep strength, but the women in this novel, and many millions of women throughout history, have held onto that strength with quiet dignity.

If you are anything like me, you have spent at least some time admiring Elizabeth Bennet’s wit. OMG, you guys, I am so not quick on my feet like she is! I always think of an awesome response to fling back at my battle of wits partner…three hours later or the next day. It kinda loses its sting to stutter, “Oh, yeah? Well, you’re…like… you know…not nice or something!” Elizabeth Bennet, I am not. Everyone loves Lizzie for her wit, and Jane for her sweetness. We remember Lydia for her scandalous elopement, and Kitty for likely covering up her knowledge of it before it happened. But Mary is the wet blanket, right? Everyone overlooks Mary and her own strength. Mary, the middle daughter, is depicted as pedantic, without grace, with little to recommend her. But wasn’t she also described as the most accomplished young lady of the neighborhood? Wasn’t she well educated, possibly even more so than Lizzie and Jane, for she was ignored and therefore left to her books? I sometimes wonder why Austen didn’t pair Mary off with Mr Collins. It would have solved a lot of problems while still allowing her to retain the rest of the tensions in the plot. There are even implications that she had an infatuation with him, if you read the text in a certain way. So why not? Was it because it was assumed her role as the middle, unattractive daughter was to stay at home and care for her parents as they aged? That isn’t really implied in the novel. But by burying herself in her books and music, is Mary tacitly acknowledging and accepting the role of spinster-caregiver and quietly letting go of the life she could have had before she could get too attached to it? To modern sensibilities, accepting a role that is laid out before us without argument is simply not done. But to be able to choose one’s own path, for women OR men, is a pretty new thing, really. Maybe Mary would have wanted to marry and have a family of her own, but in an epic taking of one for the team, maybe she quietly retired to her role as the spinster daughter and sister. If that isn’t a demonstration of bravery, I don’t know what is.

There are tons of quietly kickass women in literature – Arwen, Mrs Fairfax, Lady Dashwood, Luna Lovegood, the Virgin Mary. Even Katniss is introverted – the book shows this side of her far more so than the films did. Who else do you see as the strongest yet introverted and underestimated characters in literature?