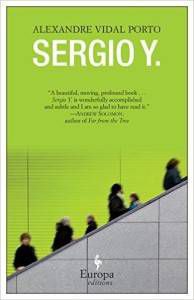 Armando, one of the most renowned therapists in São Paulo, wonders whatever became of his 17-year-old former patient Sergio, who cut off treatment after he found the life he was looking for following a visit to New York City. After a bit of searching Armando finds that Sergio is now living in NYC as Sandra. But shortly after, Armando learns of Sandra’s unexpected death, sending Armando on a path to learn the truth, not just about Sandra, but of very human need to follow one’s own path and be true to yourself. This novel is a moving exploration of identity. Winner of the Paraná Literary Prize for Best Novel.