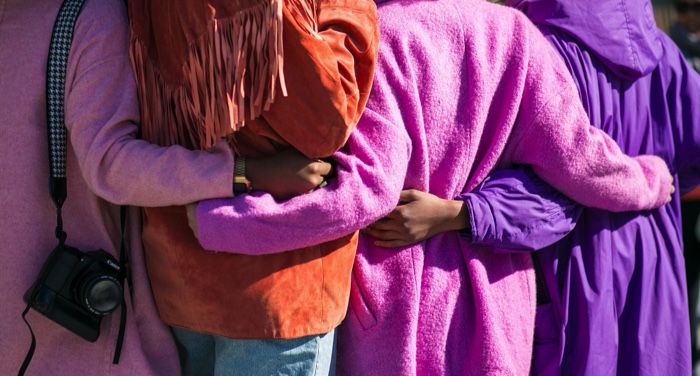 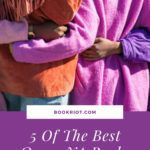 One of the reasons why I love Pride (aside from taking the time to remember all of the rights the LGBTQ+ community has fought for and the leaders who paved the way for acceptance and love) is that it’s an opportunity to celebrate community. I think I speak for a lot of queer people when I say that we would be lost without the amazing friendships that are forged within the queer community. This Pride, I wanted to take a moment and appreciate a few great YA books that do feature romance, but they also include amazing, supportive, complicated friendships between queer characters. I hope you’ve found your community, and if you haven’t yet, these queer YA books about friendship are here for you!

Codi Teller is a queer teen with two fantastic friends, Maritza and JaKory, who are also queer. The three pass summers the same way every year: movie nights in Codi’s basement, days spent at the pool, and hanging out at their favorite coffeeshop. But this summer, Maritza and JaKory want more, and they want to try new things in the hopes of finding love. Codi wants that too, but she’s way more reserved and hesitant about their plans to put themselves out there. When Maritza and JaKory go to a party without her, Codi ends up having to go late to bail them out. But once she’s there she meets Ricky, a guy a year older than her who is also gay. They strike up a friendship that is surprising to them both at first, but also exciting. Ricky introduces Codi to his friend group, where Codi finds acceptance and even a new crush who almost certainly likes her back…but Codi doesn’t tell Maritza or JaKory about any of these new experiences. This is such an excellent book about the complicated nature of friendship, identity (beyond coming out), and how to navigate relationships with very different friends, family, and crushes. 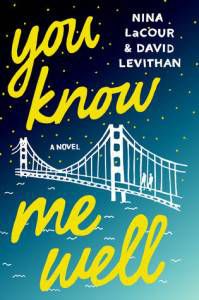 In this dual perspective novel, Kate and Mark have gone to the same school and even shared classes, but have never spoken until Pride month. They’re both in the city for Pride celebrations when they find themselves in awkward situations: Mark is in love with his best friend who doesn’t reciprocate those feelings, and Kate is running from a new chance at love. When Mark and Kate collide, they decide to have the best Pride week of their lives and they support each other to stretch beyond their boundaries. Along the way they discover that for only just barely meeting, they know each other quite well. This is a fantastic collaborative novel between two queer authors that is a joyful celebration of queer friendship, romance, taking chances, and expanding your community. 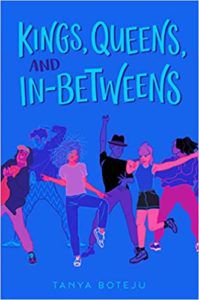 Nima is a biracial lesbian who is still grappling with the fact that her mom left her and her father a year earlier without explanation. She’s hopelessly in love with her straight friend, and when she tries to express her feelings, she’s let down. Then when Nima attends a summer festival in her small town and stumbles upon a drag show, her entire perspective changes. She meets Deirdre, a fabulous queen who takes Nima under her glittery wings, and Winnow, a drag king that Nima instantly has feelings for. But Nima feels completely out of her depth among this loud and proud community, and she must rely on friendships new and old to find her confidence in this sparkling debut about finding the courage to put yourself out there, and also to confront your past. 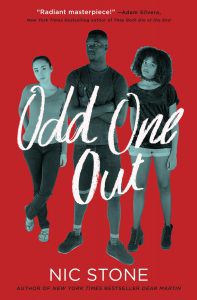 Coop and Jupiter are next-door neighbors and have been best friends for as long as they can remember. Coop has a huge crush on Jupiter, but he knows that Jupiter is only interested in girls. Lately though, Jupiter has been wondering what it would be like to be with Coop in a more romantic way. Then, new girl Rae moves to town and immediately becomes friends with Coop and Jupiter, who are both attracted to her. This is a love triangle book that examines sexuality, friendship, and the complicated markers of identity with real care and sensitivity. 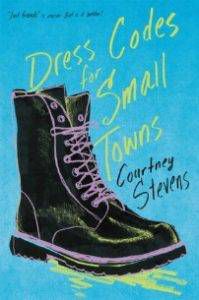 Billie is the pastor’s kid, which isn’t easy in her small town where she’s always been known as a tomboy and her hobbies include artwork that no one understands. Luckily for her, she has an incredible friend group that is always there for her. But when one of her friends, Janie Lee, confesses that she has a crush on another guy in their group, Woods, Billie is left with complicated feelings. She thinks she likes Woods, too. But she also really likes Janie Lee. And she has no idea what to do about either of these crushes. Although not every member of this friend group identifies as queer, it’s a fantastic example of reaffirming and supportive friendship that sometimes gets messy and complicated.

What are some of your favorite queer YA books about friendship? Share them with us on our YA Instagram account, @BookRiotYA! And have a happy Pride!